To help bring that to fruition, Father Christopher Bethge, parochial vicar, and Youth Minister Rose Ruesing are coming up with creative ways for the teens to offset the steep costs of the trip.

After the morning Masses Feb. 11, members of the youth group organized a food sale and sold homemade cupcakes, muffins, bagels, coffee and juice. During the noon Mass, parishioners from the Spanish Mass had a more lunch-friendly menu with arroz con pollo or chicken and rice, salad and tacos.

That’s because by September, each person is responsible for raising more than $3,000 in order to attend the event.

Joining on the international trip will be about 150 pilgrims from the Diocese of Brooklyn.

“Many pilgrims will be fundraising to help make this pilgrimage a possibility,” said diocesan Youth and Young Adult Faith Formation director Paul Morisi. “These fundraisers range from selling T-shirts with the parish name on it, to bake and international food sales to trivia nights.

In addition, these pilgrims will be spiritually prepared by gathering for formation opportunities with their local parish and diocesan community.” 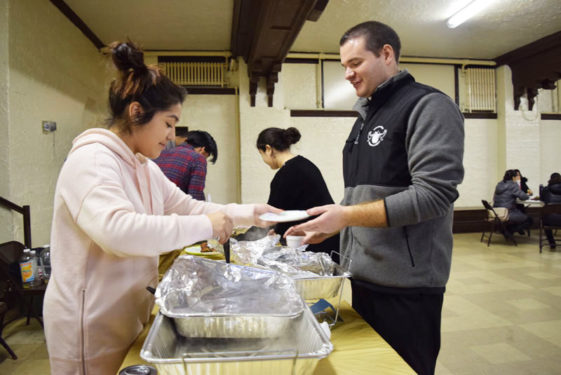 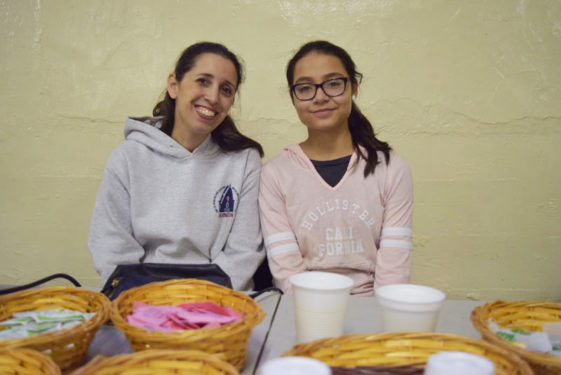 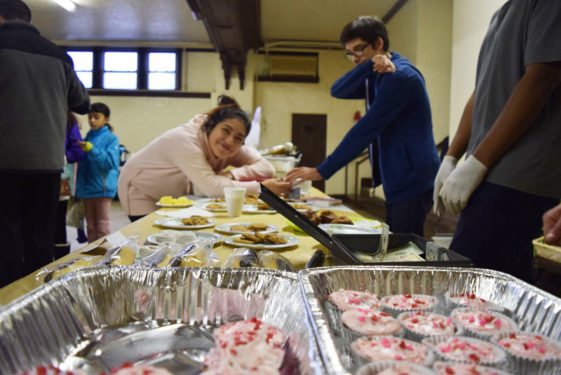 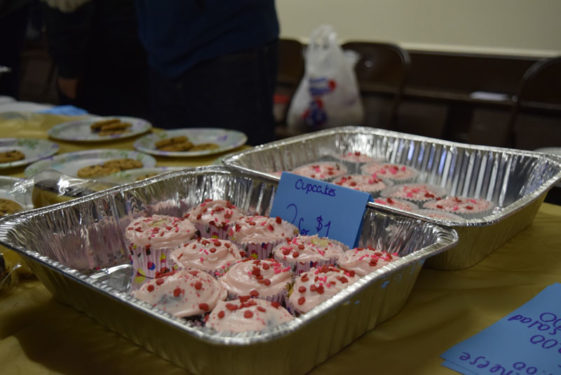 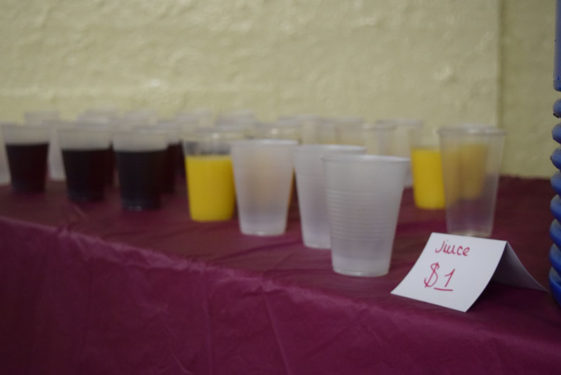 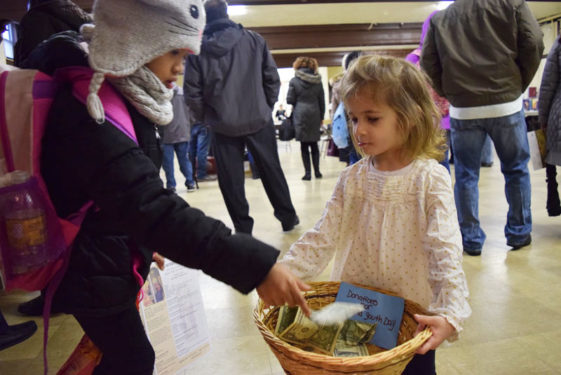 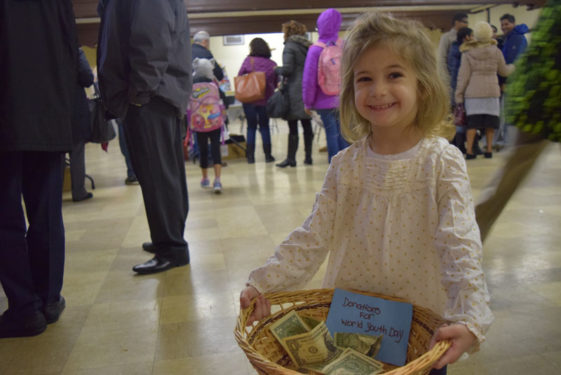 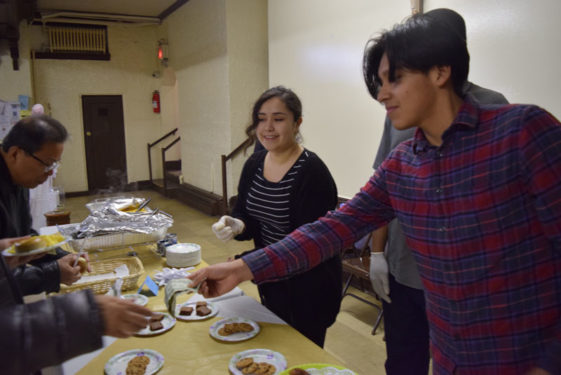 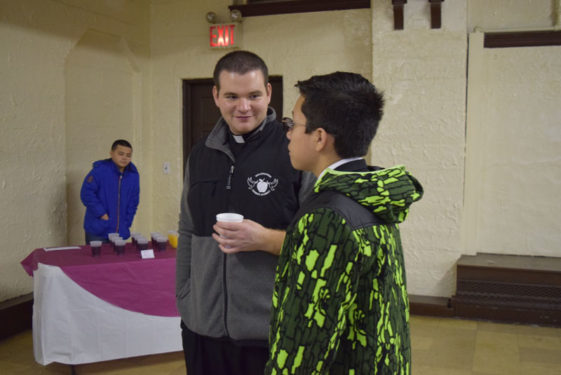 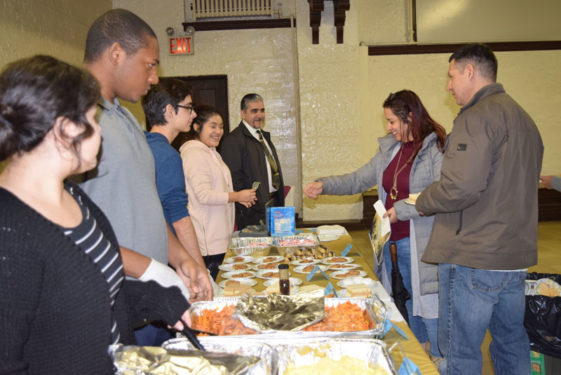 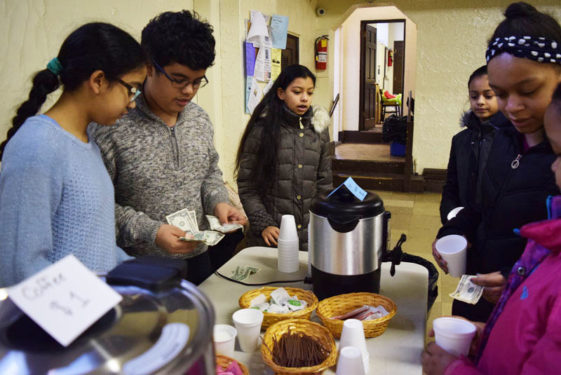 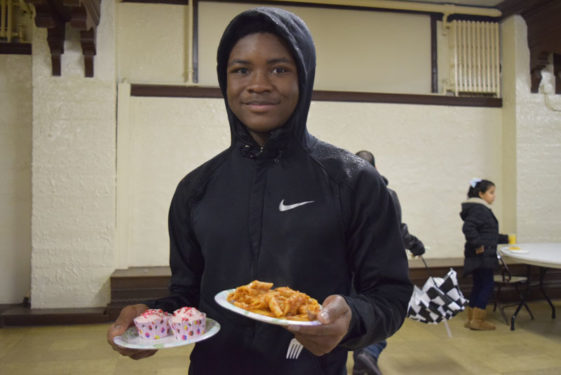 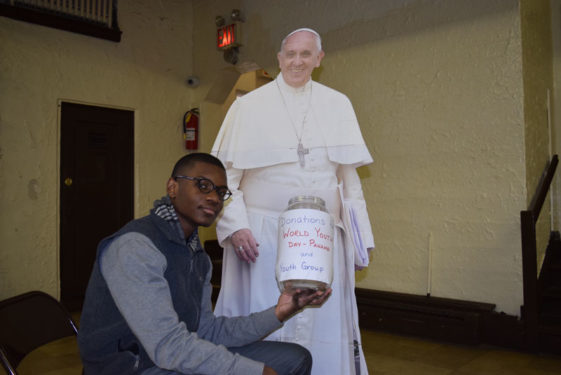 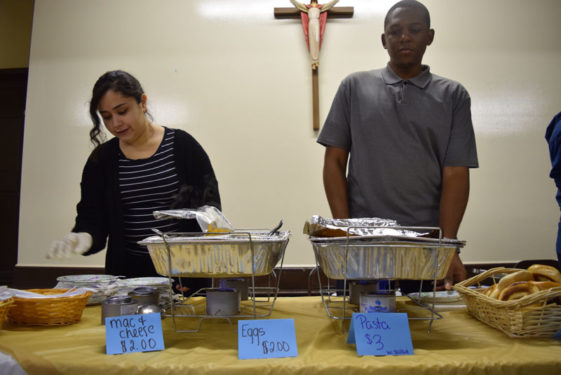 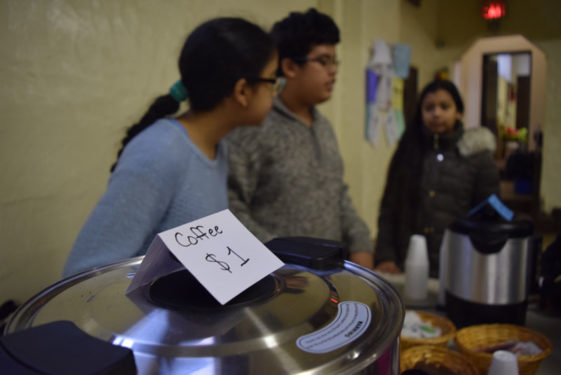 While Incarnation will be sending only six pilgrims and two chaperones to the capital of the Central American country, that’s not an adequate reflection of the growing size of the youth group’s love for one another.

Seventh-grader Ariadna Fuentes won’t be able to attend the Panamanian pilgrimage due to age restrictions – she’s below the 16 to 35 year-old suggested age range. But that didn’t stop her from sharing her time and talent with those she considers her good friends.

“It’s just for the good of it,” said Fuentes, who sold her homemade pumpkin muffins. I know my colleagues really want to go, so I’m trying to do the best I can to help.”

Leading the group as they mixed their small works of charity and flavors of joy was Father Bethge. The young priest had his heart set on attending World Youth Day in Kraków, Poland, but that idea didn’t fall into place. So when Pope Francis announced that the next host country would be Panama, he decided to make the idea a reality, especially for his parish’s youth group.

“We’ve done bake sales, we’ve done flea markets, we’re going to do a trivia night and a talent show,” said Father Bethge. “I mean we could do the same thing over and over again but it gets stale, so you have to be creative and be unique.”

The creative initiatives began when the parish sold sweatshirts last year to commemorate the parish’s 90th anniversary. That’s when a portion of the proceeds from the clothing sale became the first monetary contributions to the World Youth Day venture.

“Fundraising is important because it’s not a vacation, it’s a pilgrimage, it’s going to be tough,” added Father Bethge. “I’m excited to see them, see their experience, see how they grow, hopefully see how vocations are formed, so we’ll see.”

As the morning drizzle slowly became afternoon rain showers, the teens’ positive attitudes didn’t grow lukewarm despite the hours they spent together in the church’s basement serving food and drinks to the community. High school sophomore Kevin Gomez explained that the fundraising was fueled by a deeper purpose.

“I would say it’s vacation because we’re all family members here and so we all will go together, but it’s also a pilgrimage,” said Gomez, who attends St. Francis Prep, Fresh Meadows.

“We’re going to go see the pope. We do it for our faith and I find that really, really good.”

At the end of the fundraising finish line would be a chance for the diocesan youth to live their faith out loud, united in Christ with millions of other young Catholics in solidarity with Pope Francis, priests, religious brothers and sisters.