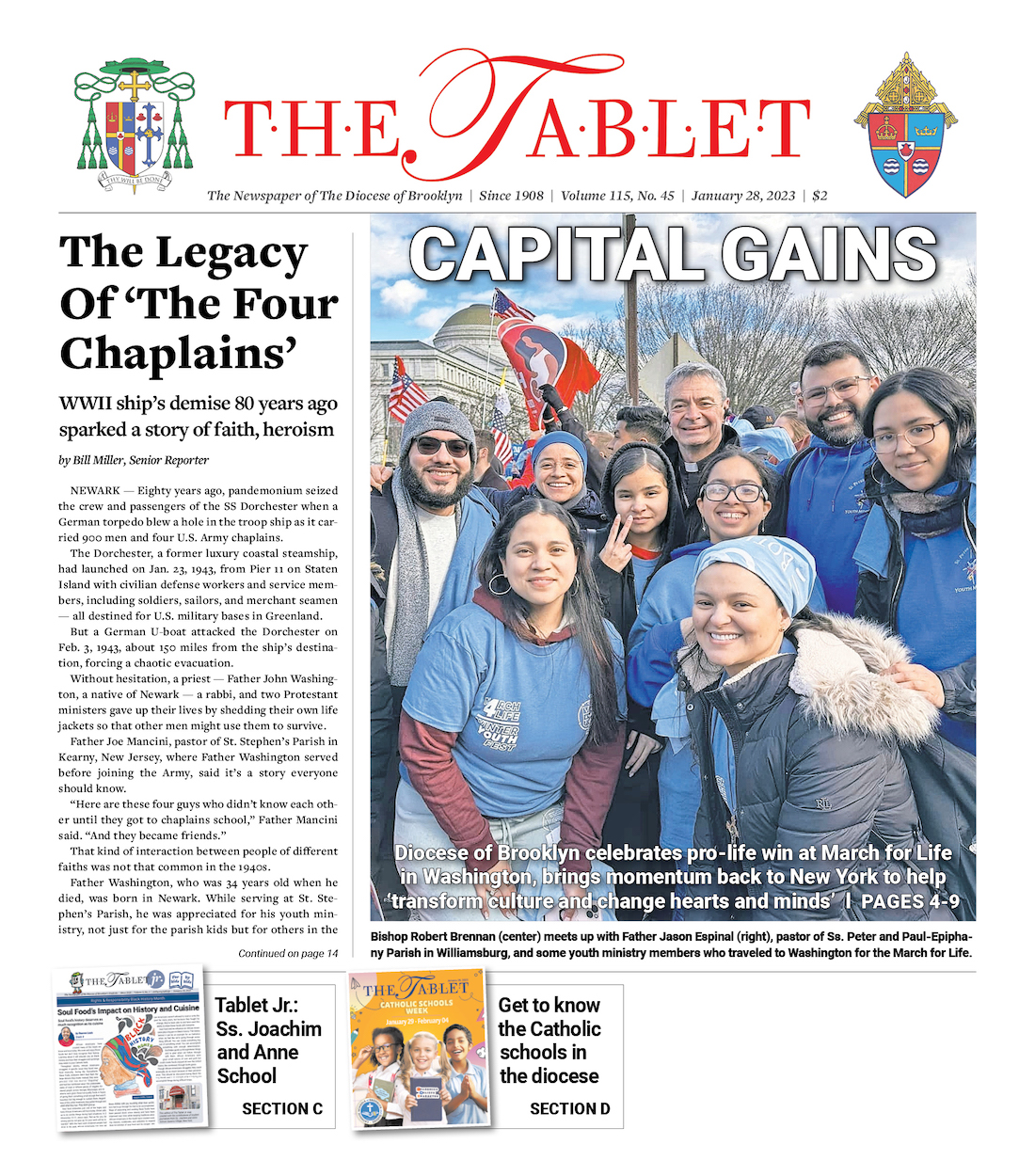 As a member, you will receive special access to diocesan events, members-only content, networking gatherings, and recognition for your support. Read More

Letters to the Editor

Click here to read this week's letters to the editor. Read More

Public criticism by cardinals and bishops is annoying -- "like a rash that bothers you a bit," Pope Francis said -- but differences need to be aired and criticism can be helpful, he told the Associated Press. Read More

As the persecution of Christians in Nigeria continues, a member of the U.S. government’s international religious freedom watchdog has urged the State Department to designate Nigeria a “Country of Particular Concern” and recommended the appointment of a Special Envoy for Nigeria and the Lake Chad Basin. Read More

While news agencies and Catholic social media denizens these days gorge themselves on the Vatican’s mounting “Battle of the Books,” seeing who can craft the most sensational headlines or tweets about several controversial new volumes making the rounds, other outfits are, thankfully, still concerned with things that actually matter. Read More

The U.S. Supreme Court will take up a case about religious accommodation this spring when it examines an appeal by a former postal worker who was forced to work Sundays delivering Amazon packages. Read More

NYPD detectives Jason Rivera and Wilbert Mora were honored during a memorial Mass at St. Patrick’s Cathedral, the same place where the funerals for both detectives took place last year. Read More

Ed Wilkinson, editor emeritus of The Tablet, who spent 50 years covering the Diocese of Brooklyn, has authored a book, “Chasing Church News,” featuring photos he has taken over the past five decades Read More

Mother and Father of Migrants: Lessons Learned from Saints

Up Front and Personal

Carrying the Cross For Jesus in D.C.

A Moment of Grace During The Recessional Hymn

Blessed Are Those Who Depend on God

Moral Decline Leads to a City Where Crime Does Pay

Pope Benedict’s Death Is the End of an Era