CROWN HEIGHTS — Missionaries from the Institute of the Incarnate Word have been pounding the pavement this September to invite Brooklynites around St. Teresa of Avila, Crown Heights, and Co-Cathedral of St. Joseph’s, Prospect Heights, to church.

The group of 40 religious brothers and sisters, most of them students, came from the Washington D.C. area. They begin each day in Brooklyn with a Mass and spend most of their days walking the streets around the north end of Prospect Park to invite people to Mass.

Mother Maria Aeiparthenos, S.S.V.M., the sisters’ mistress of novices, said the missionaries initially went door to door, but after spending the first few days surveying the area, they decided it was better to encounter people on the streets.

Some sisters form a musical trio with guitar, violin and flute. taking the role of street performers, while others kick soccer balls and throw frisbees with children in the park, and others simply greet locals to engage them in conversation. All have pamphlets in hand, listing mission events and weekly Mass times.

Father Mariano Ruiz, I.V.E., the brothers’ novice master, said the mission is a testament to St. Paul’s words, “Woe to me if I don’t preach the Gospel.”

Mother Maria said when Msgr. Kieran Harrington, the rector of the Co-Cathedral of St. Joseph’s, invited them for the mission, he told them that they may face indifference, but that the people are good. He wanted them to bring their faith to everyone and bring people to church.

They were also told they would encounter lots of young people, which is perfect for a group made up mostly of men and women between the ages of 18 and 35. Mother Maria said when a large group of them congregate together, people stop to ask what they are doing. While many may be indifferent, many young adults see the reality that people their age are giving their lives to God.

Many of the brothers and sisters have experienced gratitude for their presence and openness to talk with everyone they met. They engage people of all faiths, from Buddhism to Christian Scientology.

Adir Cohen, who lives along Eastern Parkway and walks his dog Mocha every day in Mount Prospect Park, described the missionaries as “a joyful presence in the community.”

Cohen, who is Jewish, loves seeing the sisters and brothers playing with kids and playing music. He stopped to talk to one of the sisters.

“It was so nice to talk to someone about their faith and our faith, and it not be an argument,” Cohen said. “I really enjoyed our conversation.”

The missionaries have also encountered many Catholics who had left the church. Sometimes, they are a sounding board for someone who has been hurt by the church.

Those conversations, and even a simple hello to someone passing by, are important, Father Ruiz said. He understands the indifference is interwoven with the busy, fast-paced lives of New Yorkers who find it tough to stop for the missionaries. But the religious show everyone they meet that the church will come to them.

Sister Mary of Confidence, one of the missionaries, explained their approach is based on St. Don Bosco’s “preventive system,” which lets people know that they are loved.

“I try to tell them, ‘He’s always waiting there for you; no matter how many times you fall, He’s there to pick you up,’” she said.

“We’re not going to see the fruits right now, but maybe three months down the road, something might happen, and they’ll go, ‘I had that encounter with a religious or a brother and they gave me this holy card. Let me look at it. I’m struggling. Let me see.’” 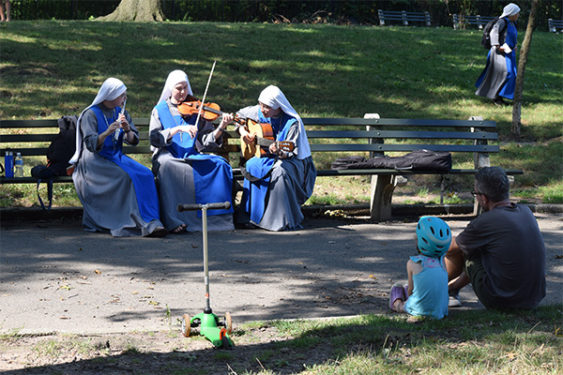 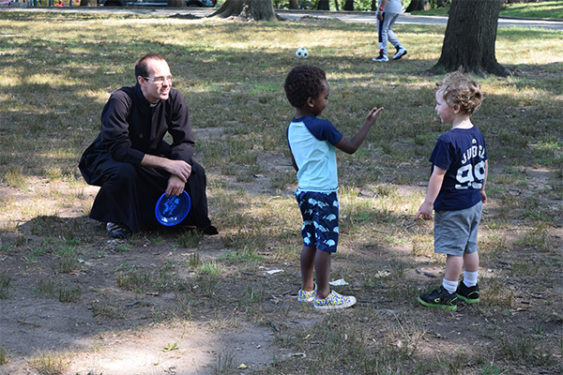 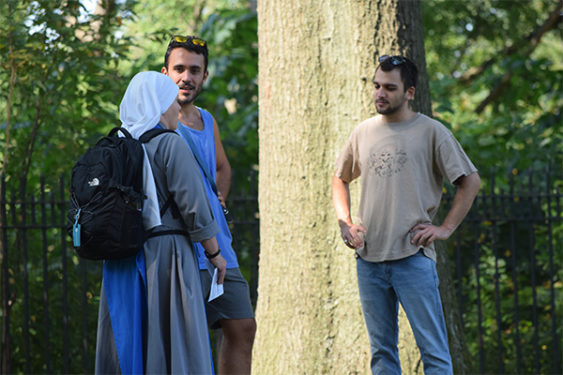 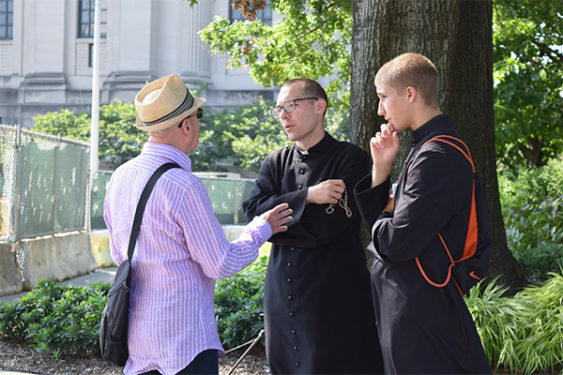 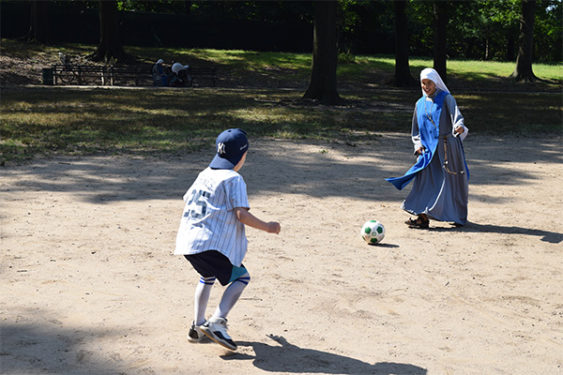 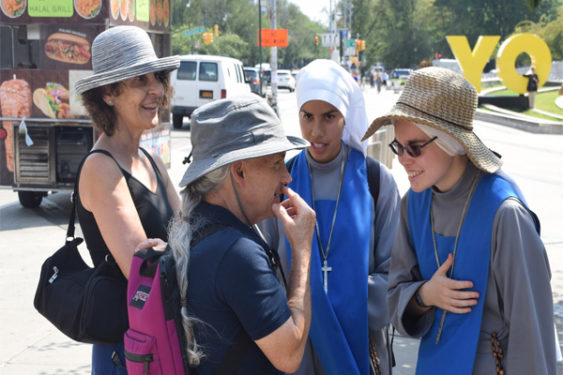 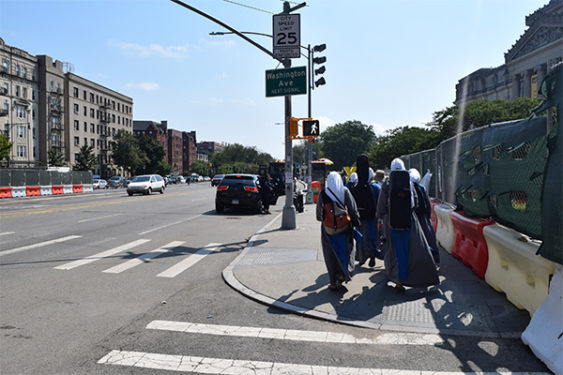