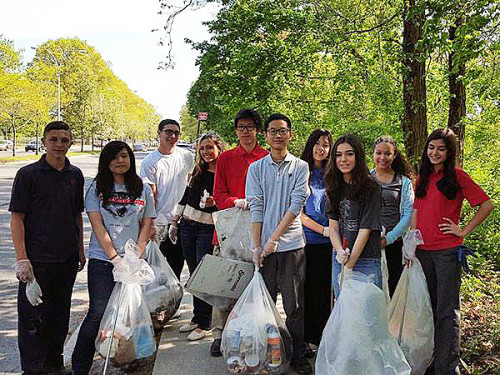 The Hero Club, which is a service club at St. Francis Prep, Fresh Meadows, hosted a successful Cunningham Park clean-up. Members of the club recruited friends and others who were interested in helping out with this effort.

The Hero Club also ran its first-ever pay it forward campaign titled, “Thanks for Being a Hero.” Hero Club members designed and implemented this program themselves because they wanted to give back to their own St. Francis Prep community in some way. During the first week, club members practiced doing good deeds around the building. By modeling what it means to be a hero, the intention was to pass along the idea to pay it forward and help out another person. During the second week of the campaign, club members were on the look-out for other students and faculty who were helping others.

If a random act of kindness was spotted, the member would approach the hero with a thank-you pen that said, “Thanks for being a hero,” on it.

Attached was a piece of paper that said, “We recognized your good deed and others will too. Keep up the good work! Love, The Hero Club.” It is just a simple way to reinforce kind and helpful behavior around our school.

Home Is Brooklyn; Campus Is NYC 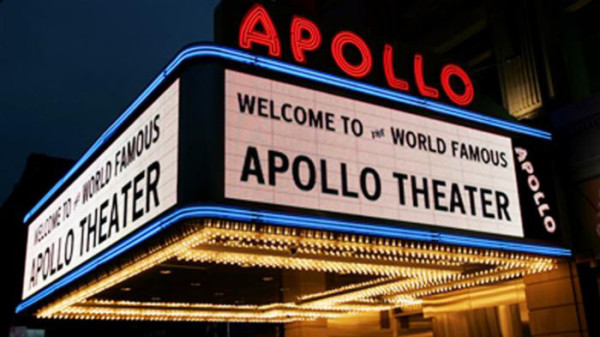 Students from Bishop Kearney H.S., Bensonhurst, took the stage at the world famous Apollo Theater as part of the Brooklyn Is Our Home, NYC is Our Campus program.

At the historic Apollo, students connected with the past, present and future of the legendary venue.

The tour enlightened the group to the significant contributions of the legendary African American and Latino performers and many little known facts about the theater. The tour told the dramatic story of a proud people, an aspiring community, and the rapid growth of a small idea that provided something meaningful to everyone.

Following the tour, Maureen Griffin, Kearney’s own historian, pointed out several landmarks including Grant’s Tomb on the bus ride home.