BROOKLYN HEIGHTS — A migrant crossing into the United States at the southern border probably assumes that anyone wearing a white polo shirt with a coat of arms embroidered on the chest paired with slacks and a ball cap is a U.S. government official.

Five Franciscan Brothers of Brooklyn discovered that when they wore those official-looking clothes for a day in early August during a trip they made to a shelter in El Paso, Texas. They were helping immigrants who had just been in ICE (U.S. Immigration and Customs Enforcement) custody.

On the second day of their Aug. 4-10 visit to the shelter called “August at Casa de Refugiado,” the brothers switched to their familiar habits.

“The witness of the Franciscan brothers, it brought something,” Brother Joseph Bach told The Tablet during an interview at a Franciscan friary in Brooklyn Heights. “Even when they saw the Tau cross, and especially the habit, it was something they could relate to. It was something that made them feel comfortable in that moment.”

“Everybody coming out of Central or South America knows what a Franciscan habit looks like,” Brother Geoffrey Clement said. “It’s not a mystery to anyone.”

Brothers Geoffrey and Joseph traveled to El Paso with Brothers Thomas Barton, Padraic Campbell and Gregory Cellini to take part in the “Encuentro Project,” an immigrant-help program run by a Jesuit priest and two Marist brothers at two shelters, including the one in El Paso and another in Cuidad Juárez, Mexico.

The group from Brooklyn was many that come throughout the year to volunteer for a week. The volunteers conducted what is known as an “intake” interview, asking migrants for their basic information to better determine what the migrants’ next steps will be. The religious volunteers also offer spiritual guidance and help provide migrants with basic necessities like clothes, food and toiletries.

The brothers from Brooklyn wanted to gain firsthand experience at the border.

“To see the wall, to see the border, to walk into Mexico, to come back over that border really words can’t describe it,” Brother Gregory said. “You have to participate in something like that really to get the full effect.”

On their first day, Brother Geoffrey was asked to watch a young boy lying on a cot in a dormitory room while his mother went to get toiletries. Brother Geoffrey saw that the boy named Jesús was physically handicapped, and his mother was worried that if Jesús was left unattended, he would fall off the cot and hurt himself, which he almost did.

The encounter left Brother Geoffrey thinking about how the mother had traveled across a desert with her handicapped son. He wondered, “What’s going on in their home countries that would compel someone to flee with everything they own and their children to a fate unknown, a culture unknown?”

Brother Joseph met a mother with her son, Kevin, 10, and daughter who had traveled from Zacatecas, a state in central Mexico. They fled to the border after the mother said the cartels tried to make Kevin a drug runner. That wasn’t the life she wanted for him.

Kevin and his mom and sister were headed to Oklahoma to stay with an uncle until their family’s asylum hearing in Dallas. Brother Joseph saw Kevin and his family, along with other families at the border, and thought, “How can we take their value, dignity and worth away from them?

“When you hear their story, you can’t help but be touched,” Brother Joseph said. “These are human beings made in the image of God and therefore good, and how can we turn our backs on them?”

Brother Joseph said the trip rejuvenated him as a Franciscan brother. It allowed the brothers to follow in the footsteps of the two first two brothers from their order who came from Ireland to Brooklyn in 1858. They came to America to serve immigrant families.

“That’s what our charism is about,” Brother Joseph said. “How can we respond to the Gospel and how does it change us in order to respond to those in need around us. Right now with the immigrants, there’s a need, and we need to respond. That’s very Franciscan.”

Tim Harfmann of Currents News contributed to this report. 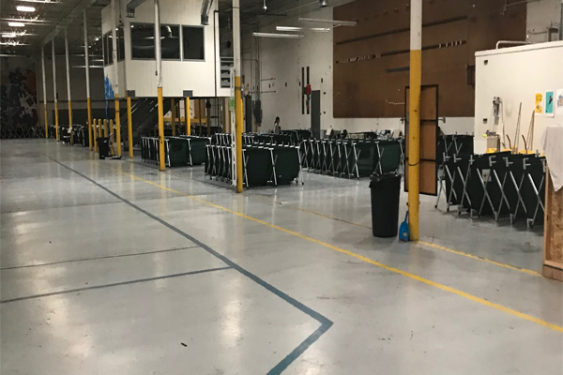 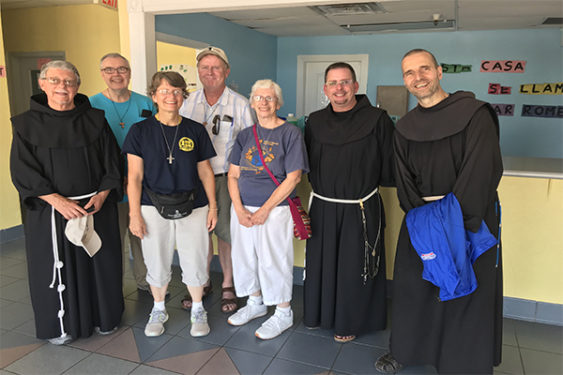 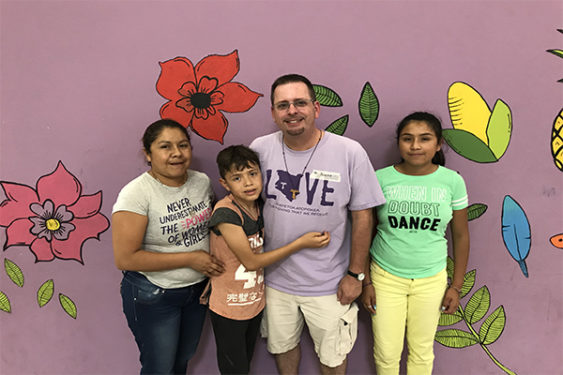