And the Catholic community was near the front of the West Indian Day Parade on Sept. 2 to proclaim their Caribbean Catholic culture and religion and invite others to join them.

Dozens of parishioners originally from Caribbean islands, such as Grenada and Trinidad and Tobago, made their way down the parade route singing their praise to God. They were unified by their red Diocese of Brooklyn T-shirts amid other parade participants who were dressed in vibrant colors, as many displayed pride for their native island.

The Catholic community also made presence known through songs of worship. Many groups followed trucks that had loud sound systems playing music, including a group from the Diocese of Brooklyn. Members of the diocesan group passed out rosaries and prayer cards, and even Mass schedules.

The morning began for the Catholics with a Mass at St. Matthew’s, Crown Heights, near the beginning of the parade route.

Angelica Vigil, a parishioner at St. Matthew’s, celebrated the Mass and parade with her son Roemello Joseph, who was the altar server at the Mass. Vigil distributed rosaries and prayer cards along the parade route, while also engaging those she passed by in brief discussions about the faith.

Others in the group sang about the great things God had done in their lives, while waving their native flags proudly.

Norma Felix, who attends church at both St. Teresa of Avila, Crown Heights, and St. Augustine’s, Park Slope, is originally from Haiti. She said, “Our flag is our life in Haiti.”

Felix appreciated the opportunity to praise the Lord in public and show what God’s light can do.

“We are putting our faith out there,” Felix said. “We are not afraid of who we are as Catholics, so I think today is a day for everyone who is not a Catholic to become one, and to see the joy we have on the parkway. We are people from different parts of the Caribbean.”

At the Mass at St. Matthew’s, Father Herman Sharplis, the celebrant who is visiting from Brooklyn from Dominica, urged all “to love their neighbor,” as he reflected on the Good Samaritan.

“If we are serious about being Christians, we must make compassion a way of life,” Father Sharplis said. “On this Labor Day, the call is for us to be compassionate. I am saying to you, and I am saying to myself, ‘Everyone is our neighbor.’” 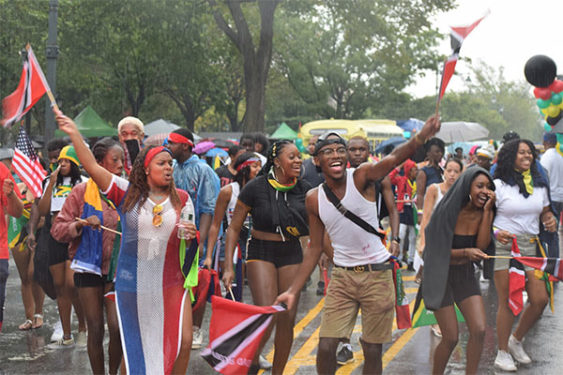 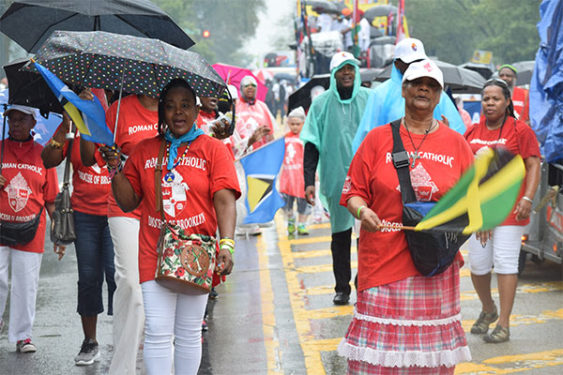 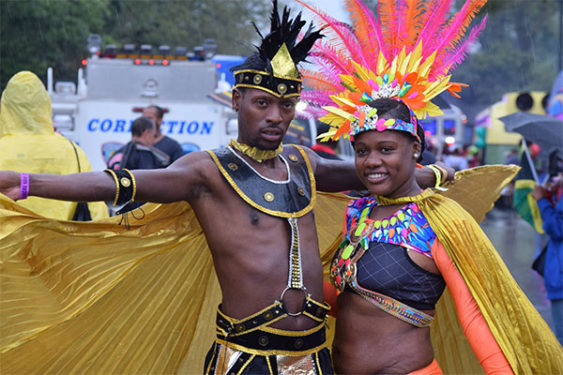 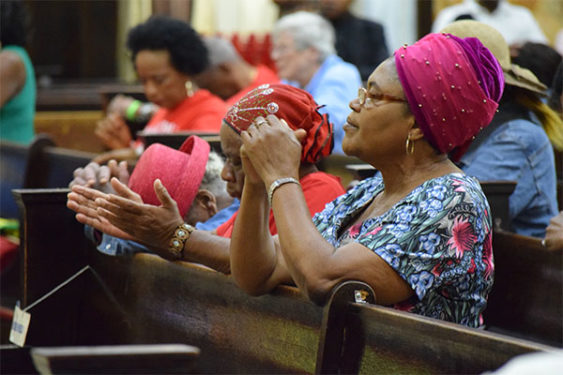 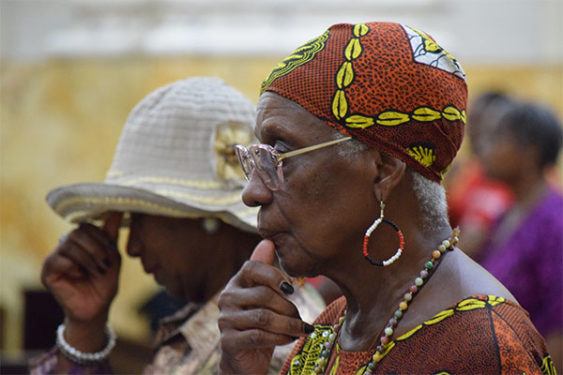 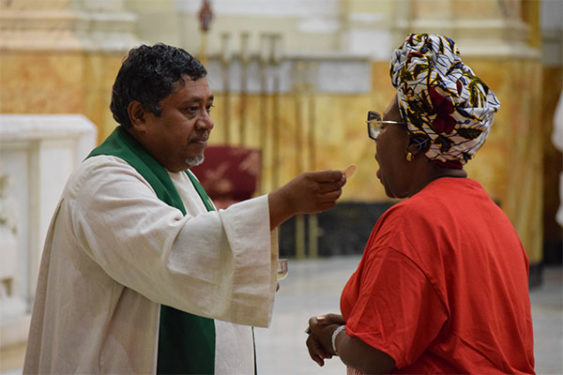