A small group of military servicemen and women attended an information session at St. Francis College, Brooklyn Heights, July 26 to gather intel on how to begin a new journey of sorts: serving their communities in the classroom through a national program called Troops to Teachers.

The program, initiated by the U.S. Department of Defense, was designed to assist eligible military personnel in their pursuit of teaching as a second career where they can contribute their skills, knowledge and experience to schools with a need for teachers in critical subject areas like math, science and special education.

Since 2003, enlisted service members have been leaving the military at a rate of roughly 250,000 each year, according to a report released by the Watson Institute for International and Public Affairs. The Department of Defense estimated the rate would remain high through 2019, with an estimated quarter million enlisted service members and officers separating from the military each year.

New York ranks as the seventh state with the largest amount of veterans. With the growing population of highly trained and experienced individuals, several faculty members at St. Francis College are putting a stake in the numbers game by spearheading a fully comprehensive program within the college. Troops to Teachers New York is currently the only program that exists for the entire state.

Leading the initiative is associate professor Dr. Peter Leibman, who placed hundreds of St. Francis College grads in full-time teaching positions throughout his career. But more than just maintaining such employment rates of success, Dr. Leibman and his colleagues offer a helping hand, a support system that pledges to connect critical resources to the veterans beyond just their professional needs.

“Veterans have put their lives on the line for us,” said Dr. Leibman. “There should be jobs available, we should do everything we can to help them out so they can make a contribution. Role models are needed. What better role models can you think of than veterans.”

Education By the Numbers

The same report by Watson Institute stated that 2008 was the year in which the highest concentration of U.S. troops were deployed overseas. Almost 95 percent of those enlisted did not have a bachelor’s degree. More than half of veterans surveyed left the military without a job, expecting to find meaningful employment.

Troops to Teachers New York ensures that veterans seeking such jobs will meet all educational and licensing requirements in order to effectively be placed at a school.

Anna Zogas researches medical diagnoses within the U.S. Department of Veterans Affairs. She painted a stark picture in her research.

“In broad strokes, this is a population of young veterans who are simultaneously finding new jobs, establishing new daily routines, and taking on new challenges like earning college degrees. Exiting the military can also mean relocating, living independently for the first time, reuniting with a partner and children after long periods overseas, or becoming a parent.

“These major life changes are challenging for military veterans, just as they are challenging for anyone. The challenges associated with these changes are not easily studied or represented, in part because they are not captured by medical diagnoses, and in part because it is difficult to draw meaningful lines between physiological, psychological, and social problems,” Zogas said.

Hope for Those Who Serve

In the past year, female veterans saw a 2 percent spike in their unemployment rate, according to the Department of Labor’s latest Veteran Employment report.

For Claudia Ramos, whose daughter has special needs, her goal is to become a special education teacher despite the negative perceptions associated with being a veteran. She leaves with glimpses of hope after what she learned at the meeting.

“I hope that this will be like an answered prayer for everyone else who is trying to stay away from homelessness because there are too many veterans going through that,” said Ramos. “Once you’re in the military you feel like family, and once you leave it, you feel like you’re completely alone.

“Not that the world owes you anything, not at all. This is something we did as part of saying thank you and something that we want to feel, like serving is a way to let the world know you care and love them enough to fight for their freedom, but at the same time, I don’t know, you just do what you can.”

As the informational meeting came to its conclusion, Dr. Leibman offered his personal insight to the veterans and their journey ahead by sharing a story about a teaching experience of his own.

He recalled the moment he met a young male student sitting outside a classroom with his head down. After the two exchanged words, he learned that the young boy was mocked because his reading comprehension level wasn’t up to par with his classmates. It was in that moment that Dr. Leibman devoted his resources in order to bring that young boy up to speed with the educational expectations of his grade level. Fast forward many years later to an event that allowed the two to be in the same space once again.

Except this meeting had a positive spin. The young man in front of him was a businessman and father who thanked Dr. Leibman for being the only person besides his wife who believed in him.

To learn more about the Troops to Teachers program, contact Dr. Peter Leibman from St. Francis College at pleibman@sfc.edu or 718-489-5282. 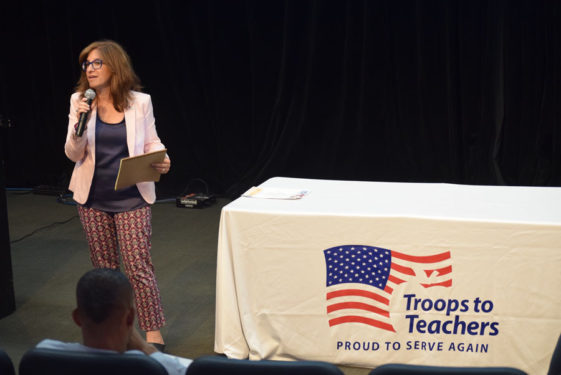 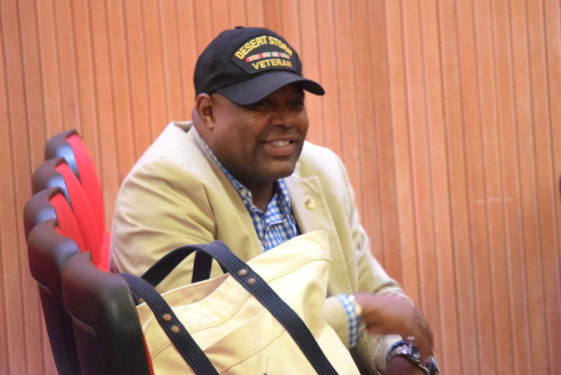 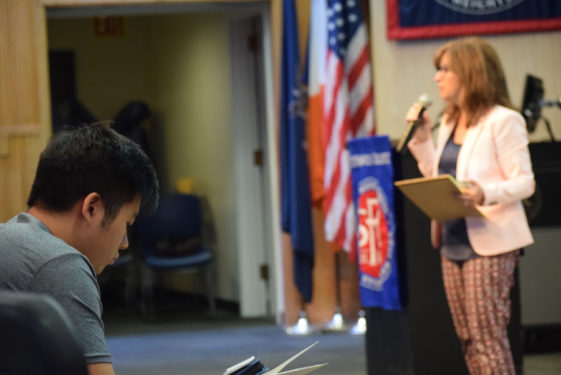 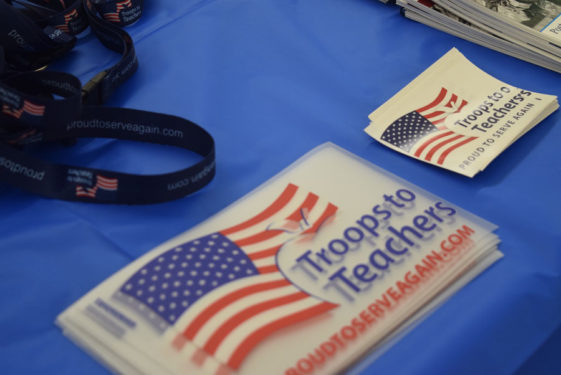 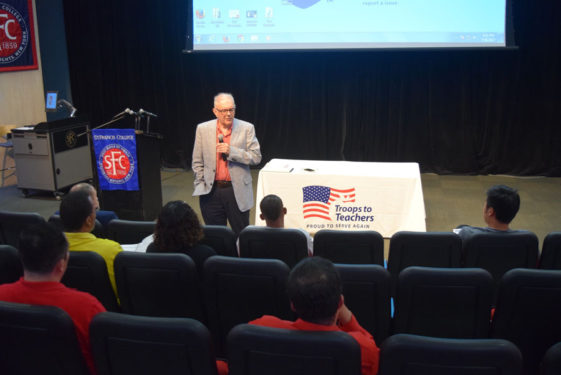 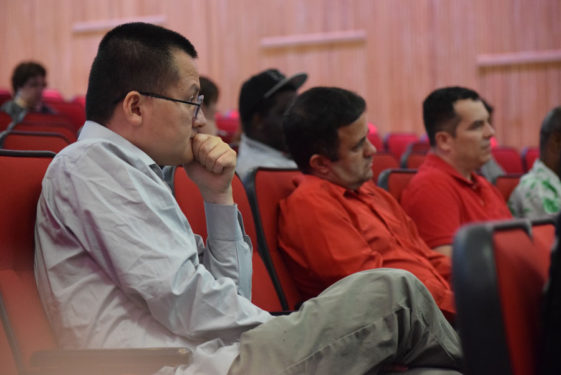 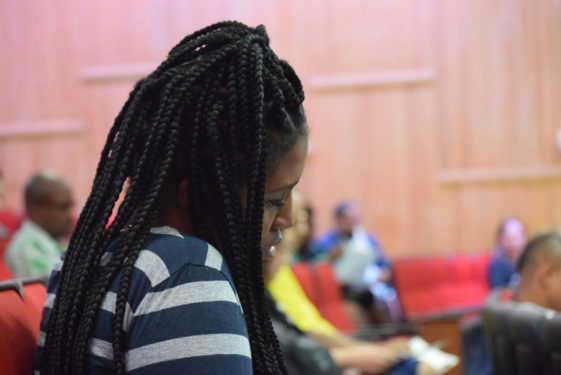 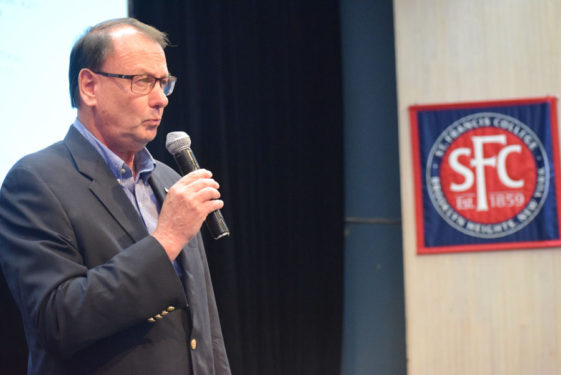 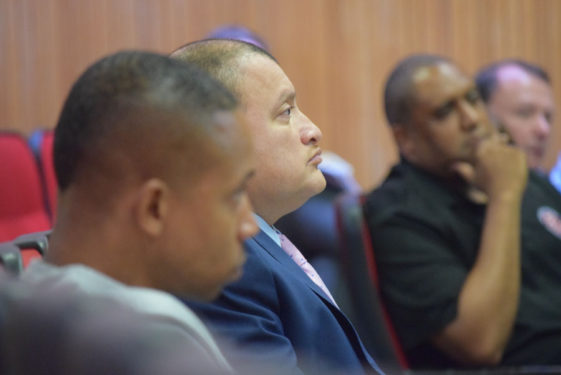 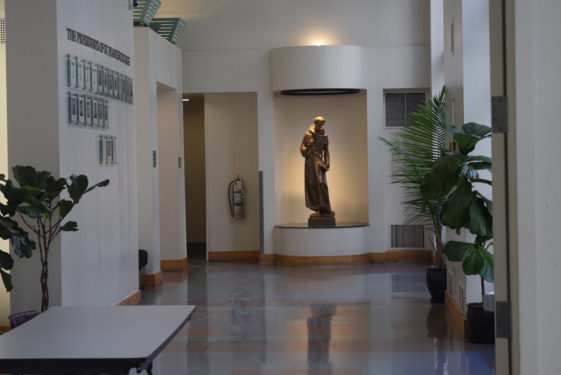 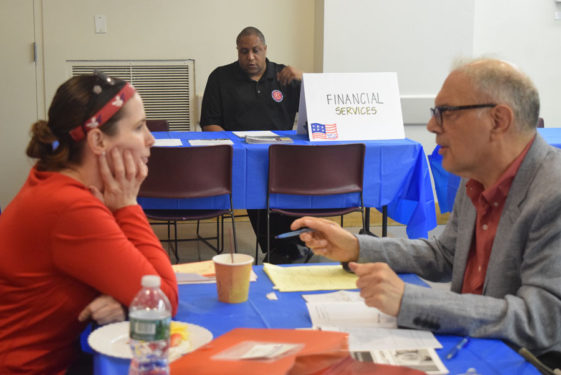 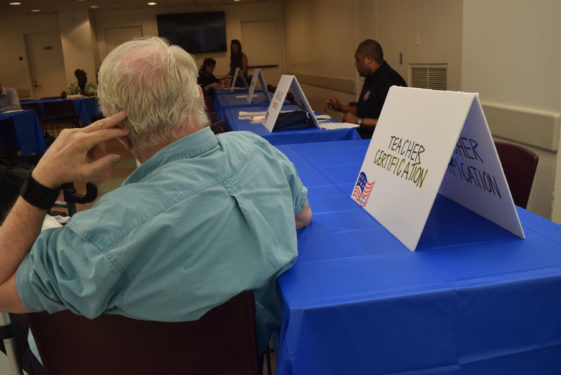