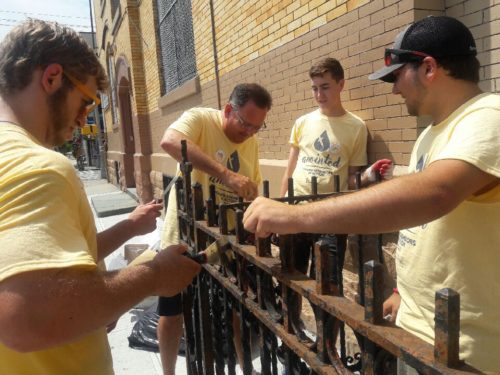 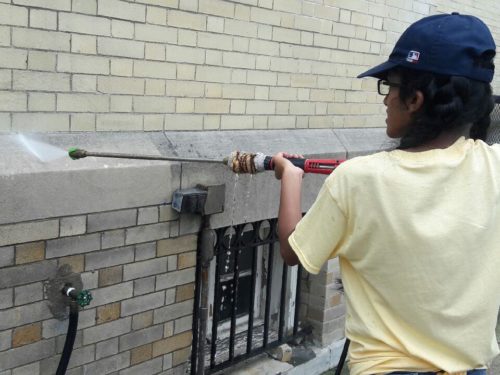 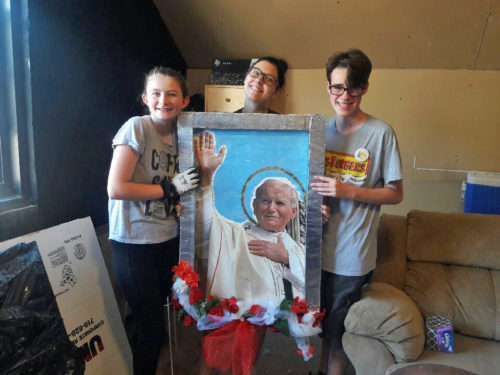 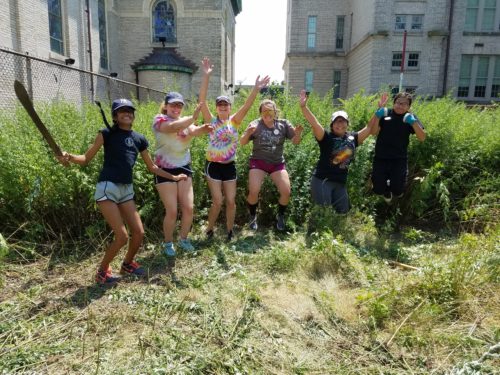 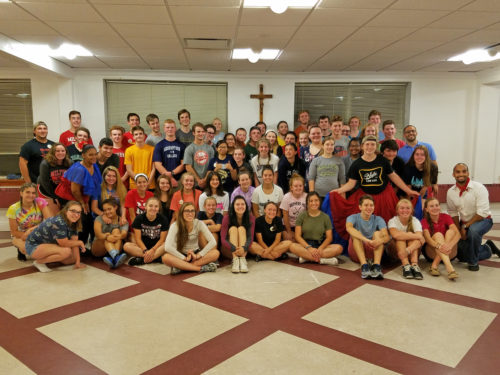 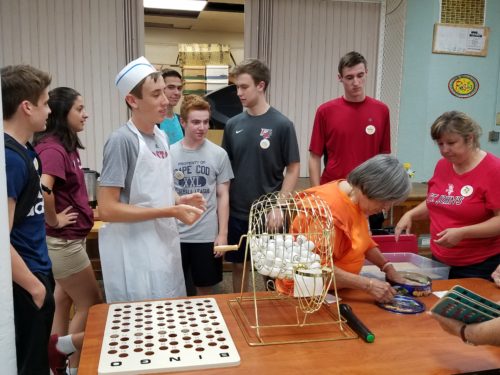 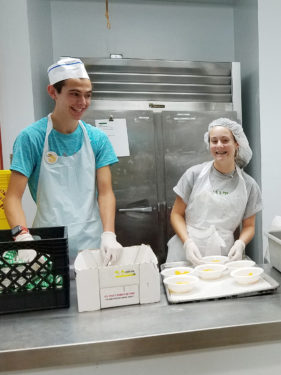 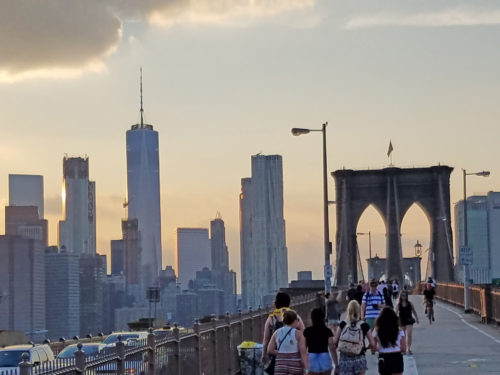 Nearly 70 high schoolers from Massachusetts, Connecticut and Long Island made a positive difference at nearly a dozen sites in and around the diocese as part of Young Neighbors in Action, a weeklong service mission trip this July.

Young Neighbors in Action helps youth to encounter Christ in the world around them by offering one-week, Catholic service learning experiences that incorporate social justice, growing in faith, joining in prayer and helping those in need. The program is sponsored by the Center for Ministry Development, a nonprofit based in Gig Harbor, Wash.

Volunteers had their choice of 28 cities across the country, and 68 teens, ages 14- to 19-years-old, accompanied by 16 leaders, chose to serve in the Diocese of Brooklyn.

Youth traveled to sites in Brooklyn, Queens and Manhattan, where they ministered at The Bridge to Life, Flushing; St. John’s Bread of Life, Bedford-Stuyvesant; Hour Children, Long Island City; a senior center in Ozone Park; the Sisters of Mercy House, Whitestone, and St. Gregory the Great Catholic Academy, Flatbush.

Volunteers had a two-fold mission at St. Gregory the Great. First, they helped the school custodian by cleaning desks, chairs, lockers and moving furniture to get the classrooms ready for September. The group also worked with students who were participating in a summer program at the school.

“Their kindness and excitement to learn truly impacted each of us,” the young people wrote in a collective reflection piece. “It also opened our eyes to see the difference between our lives and the lives of the children growing up in Brooklyn.”

Noticing that the children spend recess time running around a parking lot without toys, youth from St. Margaret Church were inspired to spend their own money to buy toys for the children.

“Seeing their faces filled with awe and appreciation is something we will never forget and will always hold dear to our hearts,” they wrote.

At Hour Children, youth from Connecticut spent a day reorganizing thrift shop inventory, restocking the community food pantry with healthy options and learning about the Hour Working Women Program, which helps formerly incarcerated women with job training, internships and job placement. Youth were so moved by the women’s stories, they held a bake sale to help support their efforts.

Volunteers from St. John Paul II parish, Southbridge, Mass., spent two days at Visitation B.V.M. parish, where they cleaned the church and went out with priests, religious sisters and brothers to evangelize in the community, inviting residents to Mass and ensuring them of God’s love.

Young people also had the chance to have lunch with consecrated members of the Koinonia community, who shared their vocation stories and ministry experiences.

“As we sat, ate, chatted and laughed, we heard Italian, English, Spanish, German Polish and Czech mingle around us. Language barriers, however, do not exist in this community. They find ways to communicate through God and through love,” the young people collectively wrote about the experience.

There was also a group that served with The Catholic Worker at its St. Joseph House and Maryhouse sites, and St. George Episcopal Church, Bedford-Stuyvesant.

At Maryhouse, volunteers noticed the need for clothing; some women were turned away because the demand was greater than the supply. Learning that the Hour Children site had a thrift shop, they pooled their money and bought bags of clothes from Hour Children for the women at Maryhouse.

Between service projects, volunteers stayed at the Jesus of Nazareth Retreat House in East Flatbush, where Sara Nespoli, faith formation director at SS. Simon and Jude, Gravesend, served as site leader. She worked with Deacon Carlos Garcia, center director, to ensure these guests had places to rest and hearty meals to sustain them.

After completing service during the days, evenings were filled with spiritual and social experiences, including adoration of the Blessed Sacrament with Father Jose Henriquez, parochial vicar at Blessed Sacrament parish; a walk across the Brooklyn Bridge, and a cultural night during which teens learned to dance the bachata and merengue while feasting on Spanish food.

Nespoli said the teenagers came from very different life situations than the ones they were able to witness during this mission trip.

“It was beautiful to see the young people embrace their faith and put it in action,” she said. “I watched them be transformed from the beginning of the week to the end.”