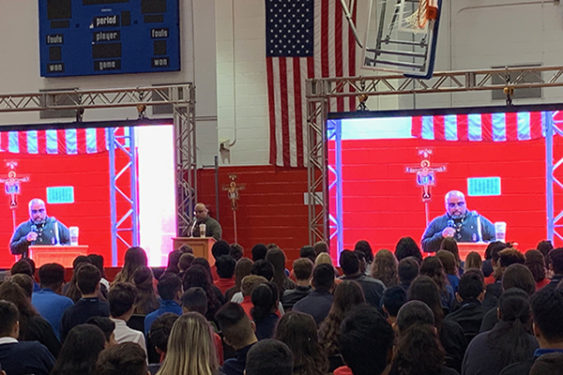 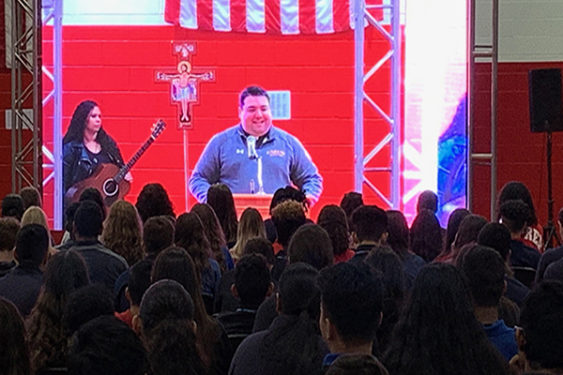 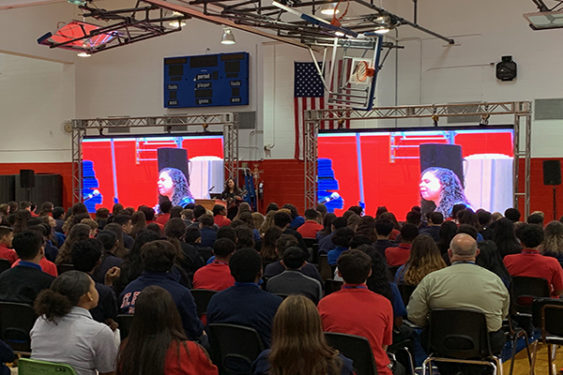 With more than 2,000 students, St. Francis Prep may seem overwhelming for new freshmen to gain a sense of belonging in the beginning.

Even though the students have been in school for more than a month, the campus ministry team wanted the freshmen to know that they were part of a bigger picture: the St. Francis Prep family.

“We wanted to be as intentional as we could as their first experience as a class to give them a sense of community and that here at Prep, we take the faith part seriously,” said school chaplain Father Ralph Edel.

“It’s a core part of the St. Francis Prep experience.” The day was organized by the school’s campus ministry and theology departments. Students received a keynote ad- dress from national speaker Dr. Ansel Augustine and then gathered in small groups for discussion.  They also participated in praise and worship with music by Alverlis.

The school chaplain also said that one of the highlights of the day was that nearly 60 seniors volunteered at the event and served as leaders for the freshman class. “Part of what made the day possible was the faithful example of seniors,” he said. “This was a true success and a testament to the school’s dedication to the spiritual formation of its student body.”

To end the day, Mass was celebrated.

“Our freshmen really got that about their day and realized that Who will show them their place isn’t going to be a teacher or a principal, or it might not even be me, a priest, but Who they encounter in the Eucharist, Jesus Christ.”

Contributing to this story was Paul Morisi, director of the Youth and Young Adult Formation in the Diocese of Brooklyn.