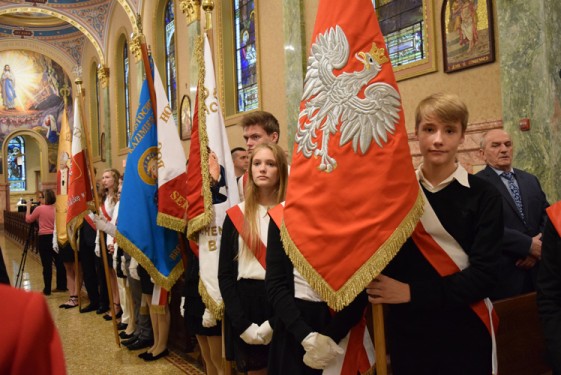 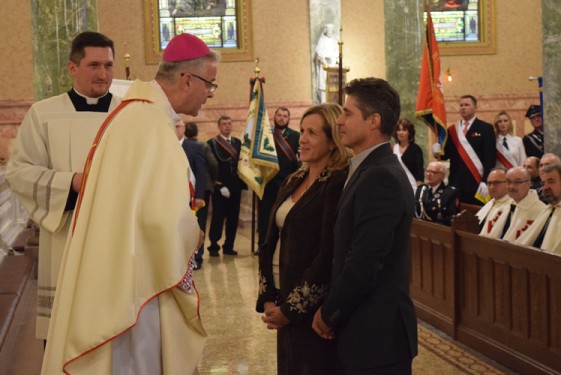 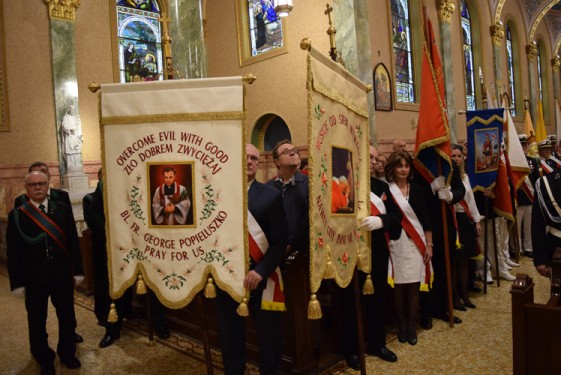 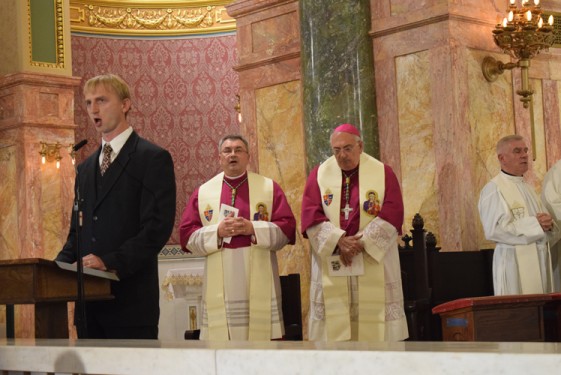 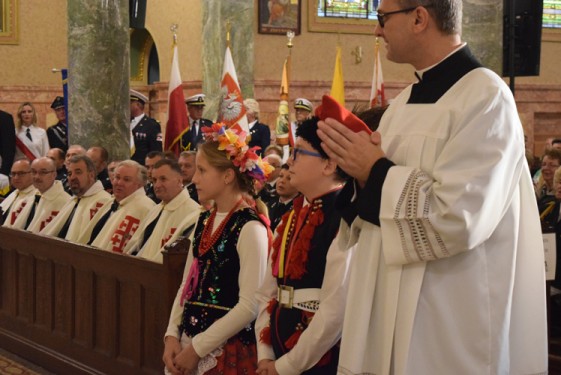 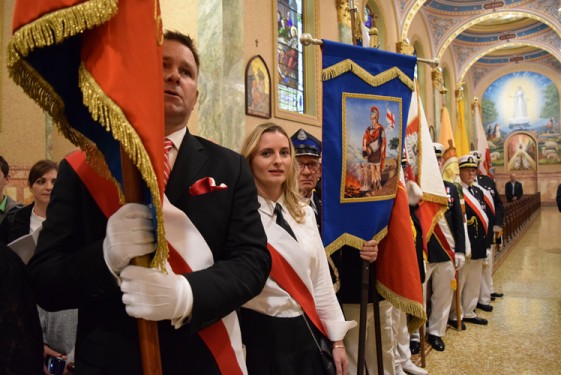 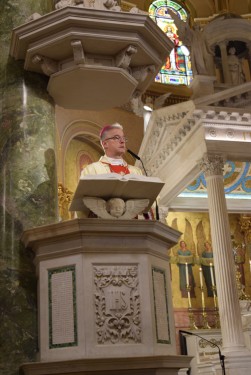 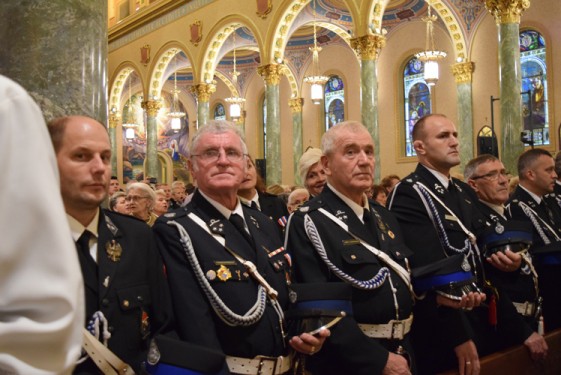 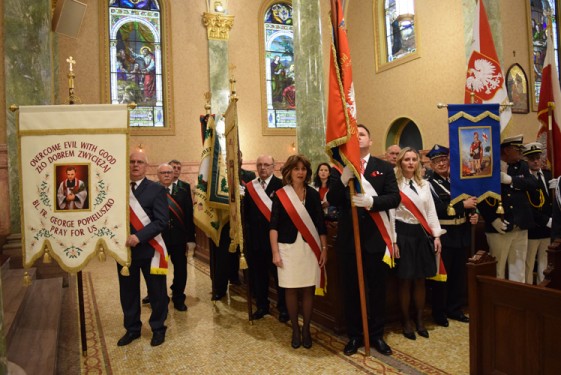 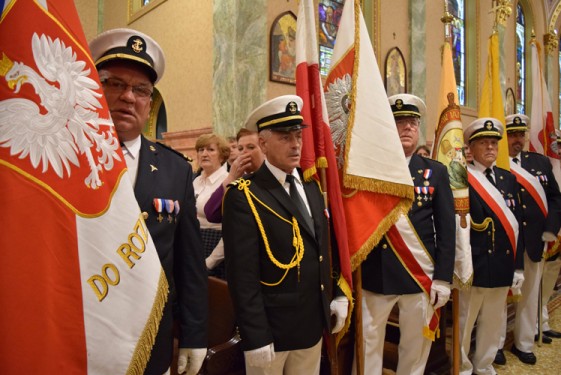 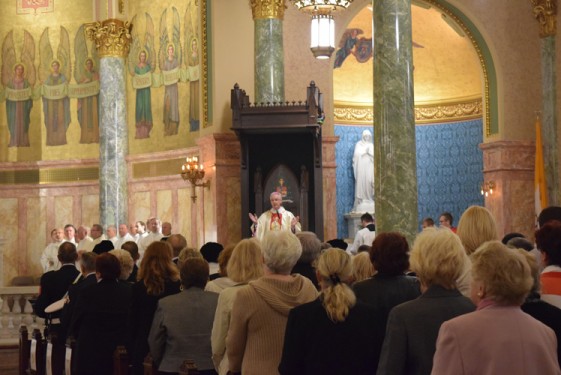 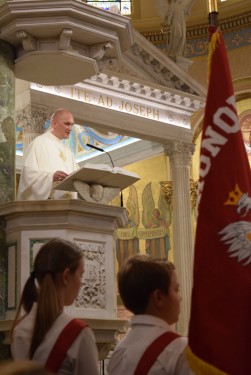 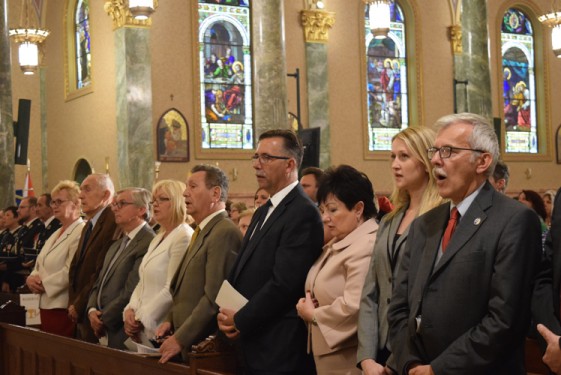 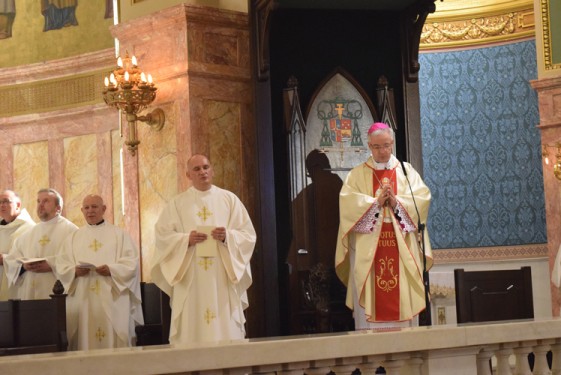 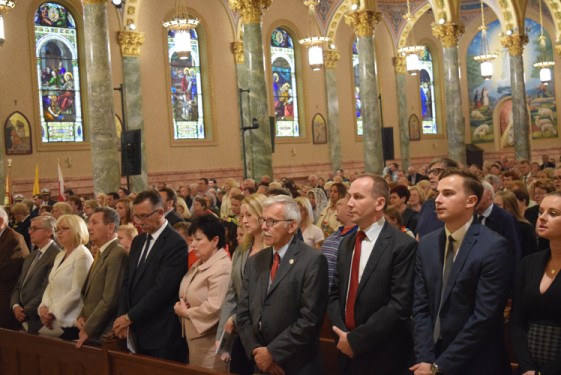 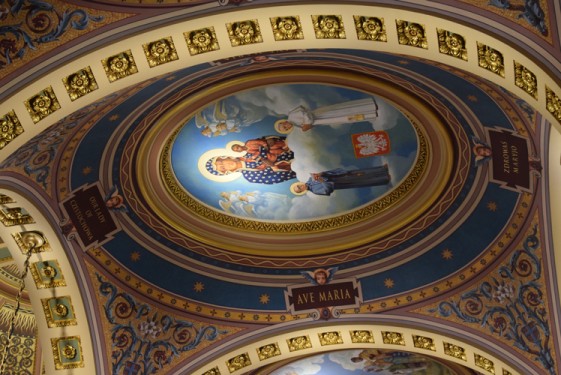 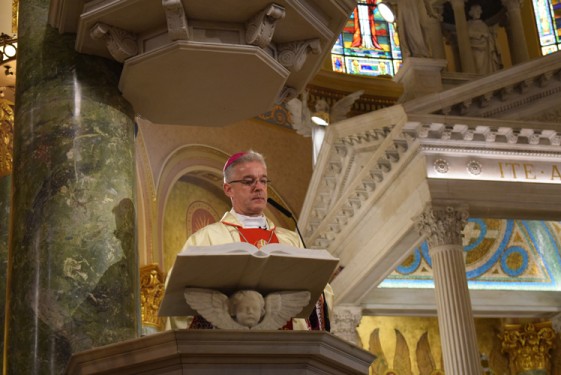 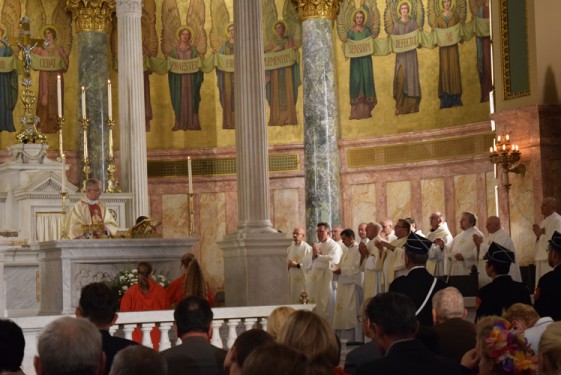 With so many occasions to celebrate, the priests and bishops at the annual Polish Heritage Day Oct. 16 spent a good amount of their speaking time thanking God for all that they have.

“We give thanks for the beautiful Polish Catholic Heritage,” said visiting Bishop Wieslaw Lechowicz, auxiliary bishop of Tarnow and head of the Polish Bishop’s Conference pastoral care for Polish emigrants.

Father Gzegorz Stasiak, coordinator of the diocesan ministry to Polish immigrants, explained the motto of the 1050th anniversary year of Poland’s conversion to Catholicism: “Where there is baptism, there is hope.”

With the baptism of Mieszko I and Poland along with him, the country moved away from darkness and brought the hope of the resurrection with Christ, Bishop Lechowicz said.

The baptism occurred in 966, a date often credited with the beginning of Poland. With the baptism, Poland’s rule was legitimized by other Catholic countries including Germany, the emperor of Rome and the pope. Although there were celebrations to honor the millennial anniversary in 1966, the Communist Party framed the celebration as a secular anniversary of Poland’s rule and denied Pope Paul VI entry into the country twice. To make up for it, the Church in Poland celebrated this year emphasizing Poland’s Catholic roots and among other events hosted this year’s World Youth Day.

Visits Poles Around the World

Among his responsibilities, Bishop Lechowicz visits Poles spread throughout the world. He said it saddens him to see that many Poles, when they settle in other countries, do not take advantage of the many opportunities to meet Jesus, such as in the Eucharist.

He said God offers His mercy in simple forms such as in bread and wine, or through seemingly ordinary doors, because He wants to be accessible to all.

He said life’s temptations for ease, sex, alcohol, career and self-importance can take precedence over God, dimming faith and love. In the Diocese of Brooklyn, too, he said, he saw a diminishing number of Poles taking an active role in the Church. However, he said, he rejoiced in seeing so many join him for the heritage Mass.

The best way to combat temptations, he said, is to actively live out baptismal promises.

“To be Christian, is to reject” the Polish bishop said. Christians must renounce sin, rejecting the lure of evil and the Enemy.

“But it is not enough to reject, there must be faith,” the bishop said, so as to share in the resurrection of Christ.

Therefore, just as Mieszko I had done over a millennia ago, the bishop asked the congregation to pronounce their baptismal promises.

The congregation also had the opportunity to walk through St. Joseph’s Co-Cathedral’s Holy Doors opened for this Extraordinary Jubilee Year of Mercy.

“This house belongs to St. Joseph and in St. Joseph’s house there is always room for Mary,” said Bishop Nicholas DiMarzio. “And there is the depiction of Our Lady of Czestochowa, don’t forget,” he said pointing to the icon painted into a ceiling at the co-cathedral.

He thanked the Polish community for their financial contributions that made the mural possible.

“This is your cathedral and you are welcome anytime,” he said. Speaking of the anniversary year, he said: “No one can forget how faithful you have been. And thank you for being faithful also here in Brooklyn and Queens.”

After expressing his gratitude, the bishop spoke with some sadness in his heart.

“This year is a little hard for me,” he said. “It’s the first year that Msgr. (Peter) Zendzian is not with us.”

He called Msgr. Zendzian a good friend and a great animator in the Polish community. Msgr. Zendzian was also mentioned during the prayer of the faithful. The monsignor died unexpectedly shortly after the Polish Heritage Mass last year.

Bishop Lechowicz thanked all the clergy for their dedication to serve Polish immigrants and Polish-Americans. He also congratulated Auxiliary Bishop Witold Mroziewski, who concelebrated along with Bishop DiMarzio, on his 25th anniversary as a priest. Bishop Lechowicz further expressed his joy at the 38th anniversary of the election of Karol Wojtyla as the successor of Peter, which coincided with the heritage Mass.