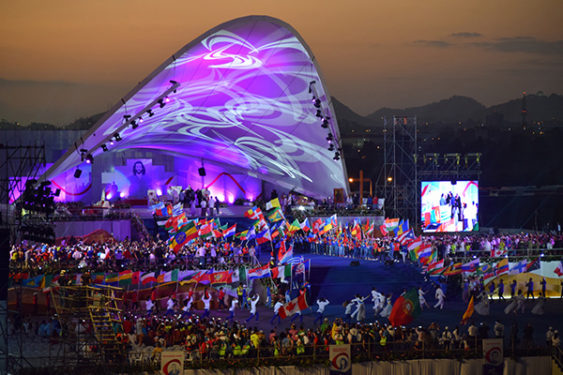 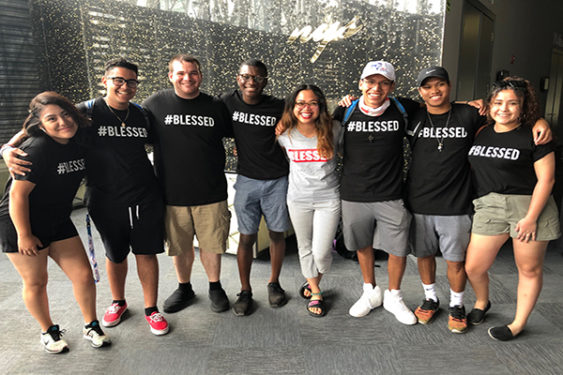 Three years ago, if you told me that I’d be going to Panama for World Youth Day 2019, I’d advise you to consult a psychologist, because in my book, you’d be considered crazy.

Yet, here I am writing about the experience I had this time last year. What a blessing!

This goes to show that God’s plans for our lives are not meant to be anticipated on our part, but rather participated in. Surely this is true in a particular way for the youth group in my home parish, Incarnation Church in Queens Village.

What started as a mere idea became a reality. Through the leadership of Grace Marie Munoz and Abigail Zarate, the youth group hosted all sorts events — from bake sales to movie nights — in order to raise funds for this pilgrimage.

It’s only appropriate that they be recognized for such dedication. After landing in Panama and dropping off our things at the hotel, various youth groups went to the opening Mass.

Keep in mind that we were arriving late to the hotel and so the best we could do was watch from one of the rather large screens on the way to the field. And yet, even there, we were surrounded by other faithful who I believe were also excited and thankful to be there!

Over and over again as we walked through the crowds of people, the hymn of the pilgrimage was sung, “Hagase en mi segun tu palabra.” This comes from the Magnificat. Mary the Mother of God who is full of grace, said to the angel Gabriel, “be it done to me according to your word.”

Mary is saying “yes” to God, and as young faithful, we are called to join her in this “yes” for the salvation of souls.

As the pilgrimage continued, the different parishes from the Diocese of Brooklyn had the opportunity to share their experiences with each other and their desire to encounter Jesus Christ on the weeklong journey together – whether it be through different local activities or on the 30-40 min- ute “hike” to catechesis, or teachings.

All the different youth groups from around the world took part in daily catechesis with bishops from different dioceses.

My personal favorite was Archbishop Christopher Prowse from the Archdiocese of Canberra in Australia. He joked around with us when he said he was the “kangaroo bishop.” He told us about his faith journey and his call to priesthood (which occurred in a cemetery of all places! The Lord does work in mysterious ways).

Again, this theme of listening to God’s call seemed to pull everything together when we say “yes” to His plan in our lives to fulfill this call to holiness.

The biggest day of the event was the overnight camp in the field. Thousands of people came to one location for Mass with Pope Francis. The journey to the field was not an easy one.

In fact, it was very hot, and the hike was miles long, but in the midst of all of this, I was overwhelmed at seeing older people also doing this “hike” to the field to encounter Christ.

This opened my eyes and made me realize that “going out into the deep” isn’t always easy, but Jesus doesn’t ask us to do it alone. In knowing this, I knew He was with me and everyone else every step of the way, regardless of the hot sun, perfuse sweating, and lack of water during the hike.

In the evening, as the sun came to its rest, it felt as though everyone around us was getting ready for overnight camping.

Pope Francis exposed the blessed Sacrament and as he was doing so, the excitement was directed towards Jesus and all the talking and cheering ceased like a wave.

Absolute silence came over the field and everyone knew that the Lord was keeping watch with them. The Lord didn’t speak in a roar or thunder, but rather, that night, He spoke into the silence of our hearts and it was the most beautiful thing I experienced during this pilgrimage.

Panama 2019 was a time of encounter, a time of renewal, a time of building friendships, but most importantly it was an opportunity to see that the faith is very much alive amongst young people. It’s a faith that will require us to answer “yes” to God’s call.

Legoute is a seminarian at the Cathedral Seminary House of Formation in Douglaston.