Justice. Change. Action. These were the powerful words echoing in my mind as I joined with many other advocates for change at the March for Our Lives in New York City. Almost 200,000 students, teachers, parents, children, and elders marched to not only commemorate the innocent lives lost in this school shooting but also to demand full action from our legislators, in turn demanding stricter and more sound gun legislation.

The March for Our Lives was not just a march, it was a movement. It was a movement of people, young people especially, who constantly see that gun violence is an epidemic that surely needs a cure. We marched not only for the countless school shootings that continue to poison institutions but also for the countless people all over the United States who are faced with gun violence each and everyday in which fear is a constant emotion. 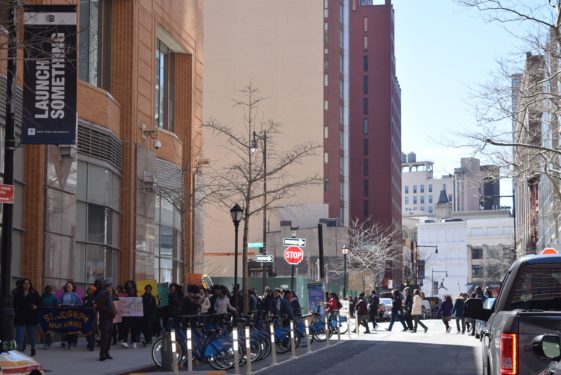 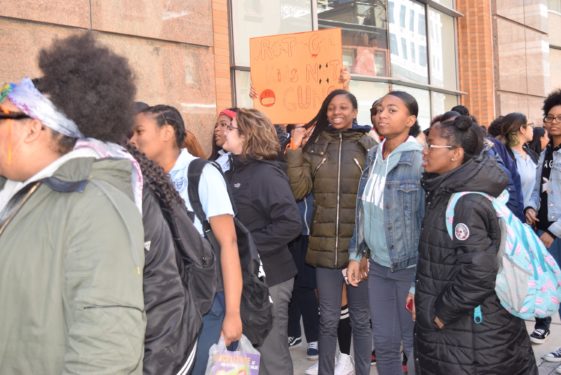 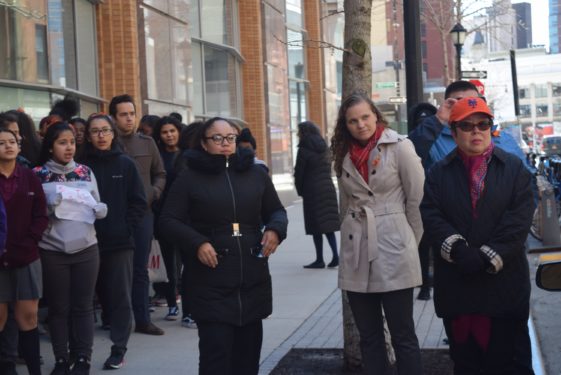 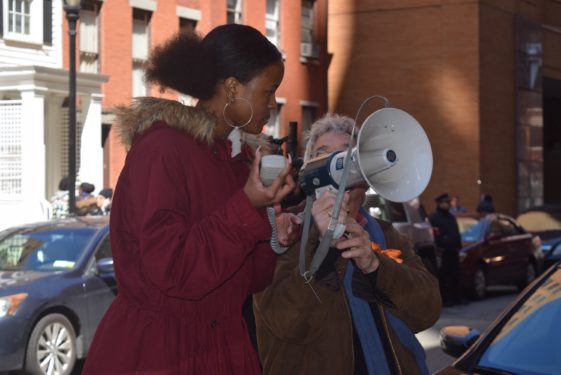 When it comes to life and death, there should not be any political sides. The only side is that of a moral one – where the prime focus is on compassion, freedom and safety for all. Acts 18:9 tells us, “Do not be afraid any longer, but go on speaking, and do not be silent, for I am with you.” These powerful words that were spoken by Jesus to St. Paul the Apostle still powerfully reigns true in the hearts of God’s people today.

We all need to understand, especially the young people of today, that we are not alone in any issue that needs to be changed for the better. With each action, protest and voice of change, the fire of the Holy Spirit burns bright in each of us and guides us to be the leaders of change that we are meant to be. We do not serve a God who is passive, stagnant and apathetic. We serve a God of action, unification and strength.

The March for our Lives was yet another way to turn faith into action in which we not only marched but we spoke out and remained steadfast in our mission for change. Jesus Christ was a change maker himself and God calls each and every one us to continue to be catalysts for change and unity in our schools, communities and on a global scale.

We call on our legislators to promote gun reform and to recognize that gun violence is an epidemic that can surely be cured if we all work together for the common good. Legislators must fully recognize and understand that with the platform that they have as lawmakers, they can change and impact numerous legislations regarding gun reform with the motive being to prevent any more innocent lives from being taken from their families and friends. The cries of families and friends affected by gun violence continue to echo in everyone’s hearts and minds.

To all legislators, I ask: Are you willing to stand up for the defenseless and the victimized that are constantly affected by gun violence? How many innocent lives will it take for there to be an understanding that gun violence is and will remain an issue if there is no reform?

On behalf of the March for our Lives movement as well as those affected by gun violence, I write this article as my own fight for action.

Words and the knowledge that is gifted to us from the Lord above is a far greater weapon than any assault weapon that can ever be bought. To all lawmakers I say, that no assault weapon is of greater worth than a human being. I speak on behalf of all young people when I say that this generation will change history and will have an impact on the world around us.  For those who follow after great leaders of change, we live with the weight of the future that was predicted in the past. Our faith calls each and every one of us to change society, institutionally, politically and socially.

Although many young people, including myself, continue to fight for change, we all have many family and friends who have witnessed history’s struggle firsthand. Have a conversation with someone, engage and listen. Reach out, express yourself, and never forget that we have rights.

Do not be afraid to listen to different views and share your perspectives because right now many people are responding with the intent to reply, not the intent to understand. Listen with kindness in your heart and treat everyone with respect.

This is just the beginning of a fight for a better tomorrow. We are all messengers of Jesus Christ and leaders of change. We are the future and with God, we will not be stopped!

Saramarie Wade is a senior at The Mary Louis Academy, Jamaica Estates.