When you hear pilgrimage what is the first thing you think of? Maybe you picture pilgrims from Thanksgiving who sailed on a boat to eat turkey. Maybe you picture just some kind of walk in a foreign country. Or you’re like me who had no idea what a pilgrimage was and didn’t know what to even expect.

I’m a member of the Jornada Movement and to celebrate our 50th anniversary our spiritual director Father James Kuroly thought it would be a good idea to have a pilgrimage to Rome and Assisi.

When I first heard of the trip, I thought ‘hey what a great opportunity to go to Europe with people that I know at a reasonable cost.’ Everything was included in the trip: food, airfare, hotel and day-to-day activities. I told my parents that I was interested in going and to my surprise they were interested too. We signed up and it was set, we’re off to Italia!

About a month before the trip we received an itinerary. The first thing I noticed was we had Mass – Every. Single. Day.  We also had your typical tourist stops: the Colosseum, the Vatican, Sistine Chapel, Trevi Fountain and the Catacombs.  But I also noticed we were visiting basilicas.

I read the itinerary and said, ‘What did I sign up for?’ I didn’t know what a pilgrimage was, but I was almost sure this wasn’t what I signed up for. During the weeks leading up to our departure I was excited, but complained constantly that there’s Mass every day! For someone who doesn’t go to Mass that often but still considers herself spiritual, this was not what I had in mind for my first time in Europe.

About a week before the trip I started to feel like I was in need of something spiritual. I felt heaviness and a weight on my shoulders and in my heart along with a lot of anxiety for the eight-hour flight I was soon going to embark on. 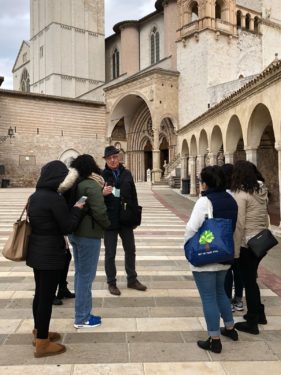 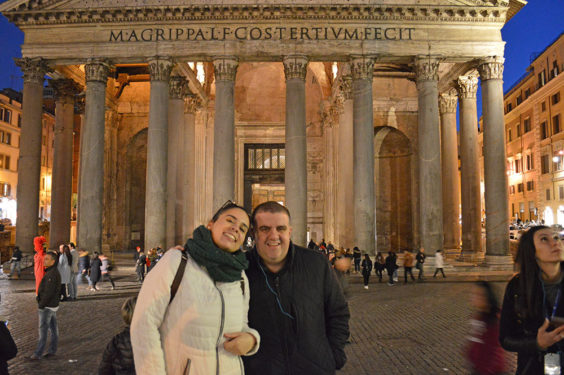 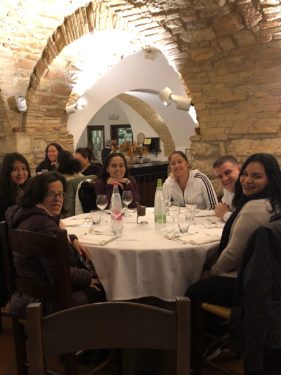 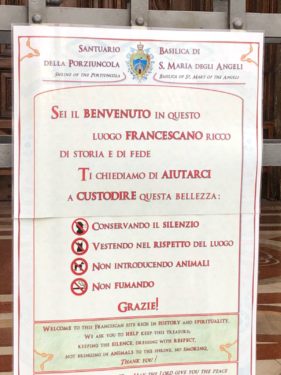 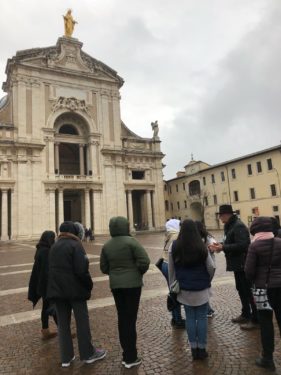 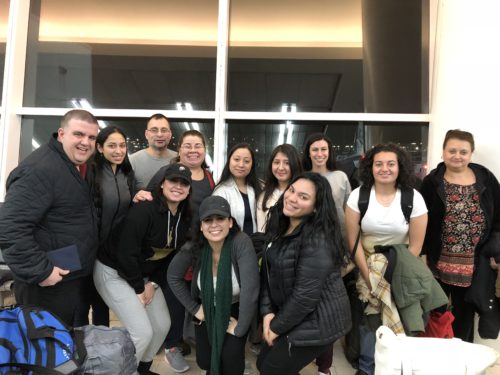 When we arrived in Italy, I decided to keep an open heart and mind for this trip – there was no backing out now that I was already there.

I was blown away with the beauty of Italy and how the people there had a great love for God. In every church we visited, I felt such a strong connection to God. I can’t explain the beautiful feeling being inside a church that was built in the third through 18th century when believing in Christ was something that you could get killed for – especially seeing relics of saints who had no problem dying for their devotion to Jesus and believing in something that so many were scared to believe in.

Having an opportunity to see some of the saints’ relics was amazing. Attending Mass everyday seemed like such a drag before the trip, but while I was there, I genuinely looked forward to participating.  It felt like we were connecting to one another and connecting to the church that we were in that day.

We had Mass at St. Peter’s Basilica and I cried the entire time!  That day was one of the highlights of my trip.  St. Peter’s Basilica is such a huge tourist attraction, but to see all the people who travelled from all around the world come to one place and connect to God is a beautiful thing.

I had the opportunity while I was at St. Peter’s to receive the sacrament of confession. Since it had been a while since my last confession, I figured ‘Why not?’

Everything I knew about confession was nothing compared to the confession I was able to experience at St. Peter’s Basilica. The priest educated me, allowed me to talk and explain myself and didn’t just absolve me of my sins just because I was confessing. He spoke to me to make sure I understood what the consequences of sinning was, what it meant for my relationship with God and how it made God feel. He didn’t sugarcoat anything – he kept it real and said what I needed to hear. Having confession in St. Peter’s made me really reflect on my life and my relationship with God.

Another experience that took my breath away was when we visited Scala Santa in Rome.  That’s because the 28 marble steps are believed to be the very same ones Jesus walked on in Pontius Pilate’s palace in Jerusalem.

What makes the Holy Stairs so special besides Jesus walking on them is that when you go up the stairs, you go up on your knees and pray as you do so.

Going up the stairs on your knees doesn’t sound too bad, but when you’re on the fifth stair or so you feel it – you feel the pain of the hard marble, the shakiness in your legs and the pain in your knees and you start to doubt yourself. You doubt being able to make it all the way up and you doubt the strength that you have. But as that doubt starts to make its way in your mind you feel something else: empowerment. You feel the power of Christ helping you through the pain in your knees.  The love in your heart for the person you’re praying for on that particular stair begins to push away the doubt you had.  You feel what true sacrifice means.

That was by far the most humbling experience I ever had and the emotions that you feel when you’re making your way up those stairs is indescribable – it’s unique to each person. I bruise easily and I had very slight bruising after that. I didn’t feel soreness in my legs after and I felt no pain in my knees as my day continued. That is God. That’s what you feel when you sacrifice for someone – it’s a temporary pain that once its done you won’t feel anymore.

Anything that I wanted to find spiritually while I was in Italy, I found it and then some. It was an incredible trip filled with laughter, tears, food and a connection and conversion in my heart that I would never have thought that I could feel – I feel so blessed!

Ashley Cortes is a Jornadista and a parishioner at St. Andrew’s, Bay Ridge.

4 thoughts on “Let Them Speak: How the Jornadista Pilgrimage Changed My Heart,Mind”