Even though the NBA Playoffs are still in full swing, basketball season for many of us ended in early April when the NCAA Tournament came to a close.

Just don’t tell that to a group of basketball lifers who celebrate basketball every day.

For the 60th year, the Basketball Old-Timers of America gathered for its annual dinner and Hall of Fame induction ceremony at Sirico’s Caterers in Dyker Heights on May 3.

Co-organizers Ray Nash and Dennis McDermott – both former hoops standouts at St. Francis College, Brooklyn Heights – have kept the spring tradition going strong. For many former players, coaches, officials and fans, the event is one of their favorite nights of the year, because the stories go on and on.

From the first three inductees in 1959 – William “Pop” Gates, Pop Harris and Andrew “Fuzzy” Levane – to the new class of four, the Old-Timers Hall of Fame continues to honor the contributions made to the game of basketball in New York City.

In total, 26 Naismith Hall of Famers round out the class of now 236 members of the Old-Timers Hall of Fame. The Class of 2019 features Mel Utley, John Engles, Tim Higgins and Fran Fraschilla. 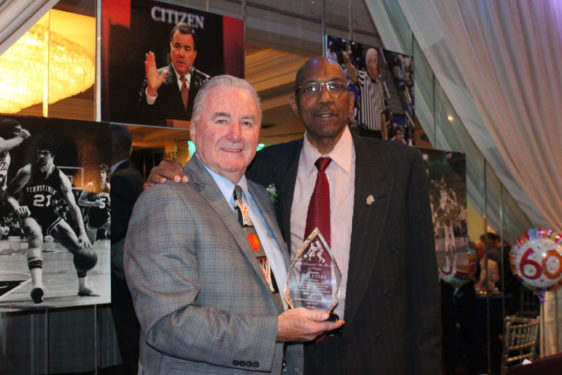 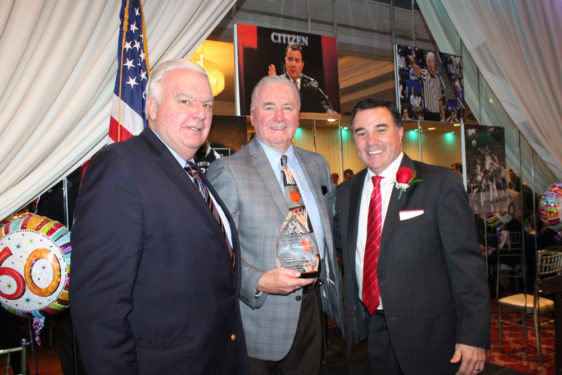 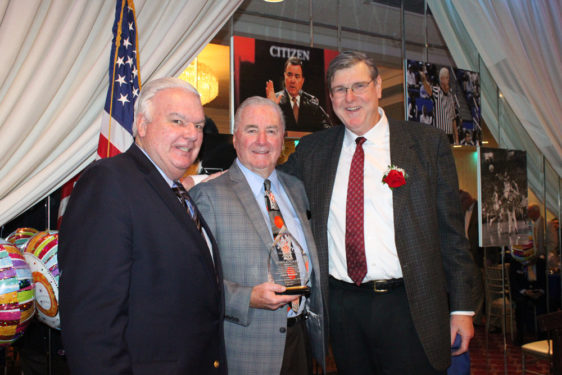 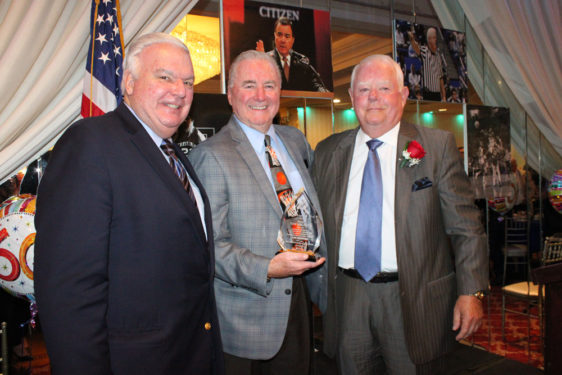 Following a successful career and a nod as an All-American his senior year at Far Rockaway H.S., Mel Utley took his hoops talents to St. John’s, where he played from 1972-1975.

He led the Johnnies in assists his first season and in scoring his second year. He was named a co-captain for his final season.

Utley finished his career with 1,243 points – 29th all-time in St. John’s history – and with 345 assists – ninth all-time. He appeared in one NCAA Tournament and two National Invitation Tournaments.

“Putting me with these guys is such an honor to me,” he said. “It’s great to be here amongst you and get this award. It’s one of my greatest accomplishments. This is a thrill of a lifetime.”

Standing 6 feet 8 inches tall, John Engles was an imposing figure on the basketball court wherever he played. As one of the most highly touted student-athletes Staten Island had ever seen, he left a lasting mark on the borough by leading St. Peter’s H.S. to three Staten Island High School League championships during the early 1970s.

“Growing up on Staten Island for me and playing basketball was like being part of a family,” he said. “We had great players, and I had great coaches.”

Named an All-American by both Parade and Scholastic Magazines, he had his choice of college programs to attend. He chose Penn, an Ivy League school in Philadelphia, for it academic and basketball tradition.

Engles burst onto the scene his first two seasons, racking up East Coast Athletic Conference Rookie of the Year and Ivy League Sophomore of the Year honors. However, a debilitating knee injury required multiple surgeries and put the rest of his collegiate career in jeopardy.

As a senior, he played through the pain to average 16.7 points and 7.4 rebounds per game en route to becoming one of only 30 players in school history to reach the 1,000-point plateau. He received the team’s Bus McDonald Award for Most Inspirational Player.

A 1972 graduate of Fairleigh Dickinson University, Teaneck, N.J., Tim Higgins has worked for the Kamco Supply Corp. since his stints in the U.S. Army and New Jersey National Guard.

He also enjoyed the opportunity to serve as a basketball official for the NCAA. His conference affiliations included the Big East, Big 10, Atlantic 10, ACC and SEC. After participating in 20 NCAA Tournaments, 10 Final Fours and four championship games, he hung up his whistle in 2012.

“To think that I’ve been put in this position to have the opportunity to be put into this Hall of Fame, it’s almost beyond belief,” Higgins said.

In 1994, he received the Naismith Award for being one of the country’s outstanding basketball officials.

From growing up in Flatbush to attending James Madison H.S., Sheepshead Bay, to then moving on to Brooklyn College, Midwood, Fran Fraschilla is a true Brooklyn boy, and it surely showed in his coaching career.

He coached college hoops for 23 years, including head coaching stops at Manhattan College, the Bronx; St. John’s; and the University of New Mexico. He posted an overall record of 175-100 and reached three NCAA Tournaments.

In 2003, Fraschilla joined ESPN as a college basketball game and studio analyst. He now serves as an analyst for Big 12 men’s basketball games, in addition to being a regular on ESPN studio shows.

Throughout his journey in basketball, he’s developed lifelong friends, many of whom were there to support him at the Old-Timers dinner.