Nazareth H.S., East Flatbush, will host its annual Eugene McCarthy Memorial 5K Run/Walk Saturday, June 1 in Marine Park. The race honors the memory of Maj. Eugene McCarthy, a 1973 graduate of Nazareth who gave his life for country in 1991 during Operation Desert Storm. 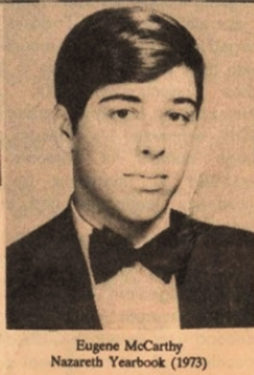 This year, the race will also honor the memory of Maj. McCarthy’s older brother, Special Agent Dennis McCarthy, who was a great supporter of the run up until his passing in 2018.

Maj. McCarthy had been volunteering for a special Cobra Unit when on Feb. 2, 1991, he and his fellow pilot were killed when their UAH-1 Cobra helicopter accidentally crashed in Saudi Arabia while on an escort mission. He was the first Brooklyn casualty of the 1991 Gulf War.

To honor his sacrifice, the Nazareth community has held a 5K memorial race on the same paths that Maj. McCarthy traversed while on leave from the armed forces.

Proceeds from the race benefit the Nazareth Cares Scholarship Program, which provides tuition assistance to students at the school.

For race details, visit nazarethrhs.org/mccarthyrun/ or contact Rob DiRe by phone at 718-763-1100, ext. 232 or by email rdire@nazarethrhs.org.