Hundreds of religious sisters, brothers and consecrated laity gathered Feb. 6 at the mother parish of Long Island to celebrate the closing of the Year of Consecrated Life together in community.

“Today, as we draw the Year to a close and combine it with the annual World Day for Consecrated Life celebration, it’s clear that we are far from finished,” said Sister Maryann Seton Lopiccolo, S.C., the episcopal delegate for religious in the diocese. “The Gospel still calls us, still provokes us to respond, urges us to serve and to be present to the People of God in all the places and ministries we see around us.”

“Religious life is in a time of profound transformation,” said Sister Mary Hughes, O.P., the guest speaker at the closing celebration at St. James Cathedral, Downtown Brooklyn. “We have to walk into this transformation with faith.”

Sister Mary taught in the Diocese of Brooklyn, served as the president of the Leadership Conference of Women Religious and twice as the prioress of the Amityville Dominican Sisters.

She admitted that the world’s challenges seem overwhelming, especially as vocations to consecrated life are dwindling and those in consecrated life, on average, are getting older and frailer.

“We are moving into the future more lightly,” she said, which is not necessarily a bad thing. It forces the congregation to rely more heavily on Christ and less on human strength and organizations.

She said religious must now take the example of the widow who had but a little bit of flour in her jar and a bit of oil in her jug when Elijah came and asked her for food.

“If we do what we can and we give what we have, if we give ourselves wholly then we will find that it is enough and more than enough for the future that awaits us,” she said.

Sister Mary reminded her audience that, at the beginning of the year, the Vatican investigation of American women religious was still fresh on everybody’s minds. She said that although it was a difficult time, it has inspired congregations to share resources and knowledge for the greater good of the people.

“We found greater unity and wholeness,” she said.

Brother Campion Lally, O.S.F., said it is a greater sense of community that he is thankful for as the celebratory year comes to an end.

He said he would avoid coming to gatherings among various congregations but he came to the opening ceremony of the Year of Consecrated Life and has come to nearly every event since. He said all the liturgies, vesper services and talks have given him an incredible opportunity not only to reconnect with old acquaintances, but also to meet fellow Christians who have given up everything to follow Christ.

Debbie Parise, a consecrated laywoman of the Missionaries of the Kingship of Christ, said that thanks to the year’s activities she has come to better know the community of consecrated life in the diocese. She has also better understood the importance of being a witness to her vocation as an example to others who may be called by the Holy Spirit. She said consecrated laity traditionally are not vocal about their vocation but her congregation has become more open about the lay vocation.

As a consecrated laywoman, Parise has taken vows of obedience, poverty and chastity. “We give ourselves completely to God but did not want to separate ourselves from the world,” she said.

Doreen Routie, a fellow consecrated laywoman of the Missionaries of the Kingship of Christ, said her vocation requires her to give everything up and follow Christ. She said the Year of Consecrated Life has renewed her zeal.

“Pope Francis has called us to look at ourselves and to recall the purpose of our vocation and to question who we are,” she said. “I do feel the need to be more radical, radical in the sense of service, prayer and sacrifice, prayer for the world to be at peace as St. Francis taught us.”

During his homily, Bishop DiMarzio urged the congregation not to grow weary. He said he understands how frustrating it can be when efforts to recruit vocations, minister to the youth and form adults in faith yield meager results. But he urged the congregation to take the example of St. Peter when Jesus appeared in his life: “Master, we have worked hard all night and have caught nothing, but at your command I will lower the nets.” (Luke 5:5) 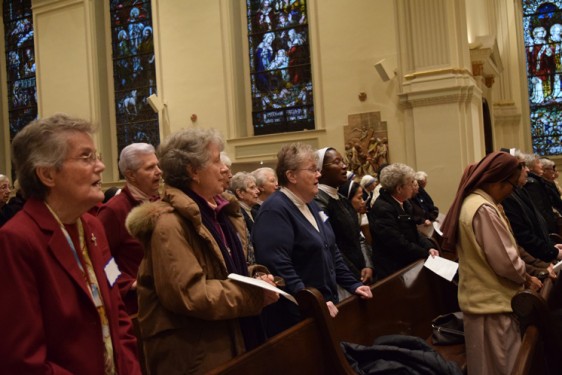 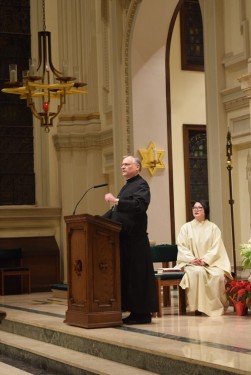 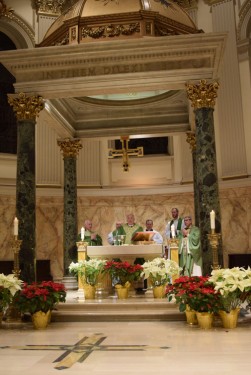 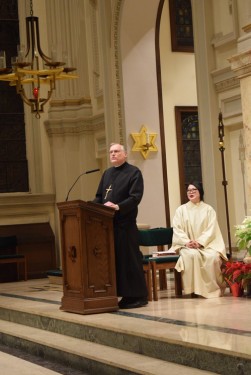 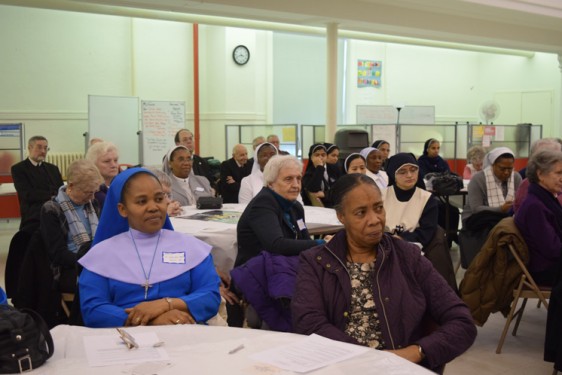 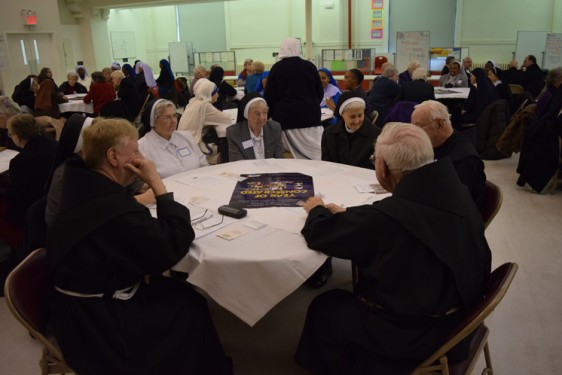 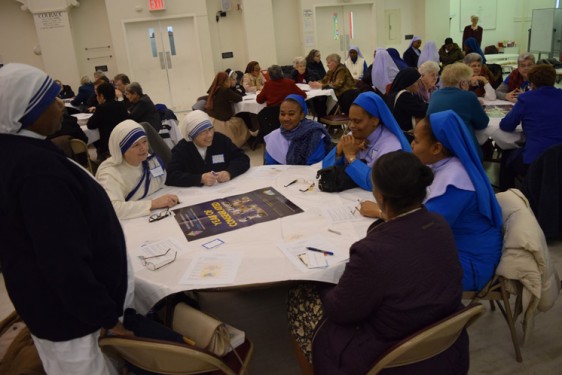 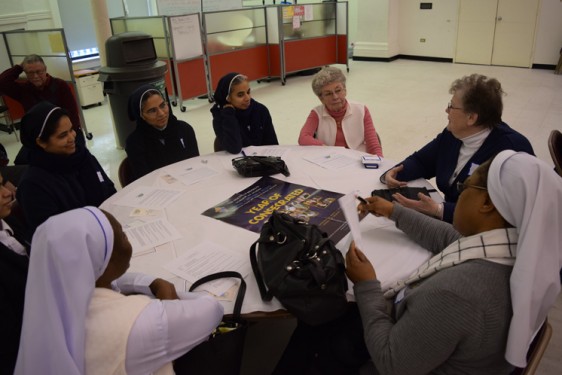 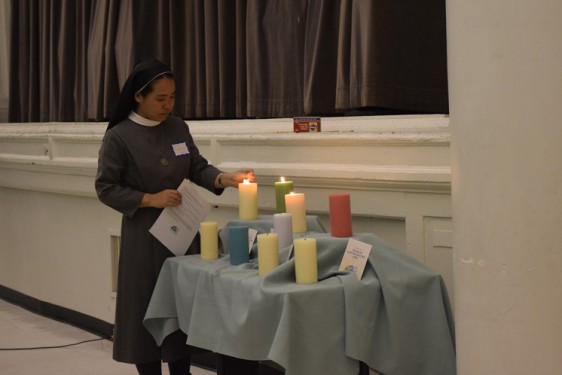 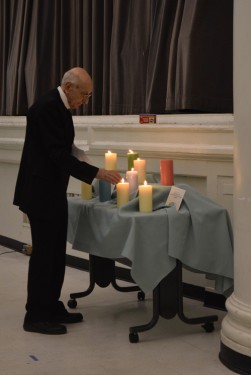 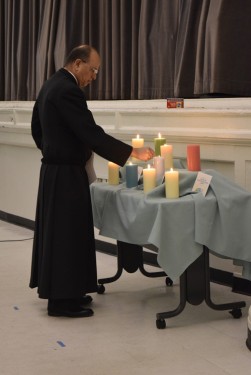 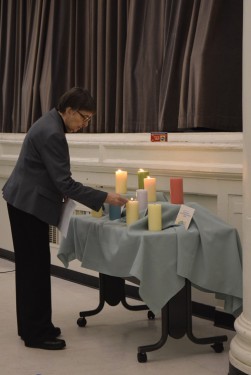 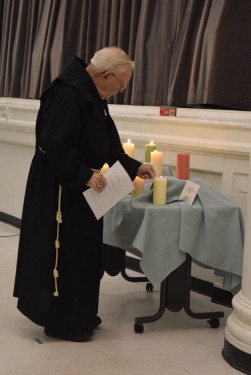 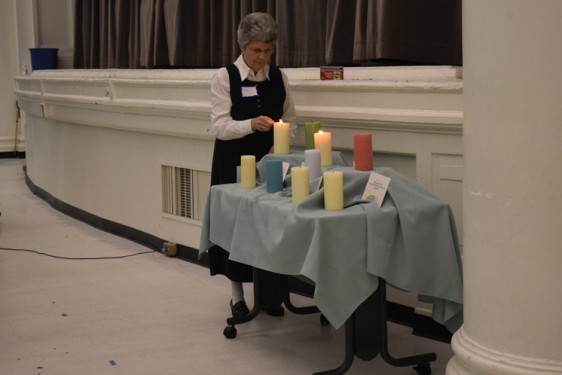 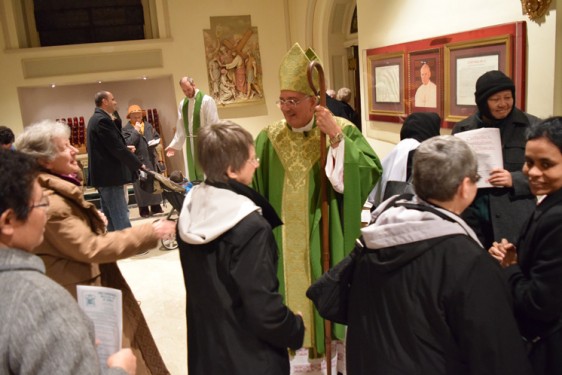