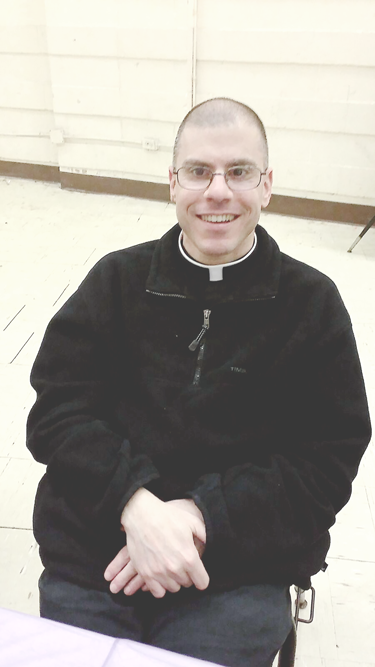 Father Joseph A. Gancila, a priest of the Diocese of Brooklyn who was serving as parochial vicar at Our Lady of Guadalupe Roman Catholic Church, Dyker Heights, died on Jan. 6. He was 50.

His funeral Mass was offered on Jan. 9 at Our Lady of Guadalupe. Auxiliary Bishop James Massa celebrated the Mass, and Father Casper Furnari, O.F.S., pastor emeritus of Holy Family Church, Fresh Meadows, was the homilist. Burial was at the Columbarium of the Basilica of Regina Pacis, Bensonhurst.

“He was so dedicated to our Lord,” Father Furnari told The Tablet. “He loved being a priest. He did a lot of things without any fanfare.”

Father Gancila was known for inspiring vocations to the priesthood.

“I lost a mentor, a role model and a friend,” said Father Christopher Bethge, parochial vicar at Incarnation Parish, Queens Village, who was in the seventh grade when he met Father Gancila at Sacred Heart Church in Glendale.

“Father Joe was one of the best priests I have ever met — the one who first inspired me to be a priest. I’m going to miss him,” Father Bethge said.

Father Gancila was born in Brooklyn and was ordained a priest on June 2, 2001 at St. James Cathedral Basilica, Downtown Brooklyn, by Bishop Thomas Daily.

In addition to his assignments at Our Lady of Guadalupe and Sacred Heart, he served as a parochial vicar at St. Mary Mother of Jesus, Bensonhurst; Our Lady of Angels, Bay Ridge; and St. Bernadette, Dyker Heights. He also served as a part-time chaplain at Bishop Ford H.S.

Father Gancila was also a Virtus facilitator, working in the program that educates diocesan employees about sexual abuse.

“Being  a facilitator for a priest is a very brave thing, opening himself to ridicule by people who were upset about the abuse crisis in the church was not easy, but Father Gancila was always available to give a session in his parish or any other parish,” said Maryellen Quinn, coordinator of the diocese’s Safe Environment Office.

“He taught parishioners how to keep themselves and their children safe,” Quinn said.

Father Gancila is survived by his parents, Louis and Joan Gancila; his sisters, Debbie Gaudino and Linda Marioni; and several nieces and nephews.