NEW YORK — Despite claims that he intended to file a lawsuit with an allegation of child sex abuse against Bishop Nicholas DiMarzio in December, attorney Mitchell Garabedian says he is still preparing his case.

When asked by The Tablet on Jan. 30 about the delay, Garabedian replied that he’s “just preparing” the lawsuit.

Joseph Hayden, Bishop DiMarzio’s attorney, told The Tablet that the bishop is eager to clear his name, adding the allegation is from more than 45 years ago, which he believes raises credibility issues from the outset. 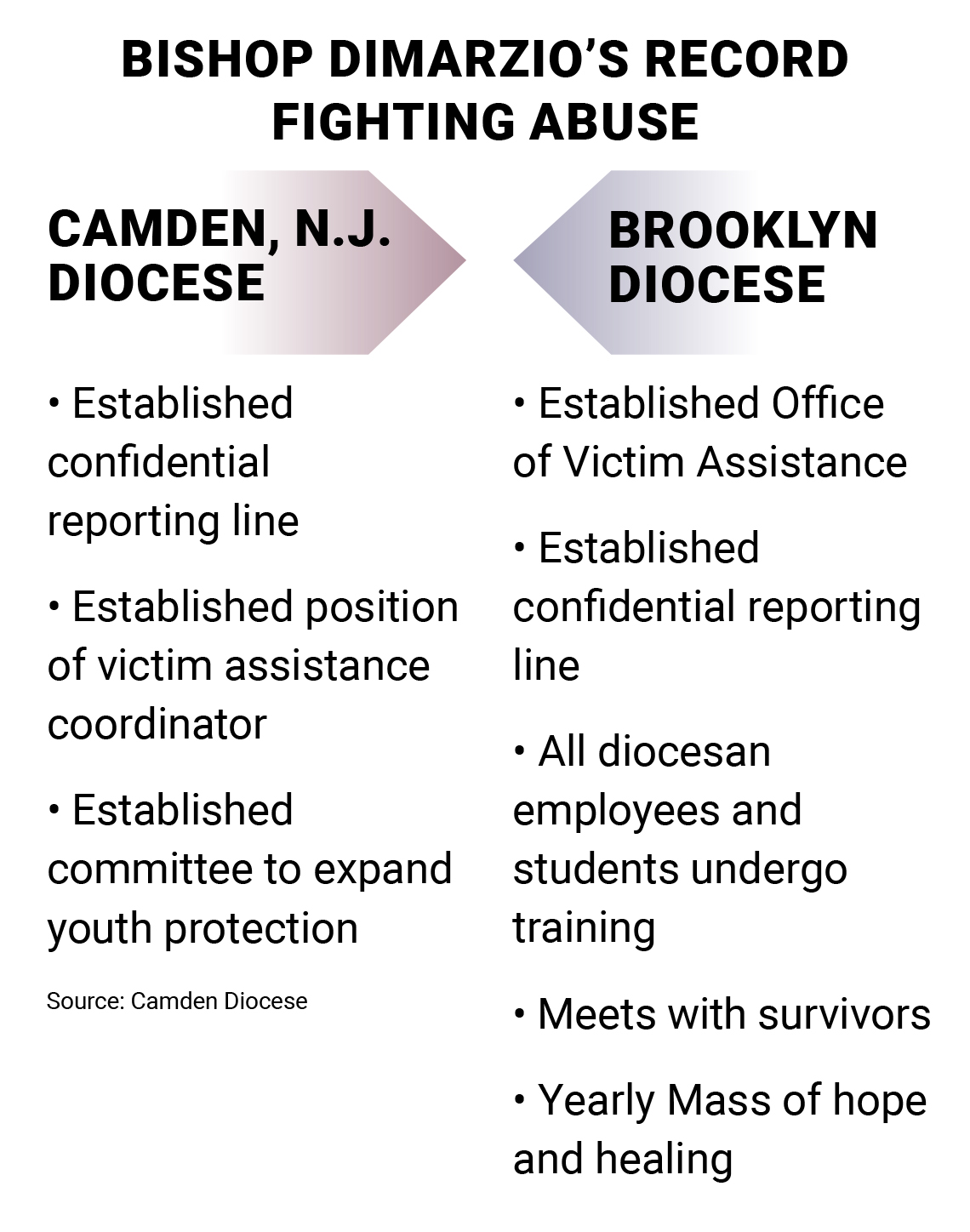 “We look forward to the filing of the lawsuit so Bishop DiMarzio can have his day in court,” said Hayden, an experienced trial attorney. “Bishop DiMarzio is ready, willing and able to defend this lawsuit as soon as the court will be able to hear the matter, because the allegation is not true.”

“We are very appreciative of the support we’ve received from the members of St. Nicholas Parish, many of whom will be potential witnesses,” he added.

The allegation against Bishop DiMarzio was first reported on Nov. 13 by the Associated Press.

In the report, Garabedian alleged that Bishop DiMarzio repeatedly abused an altar boy at St. Nicholas Parish in Jersey City, N.J., in the 1970s, and in a letter to the Archdiocese of Newark, N.J., he said he intended to file a lawsuit in December, when New Jersey’s look-back window for cases that had passed the statute of limitations opened.

The alleged victim also claims he was abused by a second priest, the late Father Albert Mark.

Garabedian had previously described Bishop DiMarzio’s mission as “tainted” given the new allegation against him. Despite Malone’s departure from office, Garabedian told The Tablet that “given the fact that the chief investigator is a bishop that has been accused of child abuse is in and of itself tainting the process.”

Since reports of the potential lawsuit were first made, Bishop DiMarzio has categorically denied the allegation.

“In my nearly 50-year ministry as a priest, I have never engaged in unlawful or inappropriate behavior and I categorically deny this allegation,” Bishop DiMarzio said in November. “I am confident I will be fully vindicated.”

Last month, the Archdiocese of New York confirmed that under the new protocols for bishop accountability, Cardinal Timothy Dolan will formally conduct an investigation into an allegation against Bishop DiMarzio, which is standard process for any U.S. bishop facing an allegation of abuse. 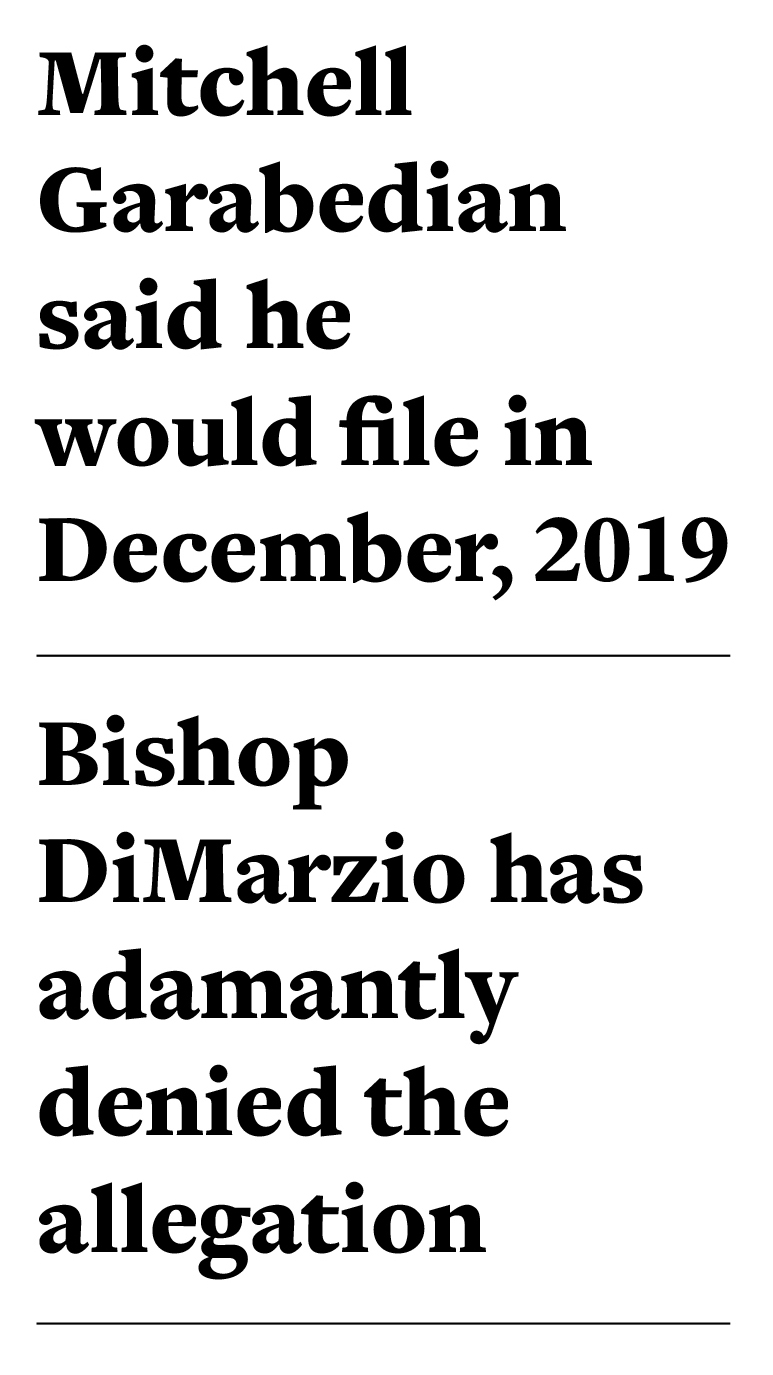 In an interview last month on his radio show “Conversations with Cardinal Dolan,” the New York cardinal said his investigation is “expected” under the new Vatican guidelines “Vos estis lux mundi,” which were issued last May.

Under the new norms, Cardinal Dolan, as the metropolitan archbishop of New York, is responsible for carrying out the investigation.

“I love the guy, he’s a good friend, he’s never had an accusation against him his whole life,” Cardinal Dolan said of the case. “But in November, somebody made an accusation from way, way, way, way, back — 48 years or so ago — and, as much as Bishop DiMarzio said ‘This is preposterous, this is ridiculous, this is unjust,’ darn it, we have to take it seriously. We promised we would … and I have to as well, and the Holy See does.”

A source close to the matter has told The Tablet that former FBI director Louis Freeh has been hired to conduct the investigation. Freeh, who led the agency from 1993 to 2001, is the chairman of Freeh Group International Solutions, which conducts safety and security investigations around the globe.

Garabedian told The Tablet that he is still considering whether he will allow his client to provide testimony in the Vos estis investigation.

“It’s something I’m considering,” he said.

As the church investigation gets underway, and as Bishop DiMarzio awaits further action on the potential civil case, he has described his situation as “unfortunate” and one that is testing his patience.

Professor Mary Graw Leary at the Catholic University of America said that after allegations are made, there is often “not a lot” that an accused party can do until that person gets his or her day in court.

“Under the First Amendment, people can make accusations and the other party is left with denials,” Leary said.

Leary, who is a former federal prosecutor and the former director of the National Center for the Prosecution of Child Abuse, said that over the years, she has spent time with clergy members who have expressed fears that one baseless accusation could have personal and professional repercussions.

She said while that’s true, it’s important to offer perspective that such is the case with anyone accused of such things and that priests and bishops aren’t exempt from that reality.

In cases, such as that of Bishop DiMarzio’s, where no lawsuit has been brought, she said the accused party is often left with making broad or categorical denials.

For his part, Bishop DiMarzio described the recent months as “not a happy time,” telling Currents News that “it’s one of those unfortunate things that test your ability to stay calm under pressure and ability to keep functioning.”

Last month, he said he opted to cancel his longtime tradition of participating in Catholic Schools Week when several parents complained that he would be present at a school while unresolved allegations are still hanging over him.

“In order not to create a problem with the school … which would mar the whole celebration of Catholic Schools Week, I decided not to go,” he said.

Adriana Rodriguez, press secretary for the Diocese of Brooklyn, said that she believes it has been “disingenuous” for Garabedian to announce the lawsuit to the press without backing it up with a lawsuit to support his claims.

“Nearly three months later, nothing has changed and he is simply repeating his plan,” Rodriguez said. “Typically attorneys go to the media when a lawsuit is filed, not months before. It appears to have been a clear attempt to undermine the credibility of Bishop DiMarzio.”

“The bishop has hired an experienced trial attorney and is ready to go to trial as quickly as possible,” she added.

Click here to read a statement from the Diocese of Brooklyn about the ‘Vos Estis Lux Mundi’ Probe.