The Diocese of Camden, where Bishop Nicholas DiMarzio was first a bishop from 1999-2003, released a statement Nov. 13, citing the bishop’s record in the diocese of confronting clerical sexual abuse.

The statement comes in light of news of a planned lawsuit against Bishop DiMarzio, alleging that he molested a minor while he was a parish priest in Jersey City, N.J., in the Archdiocese of Newark in the 1970s.

In its statement, the Camden Diocese said that during his tenure there he “was at the cutting edge of providing protections to the children of South Jersey.”

Even before the U.S. Conference of Catholic Bishops established the Charter for the Protection of Children and Young People in June 2002, Bishop DiMarzio created procedures to protect children and make sure victims receive the care they need, the statement said.

Bishop DiMarzio was at the helm when the Diocese of Camden was the first diocese in the United States to have a toll-free phone number for victims to report abuse, which it still maintains. He brought together faith leaders, former and current county and state law enforcement officials, and victims to review diocesan policies on protecting children and advise him on ways to expand protection and ministry to young people, according to the diocese.

“Given the above, the Diocese trusts that the courts will see through this charge,” the statement concluded. 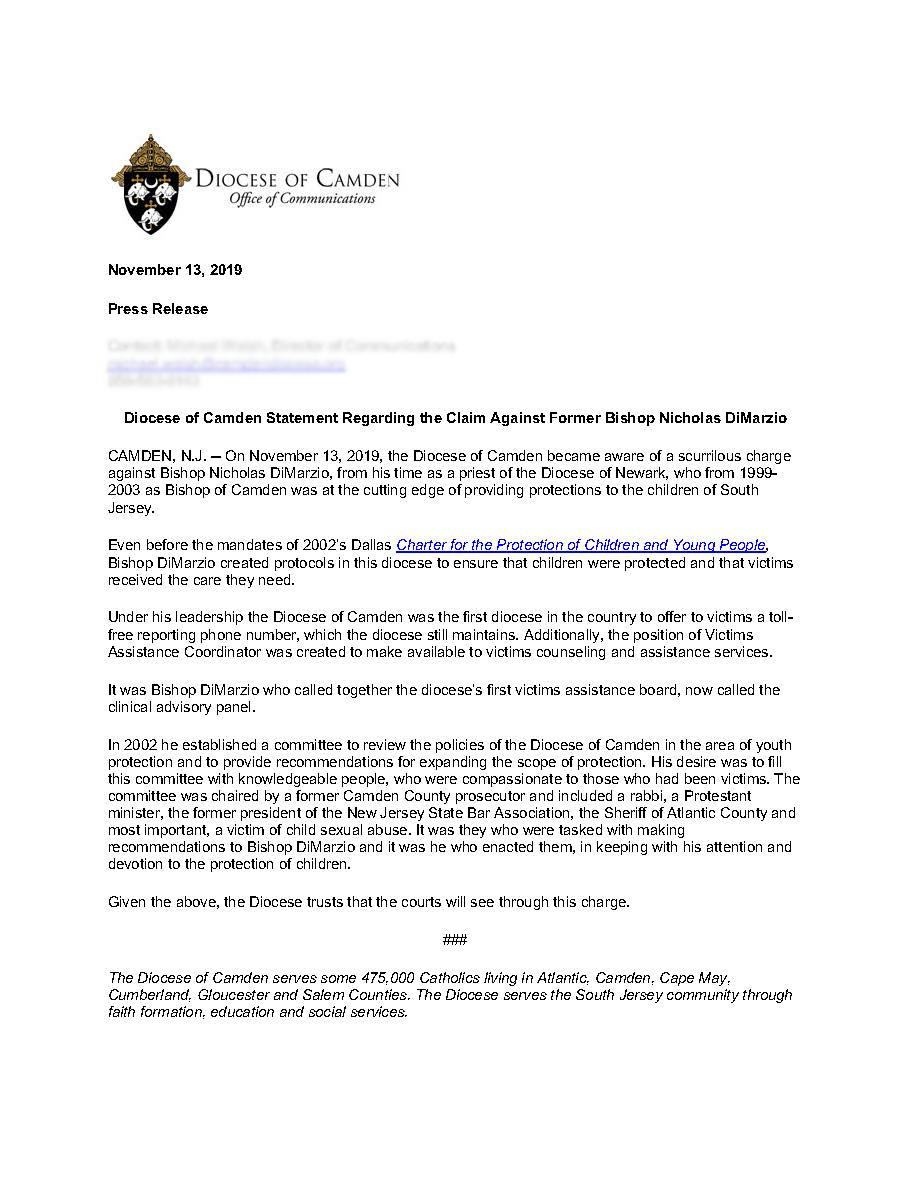