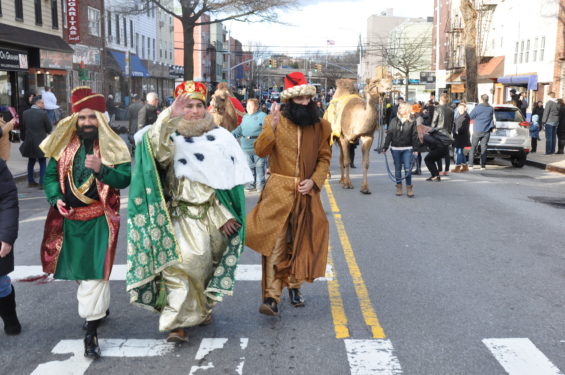 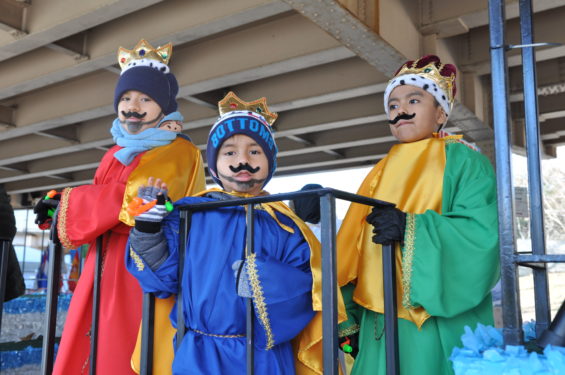 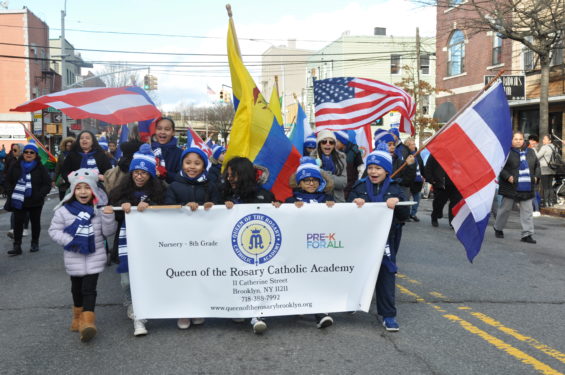 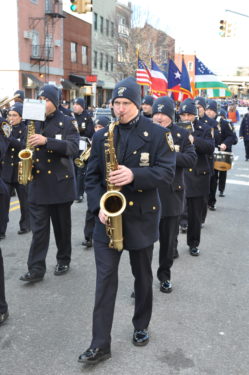 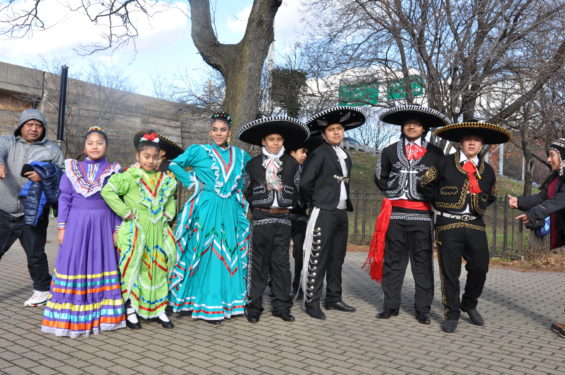 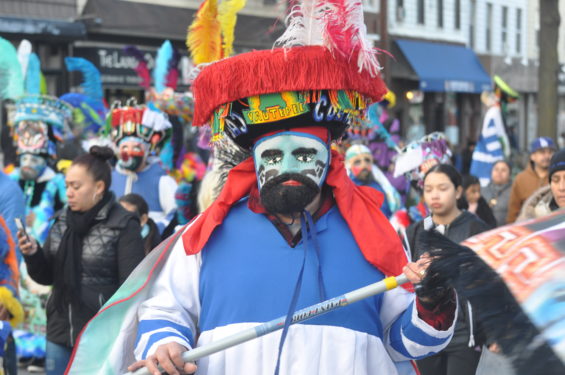 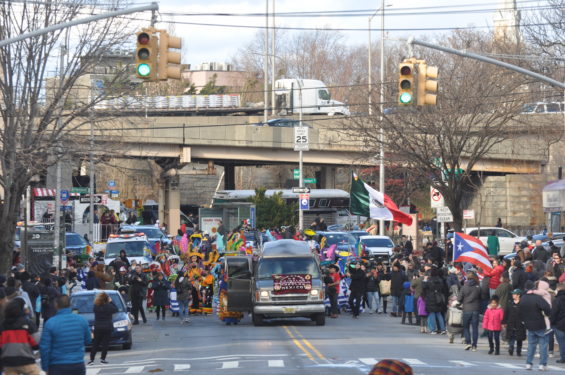 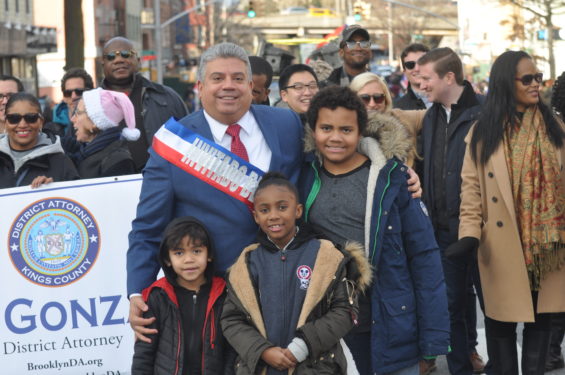 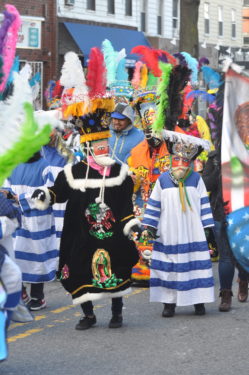 Keeping traditions alive is what Brooklyn’s Three Kings Parade is all about.

The 22nd annual march took place along Williamsburg’s Graham Ave. on the feast of the Epiphany or Three Kings Day, Sunday, Jan. 6. The holy day celebrates the visit of the three Wise Men, Casper, Melchior and Balthazar, to the newborn Christ Child in Bethlehem.

Inspired by the Magi who brought gifts of gold, frankincense and myrrh to the Infant, many Hispanic cultures celebrate the day with an exchange of gifts.

Parade founder and president, Radames Millan, says that the event was begun so that young Hispanics are aware of and continue to preserve the culture of their parents and ancestors.

“Some of the students tell us that it’s a bigger celebration than Christmas,” says Lisa Scheer, who teaches at Queen of the Rosary Academy. A strong contingent of students, parents and faculty members from the school marched in the parade that extended from Meeker Ave. to Broadway. Along the way, the students energetically chanted the praises of their school, which is located in the former St. Nicholas H.S. building.

“I’m here today because my mom keeps up the tradition at home. We’re Puerto Rican and we don’t stop celebrating Christmas until Three Kings Day,” says Adriana Antonio, at student at Queen of the Rosary.

“For me to be here with my school means a lot. We get to celebrate the day and to show that my school really cares. We get to show off our school and all that we do.”

Many parents in the line of march said they wanted to pass on the customs that had been handed down to them by their parents.

“I wanted to keep up the tradition we had in my household,” says Farrah Luiz, who has two students enrolled in Queen of the Rosary. “Growing up we always celebrated Three Kings and I want to pass that tradition along.

“It’s not about the gifts. It’s more about family time.”

There were dancers in colorful Mexican costumes, a stilt walker waving the Puerto Rican flag and local merchants advertising their wares.

The best was saved until last when the Three Kings arrived, waving and taking photos with onlookers along the route. They were accompanied by two live camels, several sheep and miniature ponies. The parade was preceded by Mass at All Saints Church, Throop Ave., celebrated by the pastor, Father Vincenzo Cardilicchia.

The parade committee sponsors several fund-raising events throughout the year to support its efforts.