People who came to see Brooklyn’s celebrated West Indian American Day Parade on Labor Day couldn’t miss the Catholics from around the diocese in red T-shirts marching and singing praise to God. 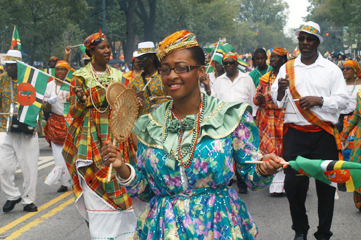 With their shirts emblazoned with the words “Roman Catholic Diocese of Brooklyn,” they marched and sang in the largest celebration of Carnival outside the Caribbean. Originating from Trinidad and Tobago Carnival is a festival based on folklore, culture, religion, and tradition.  More than two million people attended the Brooklyn event.

“We celebrate our faith and our culture,” said seminarian Jose Andres Henriquez, who is studying at Immaculate Conception Seminary, Huntington, and is from the Dominican Republic. “It’s a great way to praise the Lord and show the people what a mighty God we serve.”

Before the parade, Catholics of Caribbean descent gathered in St. Matthew’s Church, Crown Heights, for Mass celebrated by Bishop Nicholas DiMarzio. Haitian-born retired Auxiliary Bishop Guy Sansaricq and priests who serve the Caribbean Apostolate, concelebrated. Msgr. Joseph Malagreca, pastor of Holy Cross church, Flatbush, preached the homily, some of which was in English, Creole and Spanish.

“It is of the utmost importance that the Church be present in the parade today: to show that Caribbean culture is not only costumes and drums but also the Catholic church,” he told the congregation.

After an uplifting ceremony filled with song, the congregation stepped outside to join the festivities. Although they had to wait over an hour because the parade started later than planned, the congregation remained enthusiastic.

“There will be a lot of people that need to know that Jesus is Lord,” said Cathy Abdullah from Trinidad.  “And if they want someone to lead them we can direct them.”

Bishop Sansaricq said the parade was a way for Catholics to fulfill their duty to evangelize.

“The culture, left to itself, does not incorporate the Eucharist.  It is up to us to bring that element to the culture,” he said. 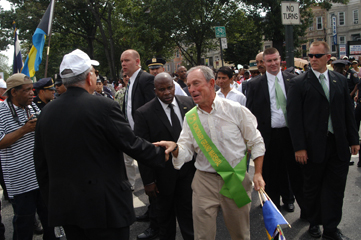 Bishops DiMarzio and Sansaricq and diocesan priests marched at the head of the diocesan contingent along the two-mile route on Eastern Pkwy.

As soon as they joined the parade, volunteers started to distribute rosaries to spectators. Shanty Jarrett, from Our Lady of Victory parish, Bedford-Stuyvesant, said she participates every year and is pleased to see that many people are receptive to receiving a rosary.

Keisha Brown, who was there with her family to enjoy the display of culture and colorful costumes took a rosary and encouraged her children to do likewise.

“I just took them and I’ll pray on them,” she said. “My son actually likes them.”

Father Saint Charles Borno, administrator of  St. Teresa of Avila, Sterling Pl., was among the many priests who marched.

“This is part of the new evangelization,” he said.  “Today we answer the call of Jesus to go out and preach the good news.”

Father Andrew L. Struzzieri, pastor of St. Matthew’s, said the outreach during the annual festival was at the heart of the parish’s evangelization efforts.

“Even if one person out of the million that come for the parade gets closer to Jesus, we’ve accomplished something,” he said.

Cedric Borrows, a Guyanese parishioner from Holy Cross, Flatbush, said that showing the unity of the Church is a way to evangelize.  He enjoyed  the parade before. However, this year he chose to come and be part of the church group.

“I’m part of the Church and I chose to be part of the parade in a more meaningful way: showing God’s might,” he said. 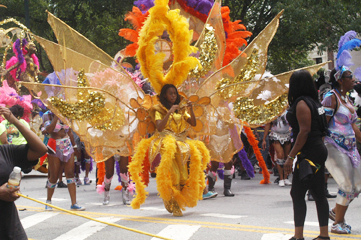 Bishop DiMarzio said he wanted to be present to show his support of the West Indian people and their efforts.

“We are Catholics — our unity is with Christ within the Eucharist,” he said.

Artherlie Alexandra, from St. Matthew’s explained that she wanted to show her unity with other Catholics.

Although she is from Grenada, she was carrying a flag from a different country. She said it was more important to represent all the countries than to display national pride.

She said singing and chanting was another way to celebrate faith.

“We have to show the world that we are not afraid to profess our faith,” she said. “When you sing, you praise God twice. God gave me a voice, so I love to praise him.”

The parade also served as a way for the Catholics to strengthen their own faith. Marie Noel, a Haitian parishioner of SS. Joachim and Anne, Queens Village, brought her two young children to the parade.

“This is their first Carnival and I want their first experience to be with the Church,” she said. 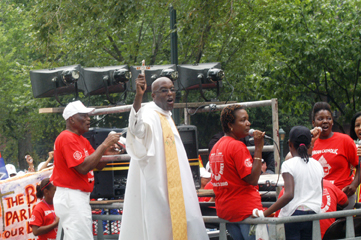 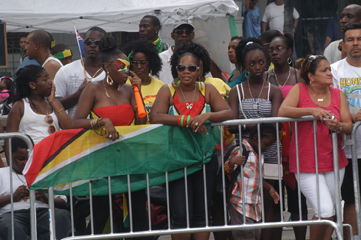 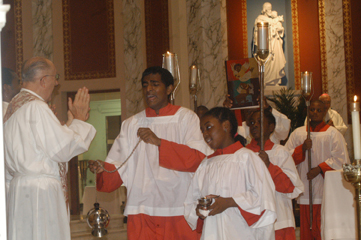 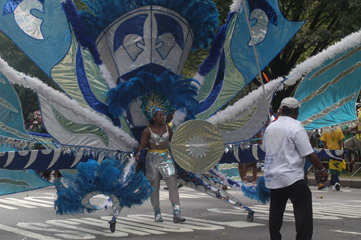 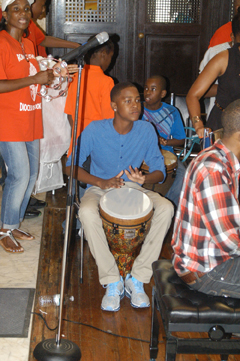 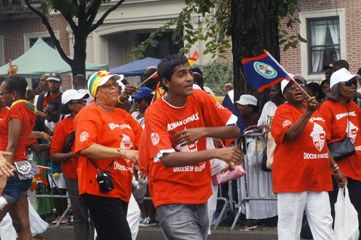 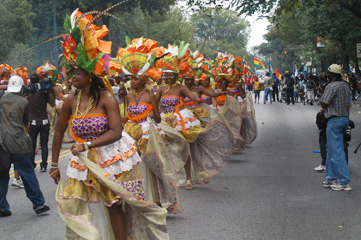 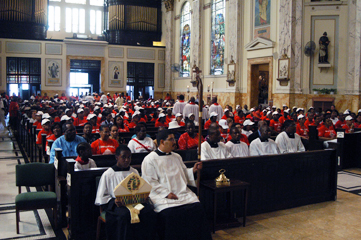 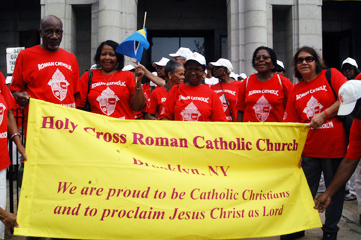 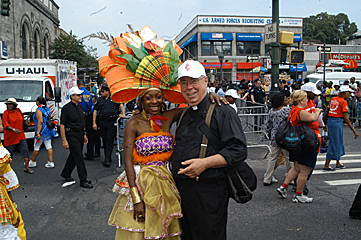 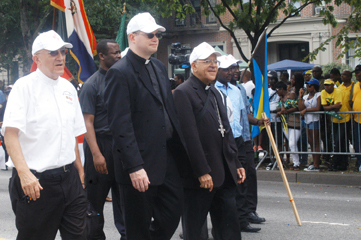