Catholic Hairstylist Shares Beauty of the Faith, One Cut at a Time

Jennifer Arellano loves being a hairstylist as much as she loves her Catholic faith. Before she opened Bellus Salon in Houston, she would pay out-of-pocket for the seminarians and clergy who needed a haircut. Today, she offers free cuts for anyone who is on the path to the priesthood or religious life.

WINDSOR TERRACE — If you’re looking for a decent haircut in the midst of a global pandemic, we know a place.

Take a walk inside the small, quaint entrance of Bellus Salon in Houston and you might be surprised to find a crucifix, prayer cards, and relics of St. John Paul II all before you sit down in the barber’s chair.

In the middle of the wall is the company sign and if you stare long enough, you’ll find the Miraculous Medal embedded into the company logo. It’s no surprise for Bellus Salon owner Jennifer Arellano who said her goal in life is to be the saint of hairdressers and seminarians. The 35-year-old Holy Rosary parishioner has been offering free haircuts for seminarians, clergy, and religious since she opened up shop in 2016. 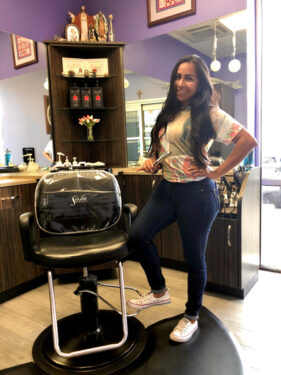 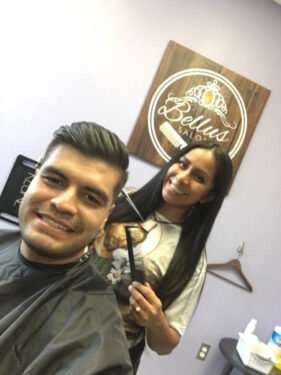 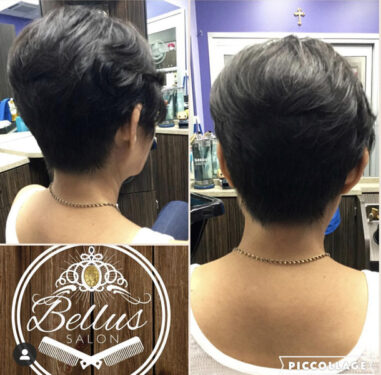 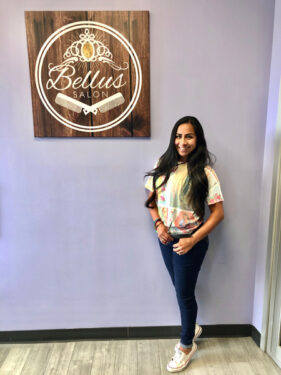 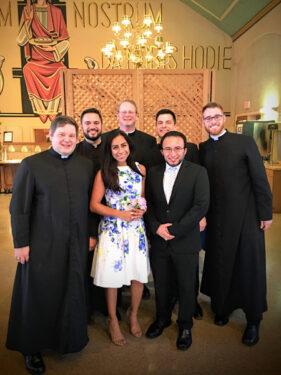 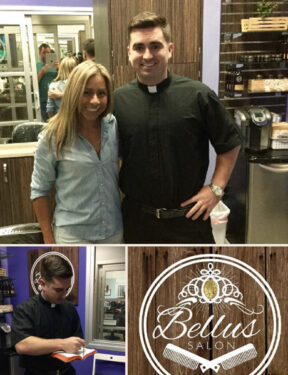 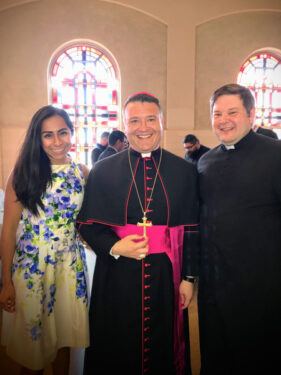 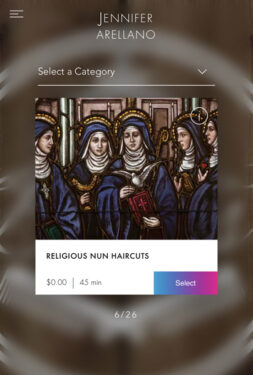 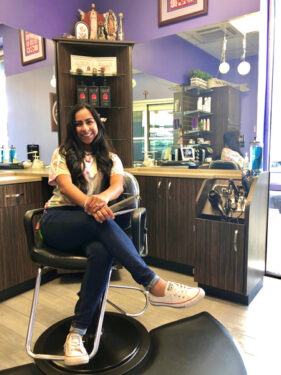 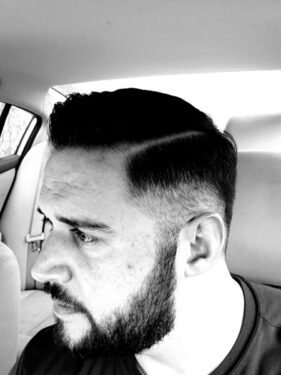 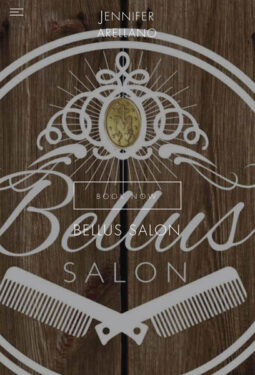 Regardless of religious beliefs, Arellano’s doors are open to anyone who wants to sit down and have good conversation and be understood for who they are. At the end of every shift, she said she prays for every single person who was in her chair that day.

Sitting in her salon, on a sunny August afternoon, Arellano light-heartedly shared her take on why she highlights her faith with all her different clients.

COVID-19 safety precautions have allowed her to reopen under strict guidelines and she still capitalizes on any opportunity to evangelize. Every time you book an appointment and show a parish bulletin or proof that you attended Mass that week, you get a 20 percent discount off your service.

Before she became a small business owner offering her time and talents in the salon as small works of mercy for members of the Church, her faith journey saw plenty of ups and downs. After a failed marriage, Arellano said she spent years in doubt and resentment. She worked for 13 years as a stylist in another hair salon, yet she recalled having issues when she couldn’t take off during holy days of obligation or for Mass on Sundays.

The idea to open up her own salon started to come into fruition around the same time God was calling her back into the fold. At first, she was hesitant but took a humble leap of faith. Her saving grace came when she attended the Bayou Awakening young adult retreat. It was the moment when her faith was rejuvenated.

There, she met a seminarian and told him that she was a hairstylist and if he wanted, she could cut his hair free-of-charge. The news spread, and before you know it, her clientele started to regularly include deacons, seminarians, and priests.

In 2016, then-Deacon Michael McFall blessed the opening of her salon on the Feast Day of the Sacred Heart of Jesus.Father Michael Cellars, parochial vicar for St. Mary Magdalene Church in Simpsonville, South Carolina, studied at St. Mary’s Seminary in Houston and as a seminarian would get his hair cut by Arellano.

“It’s very inspiring to see as a woman, as a young entrepreneur, give back in her own way that is unique to her,” Father Cellars said, “because God has given her a gift, not only being a cosmetologist because it’s more than that, it’s a ministry of love.”

“Reaching out to people, and to do that with seminarians and priests, is interesting because most people don’t think about doing those kinds of things in those ways,” he added. “So it’s a ministry to the church, but specifically to priests and seminarians and future priests that’s wonderfully appreciated.”

Another priest and friend of Arellano, Father Peter Towsley, was studying in Houston before being ordained for the Diocese of Bridgeport. He described the salon as a little sanctuary.

“Jennifer unabashedly uses her God-given talents to cut hair and spread the faith in whatever way she is able,” Father Towsley said. “She is filled with apostolic zeal, joy, and loves all that is good in the old and new of the traditions of our Catholic faith. I know many of us as clergy not only walk away with lowered ears but our spirits rise leaving her little salon sanctuary.”

One client, seminarian Jacob Ramirez, has been getting haircuts with Arellano for six years. When the lockdown occurred, he would do his best to find any opportunity to still serve the church, even in the virtual capacity, through livestreamed Mass, Zoom check-ins, and conferences with the youth ministry. Like most men and women who were months separated from their hairstylist, Ramirez toughed it out. He was glad when he found out Arellano was open again.

“Yes, I can actually look presentable at Mass when I’m serving,” he said. “My hair’s not a hot mess. It was great news and I was happy for her because that’s her livelihood, that’s her work.”

Ramirez shared the simple joys that come from being a part of Bellus Salon’s clientele.

“It’s a whole experience,” he said. “This is kind of like our chance to be pampered if you will and for me, it’s a time to relax, just have a good conversation with a friend of mine where I can just be myself and just talk about what’s going on in the seminary and what’s going on in my family.”

Arellano’s business motto is simple and it’s an extension of her unique ministry.

“My thing is you’re already beautiful and you’re already handsome because you’re God’s creation, so all I’m doing is just enhancing what you have,” she said.

When asked if she would be canonized a saint, what would be her signature relic? Arellano responded confidently, “a bobby pin!”