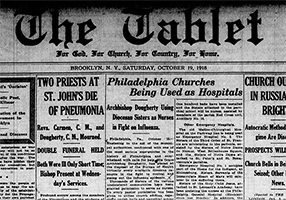 Several religious order priests serving in the Diocese of Brooklyn died because of illnesses caused by the influenza pandemic of 1918. 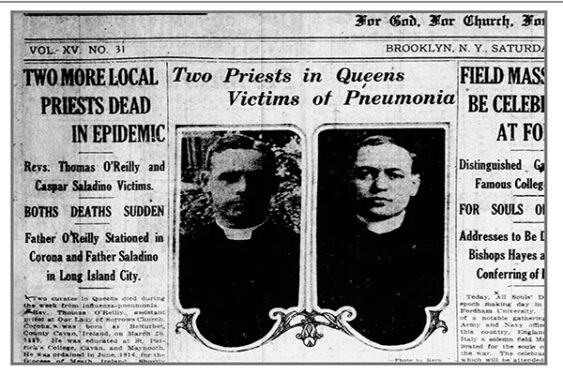 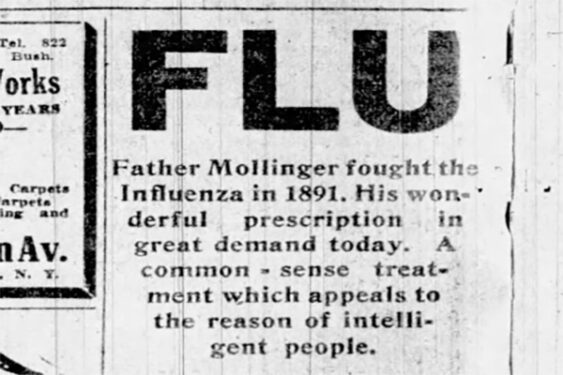 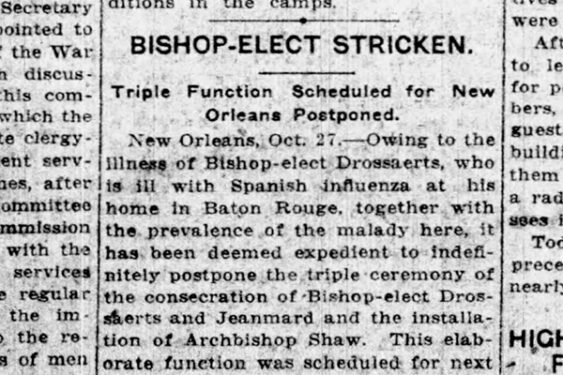 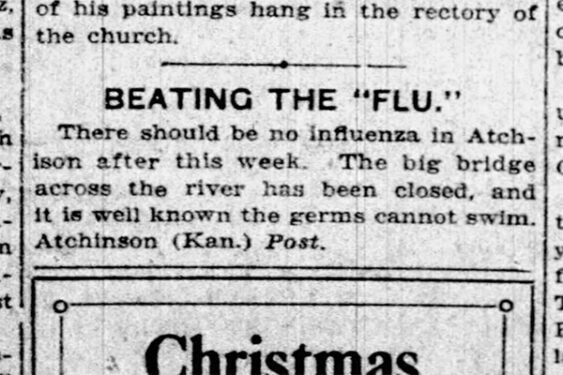 BAY RIDGE — When Father Jorge Ortiz died March 27, it wasn’t the first time that death visited the Diocese of Brooklyn during a pandemic. A perusal of the headlines from the 1918 editions of The Tablet reveals that the Spanish Flu of that year hit the church here in unexpected and dramatic ways.

As seen from the headlines, several priests — both diocesan and religious orders — succumbed to the illnesses that resulted from the onslaught of the disease. While healthcare professionals in the early 20th Century did not understand the wave of sickness in the same way as they do today, there are some similarities.

Most of the obituaries from 1918 reveal that the sickness came on very suddenly and deaths followed in just a short period.

On the front page of the Nov. 2, 1918 issue of The Tablet, the headline reported, “Two More Local Priests Dead in Epidemic.” The story went on to announce the deaths of 27-year-old Father Thomas O’Reilly, an associate at Our Lady of Sorrows in Corona, and Father Caspar Saladino, who was serving at St. Mary’s Parish in Long Island City.

Father O’Reilly, who was born, educated, and ordained in Ireland, came to the diocese in 1916, when he first was assigned to St. Agatha’s in Sunset Park.

Shortly before his death, he developed pneumonia and was moved to St. Catherine’s Hospital in Bushwick, where he later died.

Father Saladino was a native of Sicily, who arrived in Brooklyn as a young boy. He was ordained in 1912 by Bishop Charles McDonnell at St. John the Baptist Church in Bedford-Stuyvesant. He is buried in the priests’ plot in St. John’s Cemetery in Middle Village.

Like those in 1918, Father Ortiz was also a native of another land who found a home ministering to the people of Brooklyn.

During the current crisis, Bishop Nicholas DiMarzio was in favor of keeping churches open although Mass would not be celebrated.

But good health practices ultimately forced him to shutter all buildings to help stop the possible transmission of the disease. In 1918, most churches remained open, but there were some exceptions.

The Catholic Pulse, by Valerian, was a popular front-page feature of The Tablet publication. In the Oct. 26, 1918 edition of The Catholic Pulse, it was noted: “The call of the epidemic has made life strenuous for the local doctors. Everywhere they are running from house to house, endangering their health to bring relief to others.”

On Nov. 9, 1918, Valerian noted that “even healthy Long Island has felt the severity of the flu. Local Health Boards have advised caution to the point of closing many Long Island churches.”

It went on to note: “Huntington, Bayshore, and other points have witnessed mass said on church lawns before behatted parishioners. Death is proportionately as busy in the little parishes as in the crowded cities.”