“It is one thing to learn about a part of history and other thing is to see it.” That was the sentiment after the meditative and prayerful visit to the concentration camp of Auschwitz.

On July 27, about 400 members of the Brooklyn Diocese contingent, paid a solemn visit to the camp that is considered a symbol of terror, genocide and the Holocaust.

Jason Reyes and Matthew Perez, students at Xaverian H.S., Bay Ridge, said that the visit to the site where at least 1,100,000 people were murdered during World War II brought a deep sadness. 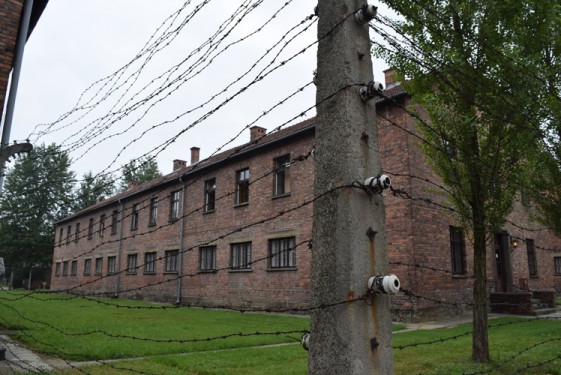 From 1942, the camp became a mass murder site. Most of the prisoners who arrived at Auschwitz were immediately sent to die in the Birkenau gas chambers. (Earlier in the week, other pilgrims coming from Brooklyn learned more about the history of Auschwitz and nearby Auschwitz-Birkenau extermination camp.)

Father John Amann, pastor emeritus of Holy Family Church, Canarsie, said that coming to Auschwitz made the pilgrims feel the depths of human nature at its worst.

“We were shocked knowing that so many innocent people died there,” said Laura Ramirez, who came with Brooklyn’s Hispanic Charismatic Renewal group. “We were imagining how it was inside (the barracks), you can feel the weight of the sadness.” 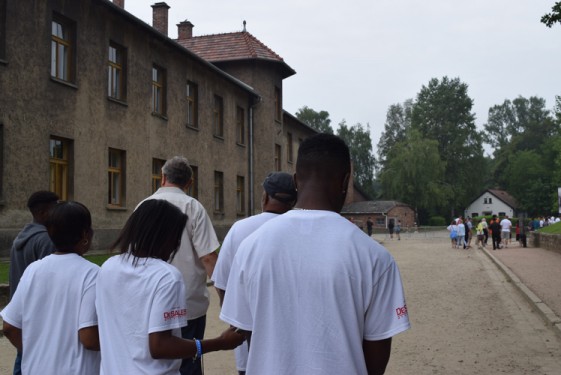 Perez said that he was touched by being able to walk around the place people were brought to be killed. The average life expectancy after arriving at Auschwitz was three months, said the person guiding the tour.

“All I could do really was stand there and read the sign and take off my hat out of respect because there is nothing that could be said to further encapsulate what comes from this visit,” he said.

Later on that day, Bishop DiMarzio reflected on the pilgrims’ visit to Auschwitz in the context of the evil in the world and the need for God’s mercy. He said that Pope Benedict XVI once said the people who committed those murderers were “bereft of any concept of God.” 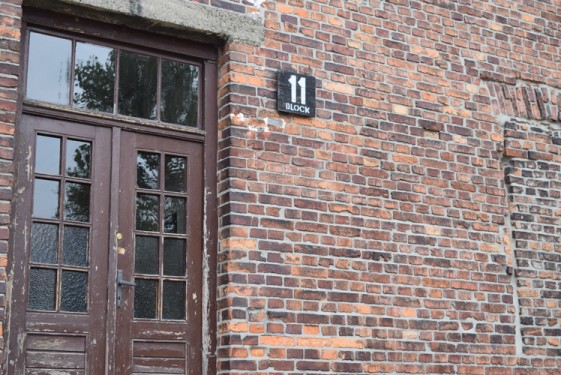 “This is what it was like in this un-Christian approach to elimination of people there was no love, there was no understanding,” he said. “Hopefully as we talk about mercy we’ll understand better how to be merciful to others, how to treat other people.”

Grace Dolan, 17, of Blessed Trinity parish, Breezy Point, who reflected on the horrors that took place in Auschwitz said this indifference should be avoided at all cost.

“It really scares me how desensitized people can be,” she said. “I think it is really good to bring awareness to people’s humanity.” 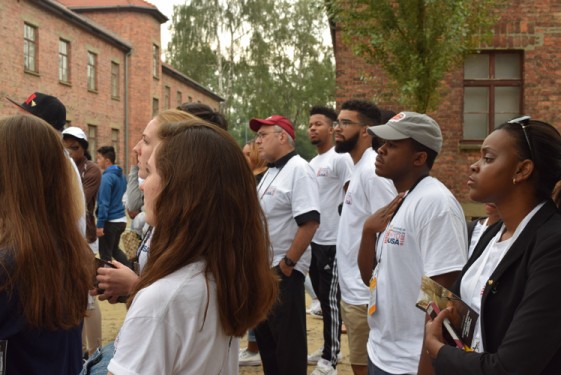 Perez added that in this Year of Mercy, seeing the results of the worst of the human capacity for evil was a call to treat people differently and to bring about hope and kindness.

Amid the sadness, there was a sliver of heroism. The pilgrims visited the barracks of the martyred St. Maximilian Kolbe, a Polish Conventual Friar who surrendered his live so another prisoner might live.

“What he did was to give his life for the sake of a family,” Father Amann said. “A young man was there who was the father of six children… and he exchanged places with Maximilian Kolbe, who was exterminated in his place.”

Ramirez added that knowing that “amid all the evil Maximilian brought a bit of light and hope also brings forth hope” amid the violence and death that we live in today’s world.

Being Close to Pope Is An Amazing Experience