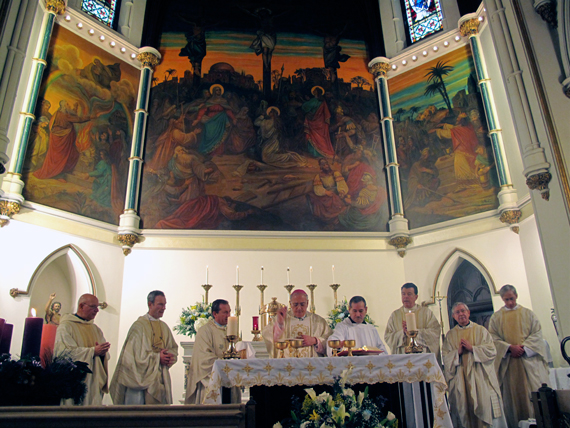 On the feast of the Immaculate Conception, Bishop Nicholas DiMarzio rededicated Visitation of the Blessed Virgin Mary parish in Red Hook.

“The bishop, with this rededication, shows that this church is supposed to be open in waiting for the second coming of Jesus Christ,” said pastoral associate, Sister Frauke Tinat, from the community of Koinonia John the Baptist.

“This great grace has come to Red Hook because the field is ripe for the New Evangelization,” Bishop DiMarzio told the congregation. “Today we give thanks and pledge ourselves for the work that needs to be done.”

“The Lord God is on our side,” said Father Claudio Antecini at the end of Mass. “As pastor, I would like to thank you for all your pain and effort.”

The community of Koinonia John the Baptist moved into Visitation parish in November of 2010. Since then, Mass attendance has increased tenfold, the parish has regained financial stability and plant reconstruction has begun.

Brother Marcelo Melgar, also from the Koinonia community, said that among the greatest challenges when the community first arrived was to not be discouraged by the low Mass attendance.

“My first Mass here was very small,” he said. “There was only about 30 people in the Spanish Mass and about 25 people in the English Mass.”

However, he said, that by trusting in God’s will, they were able to bring more people into the church.

“We decided to go outside to evangelize,” he said. This meant knocking on doors and approaching people in public places. They especially concentrated on the neighboring public housing complex, the largest in Brooklyn. 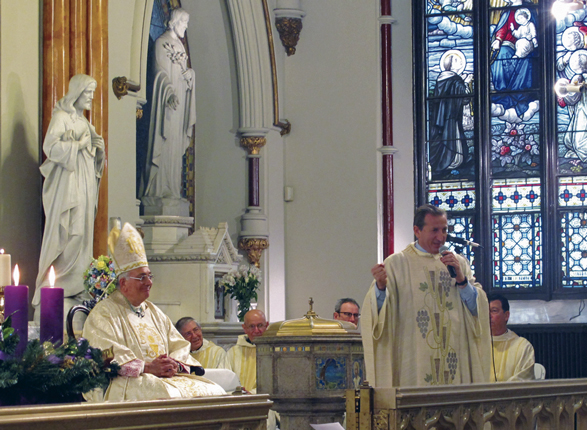 “For me it has been beautiful,” Brother Marcelo said describing the process. “There are more people here because we give everything to the Lord.”

Among those who have gravitated toward the church in the past couple of years is Hector Marrero. He had recently moved to the neighborhood to take care of his mother when he first felt the pull toward Visitation.

He said he was reading on a bench in Coffey Park when he was struck by the sight of the church. He decided to venture into the Catholic Church, a community from which he has been estranged for 25 years.

“I came in the building, and the Holy Spirit just hit me,” he said.

Since that day, Marrero has immersed himself in the parish community. He is an extraordinary minister of Holy Communion, a Knight of Columbus and a catechist. This, he said, has borne many fruits.

“It inspired my family,” he said. “They look at me as a role model now.”

He now teaches his grandson religious education and has gained the respect of his daughter, who was also inspired to join the Church.

“She never took my advice before,” he said. “Now she calls me even for the small things.”

With a smile on his face, he said this Thanksgiving, his family gathered to pray and break bread together.

Among the greatest challenges Marrero faced in his new ministry were the effects of Sandy on the parish.

Red Hook was among the hardest hit areas in New York. Many buildings in the area, including the church, were left without electricity for a month, due to extensive flood damage in the low-lying area.

Father Antecini said that during times of extreme duress, such as during a hurricane, there is only one thought on many people’s minds: how to help others.

Visitation parish helped about 4,000 people from the neighborhood who came looking for food and supplies. Because many of the church facilities were flooded and because it was cold outside, the parish distributed supplies from inside the church.

“It was like the Ark of Noah,” the pastor said.

He said Sandy brought two kinds of floods: the flood of destructive water and the flood of volunteers and donations. Catholic Charities, government agencies, politicians, not-for-profit agencies and private citizens came to donate an overwhelming amount of supplies, the pastor said.

This influx of activity and commotion brought with it spiritual renewal. Father Antecini said many people took the opportunity to partake in the sacrament of reconciliation for the first time in many years.

“The people feel that the church is taking care of them and they love us,” he said. “Now that they are returning, they feel that the Church is alive not something they just learned about in school.”

Having witnessed firsthand the transformation that has begun to happen in Red Hook, Bishop DiMarzio said he has a renewed hope for the parish.

“I guess, through the storm, Red Hook has had a type of baptism,” he said during his homily, to the cheers and applause of the congregation. He reminded them that baptism means death to one way of life so that one can enter into a new life.

Now that the parish has survived waning Mass attendance, the greatest natural disaster in Brooklyn in living memory and financial insecurity, Father Antecini said the parish is looking to the future with faith. Its main goal now, he said, is to evangelize and educate.

He said the parish is getting ready for Christmas with concerts, a Santa appearance and the continuation of food distribution efforts. There will also be a Christmas party and a midnight Christmas Mass.

In order to sow the seeds of faith, the pastor said educational efforts will continue to expand. He is planning to hold weekend and weeklong classes to help people understand the faith and learn how to evangelize. 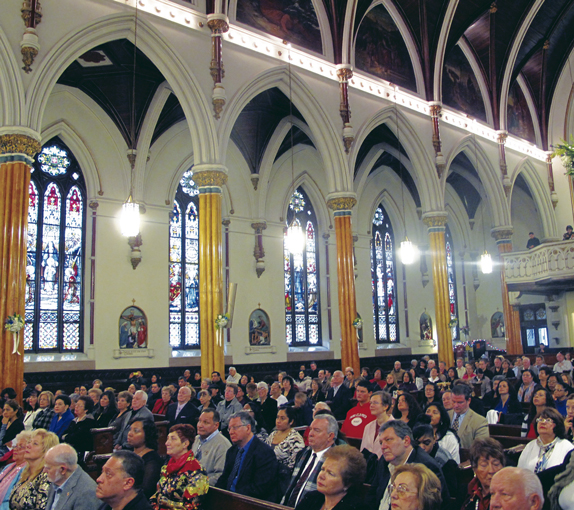 Though much activity has returned to the parish, there are still hardships. Visitation started the calendar year with a small financial reserve, the first time it has been in the black for many years. However, Sandy brought much damage. The Koinonia community continues to offer its services to the parish on a volunteer basis. Father Antecini and the religious of the community take no compensation for their services. They rely on the generosity of others. 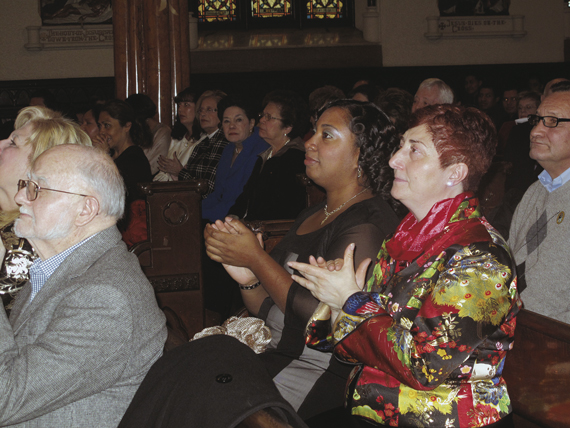 3 thoughts on “Visitation BVM, Red Hook – Rededication Mass Highlights a Renewal in the Neighborhood and in the Parish”