The Diocese of Brooklyn welcomed two Polish seminarians, who left their former lives behind and crossed the Atlantic Ocean to answer the call of Jesus. 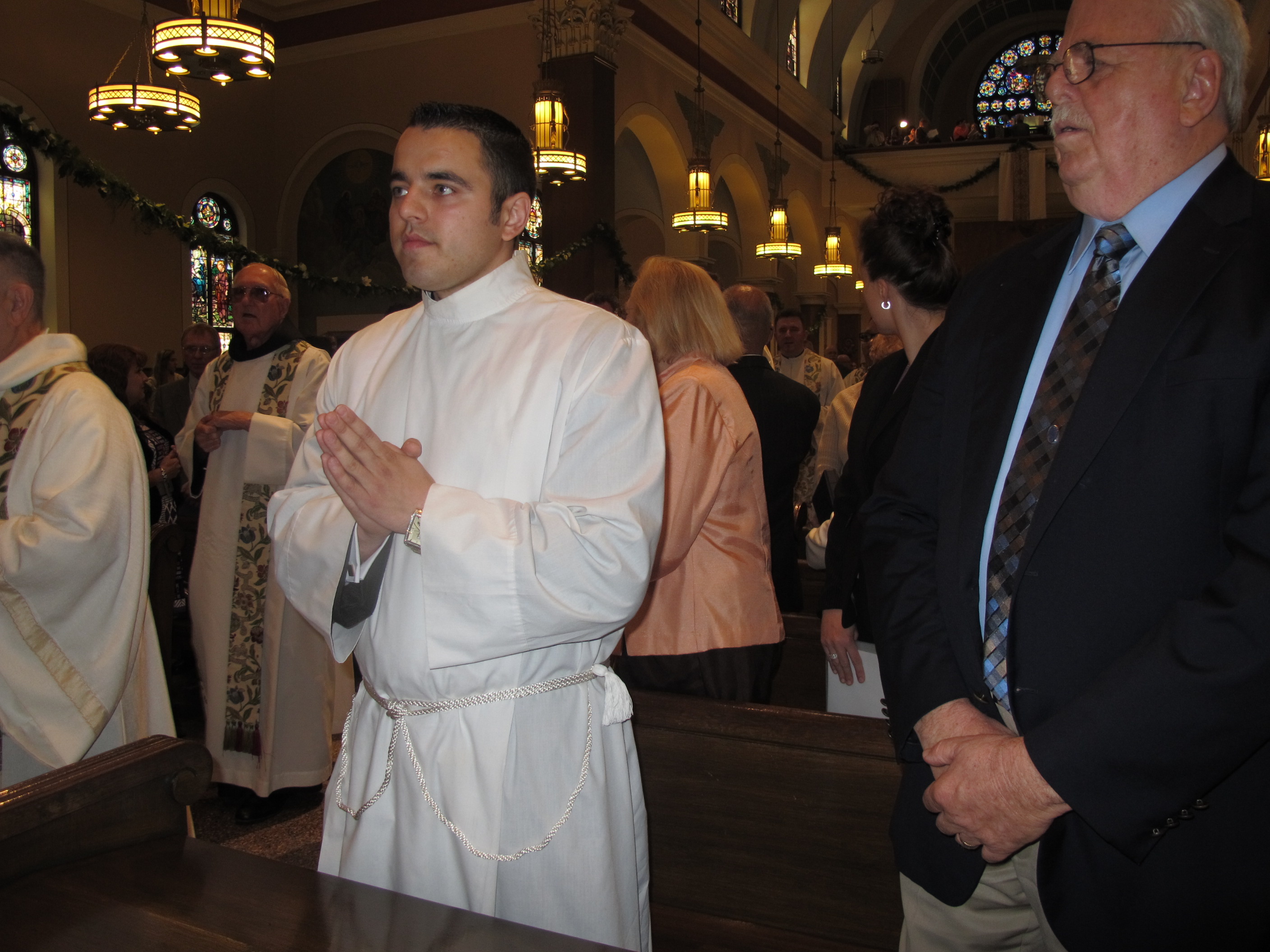 Cezar Jastrzebski and Marcin Chilczuk were ordained May 12 as transitional deacons on the path to priesthood by Auxiliary Bishop Paul Sanchez at Our Lady of the Miraculous Medal Church, Ridgewood.

“When the bishop put his hands on me, I felt the Holy Spirit working in me,” Deacon Chilczuk said. “It was an amazing feeling I never felt before.”

After seven years of study, two of which were spent in SS. Cyril and Methodius Seminary in Orchard Lake, Mich., the two young men pronounced promises of obedience to the Bishop of Brooklyn and of celibacy.

Both men were visibly overcome with joy during the ceremony. 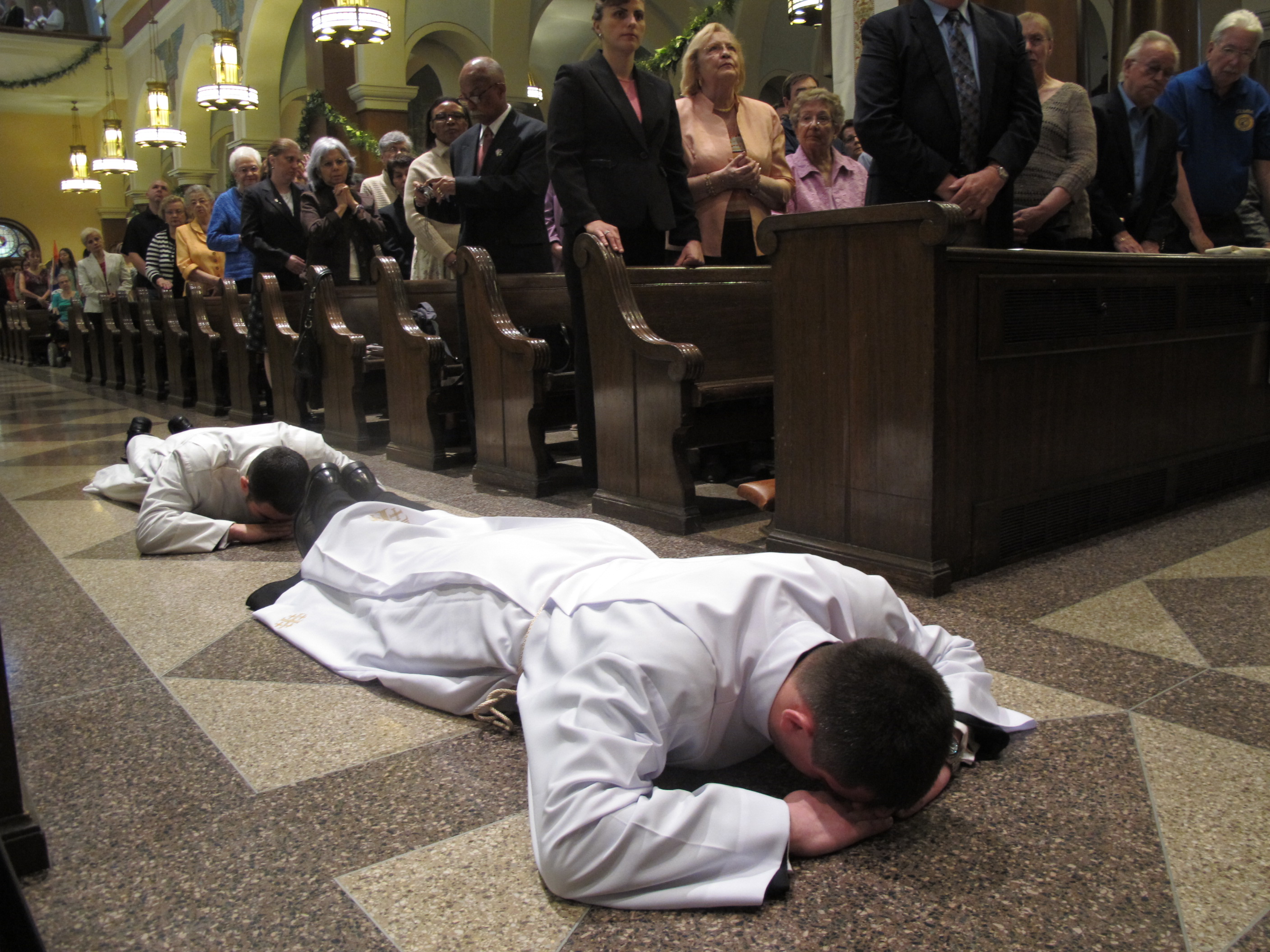 “I am happy,” Deacon Jastrzebski said. “I feel fulfilled.”

Bishop Sanchez noted that the radiant joy felt in the church was a blessing from God.

“Today we celebrate the love of God that has brought you here,” he said.

Deacon Jastrzebski said this love was fostered in his heart early in his life. It was what allowed him to pursue his vocation.

“It started in the family home,” he said, “with daily prayer.”

Deacon Chilczuk said leaving the support of his nurturing family and community was not an easy task but one he is grateful for.

“It’s not easy to drop everything and follow Jesus, to help lead people to salvation,” he said. “However, I think that it will be even harder to be a priest.” 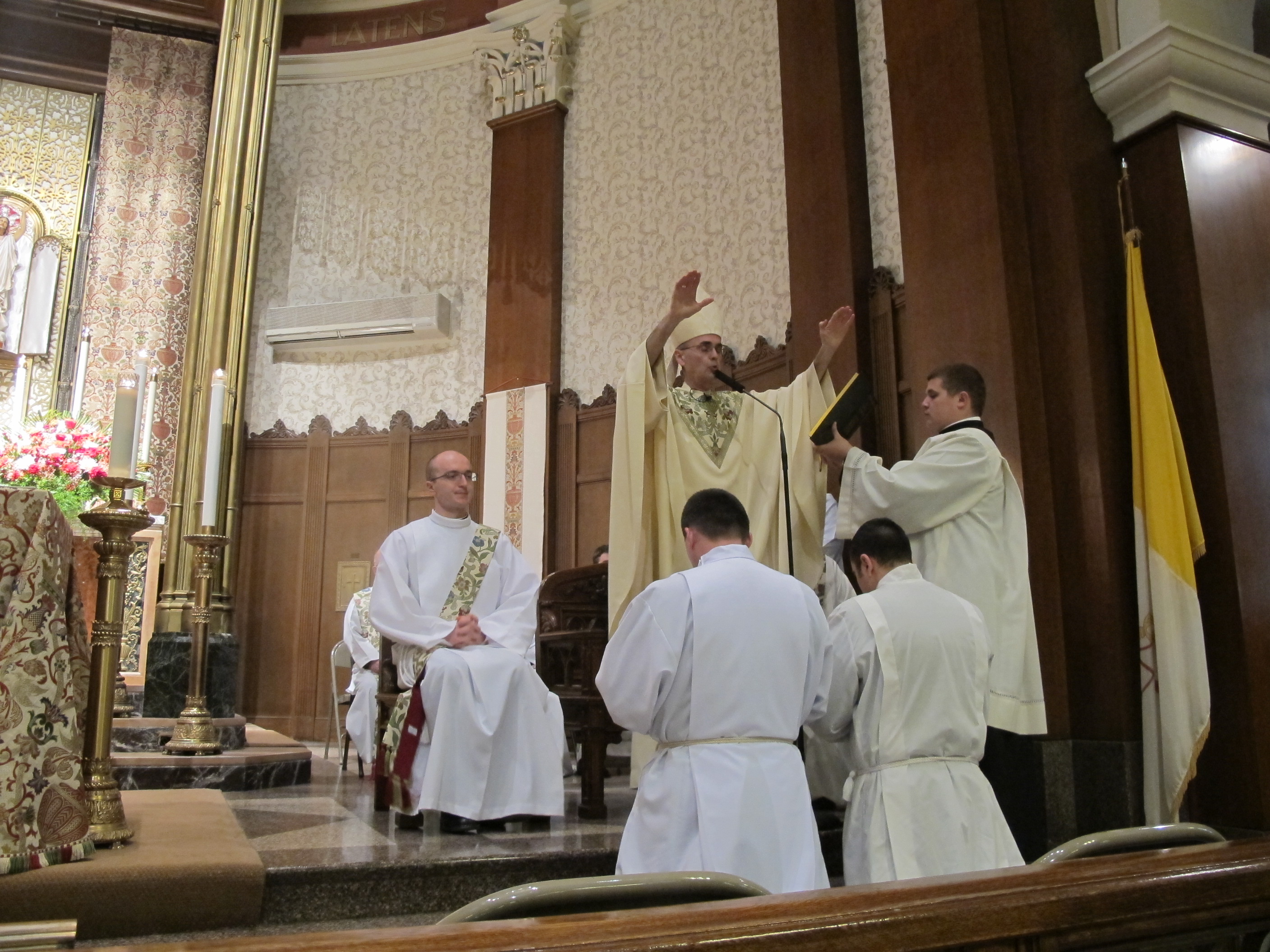 When studying in Michigan, they visited the Brooklyn Diocese during their time off from school. Deacon Chilczuk said he treasured the time he spent in the diocese.

“I have met people thanks to whom I feel right at home,” he said.

He said another aspect that attracted him to Brooklyn is the variety of cultures, affording him the opportunity to minister to many different kinds of people.

Deacon Jastrzebski said his decision to come to the U.S. was one that happened through remodeling.

He received a business card from the seminary, and it sat in his desk for about a year until he started moving some furniture around. That’s when he noticed the card again and decided that it was worth some thought. 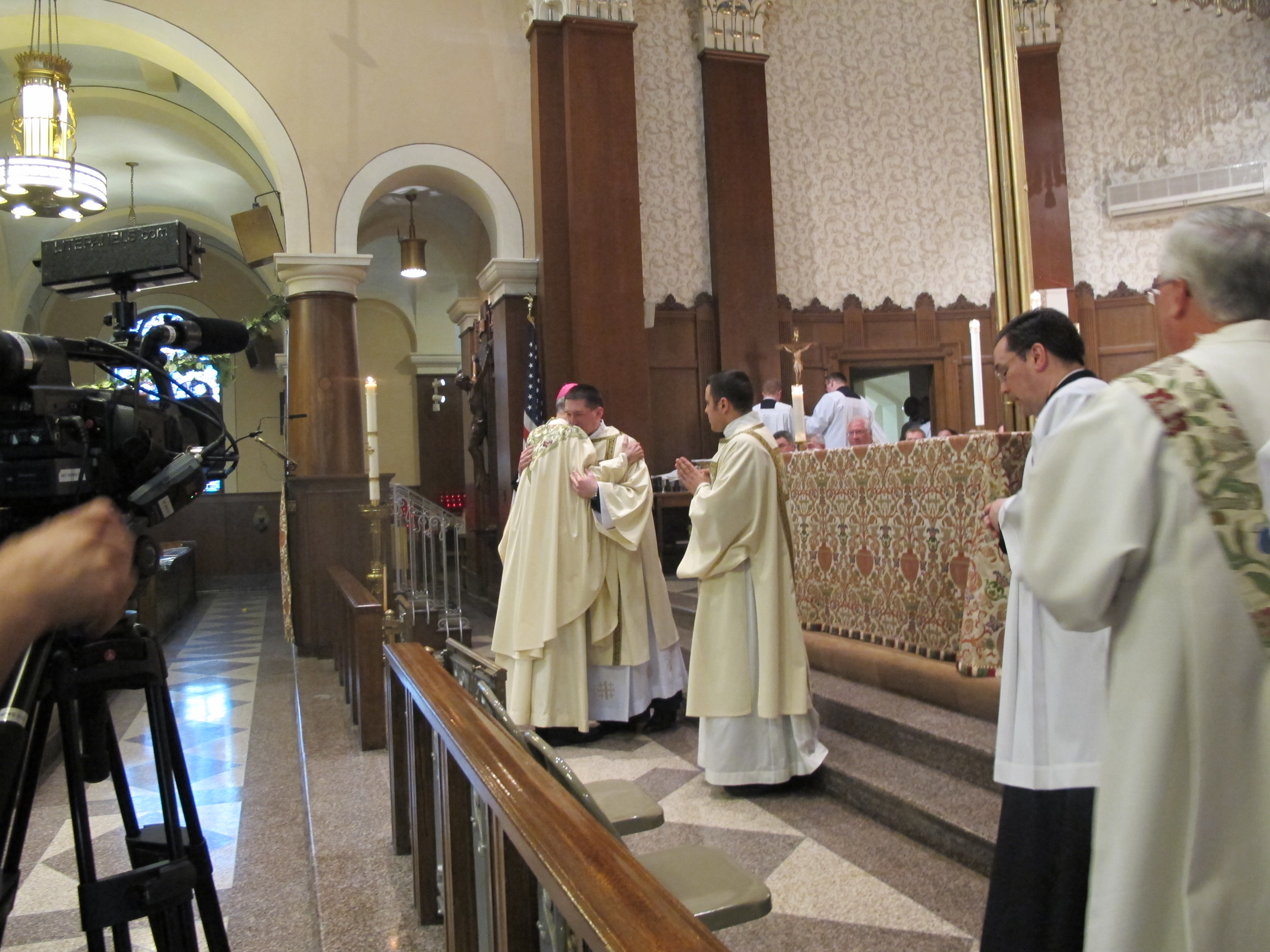 Msgr. Thomas C. Machalski, rector and president of SS. Cyril and Methodius Seminary, said his school encourages young seminarians in Poland to consider coming to the U.S. and serving as diocesan priests. During their study at the seminary, they may choose which diocese they would like to join. In the past five years, the Diocese of Brooklyn has gained three priests, two transitional deacons and two prospective candidates from this process.

He said these two young men have many talents. The rector praised Deacon Chilczuk for his ability to organize liturgical ceremonies at the seminary. 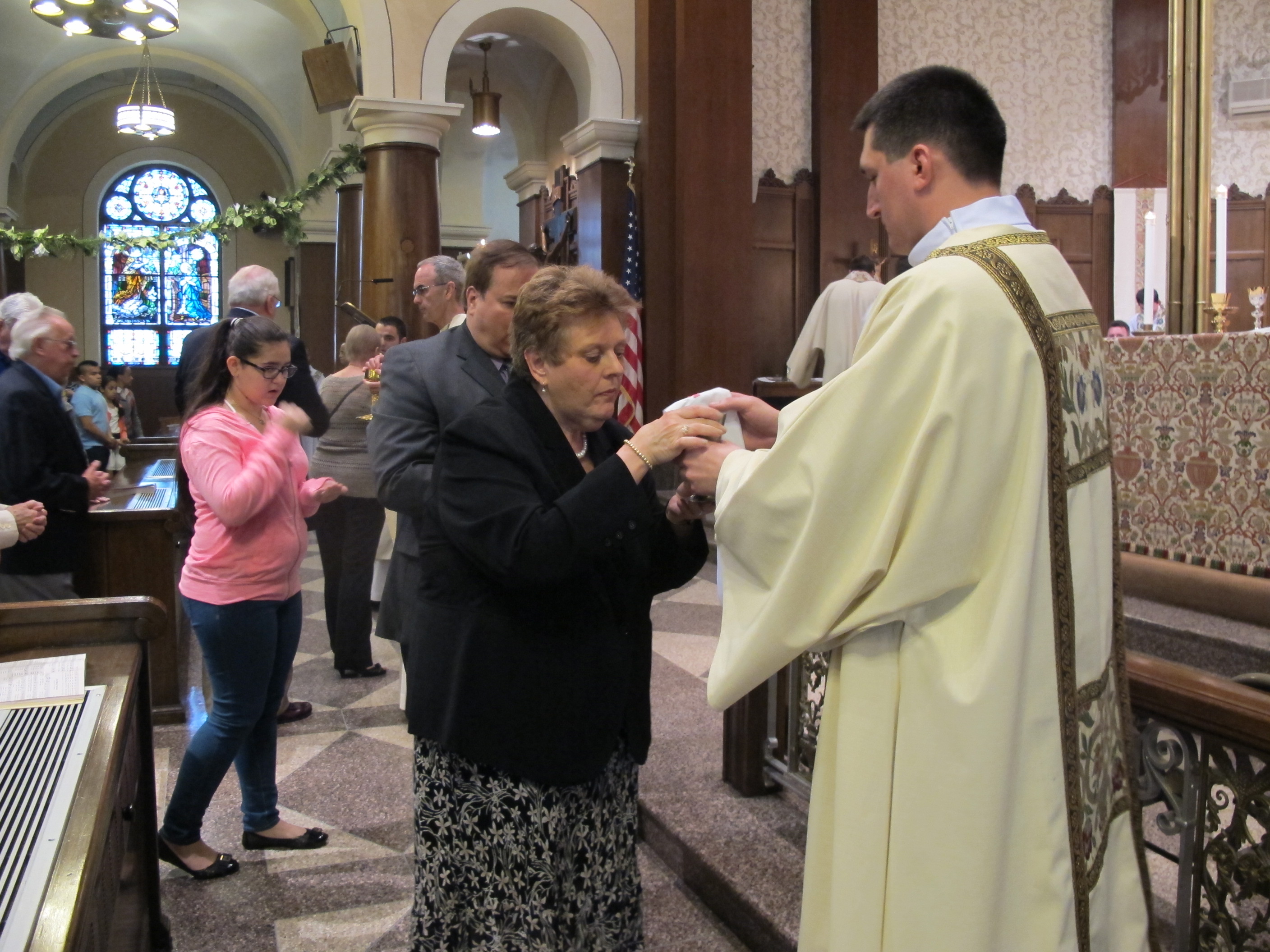 Deacon Jastrzebski, he said, is gifted with a compassionate ability to minister to the sick.

Although the seminary fosters the good in the young men sent to them, Msgr. Machalski said the community of faith is irreplaceable in the fostering of vocations. 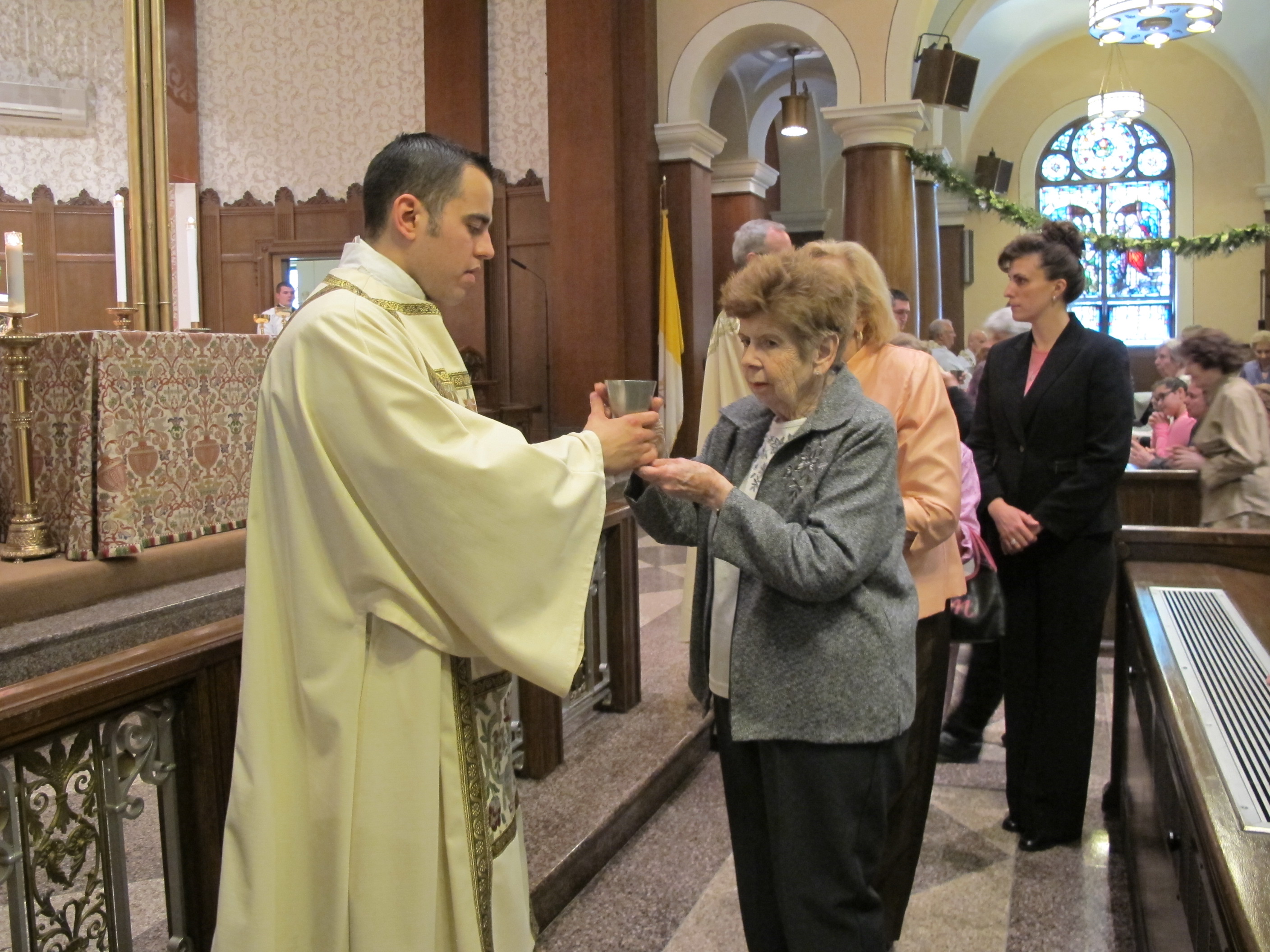 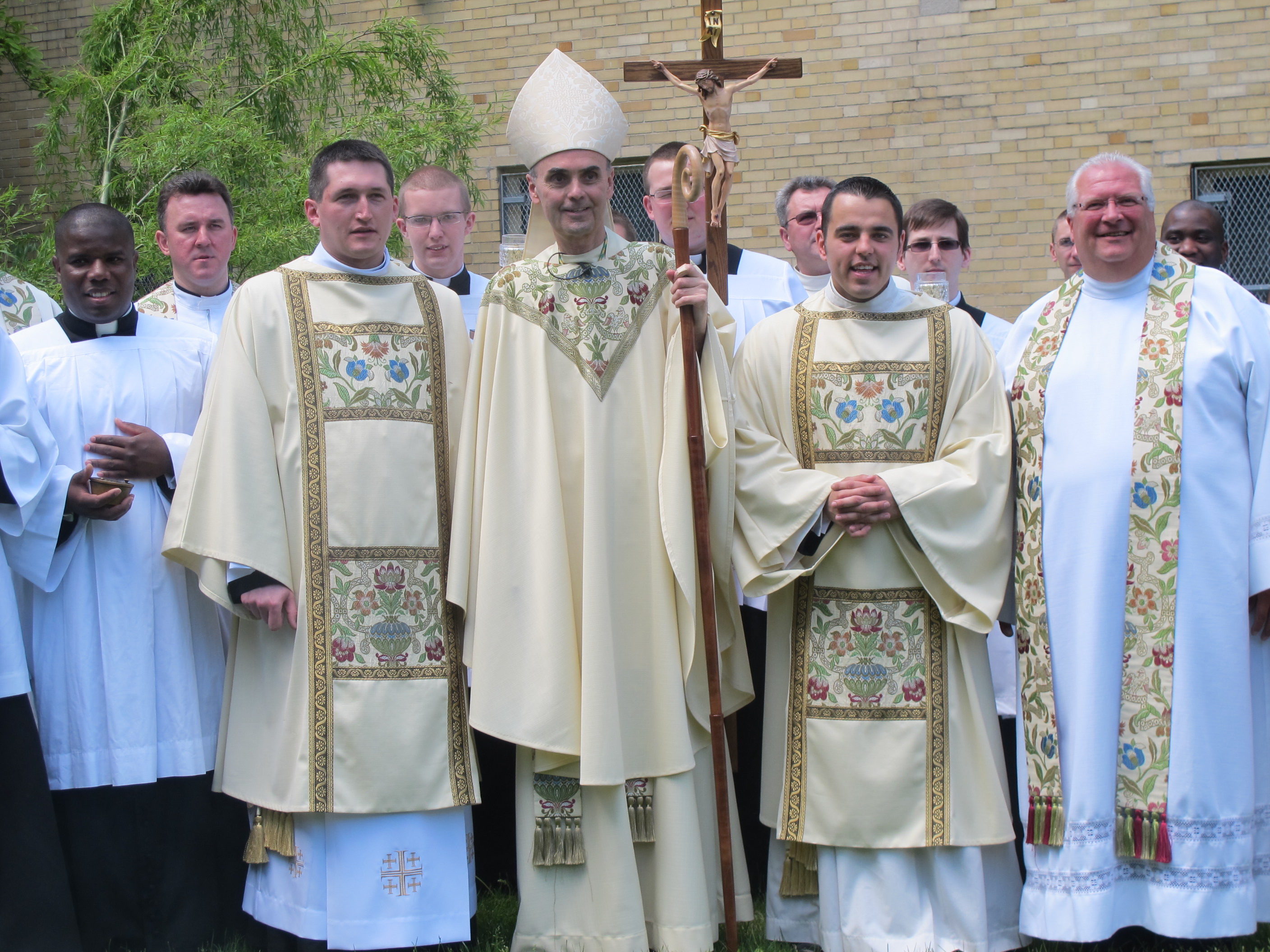