The Three Kings in Midwood 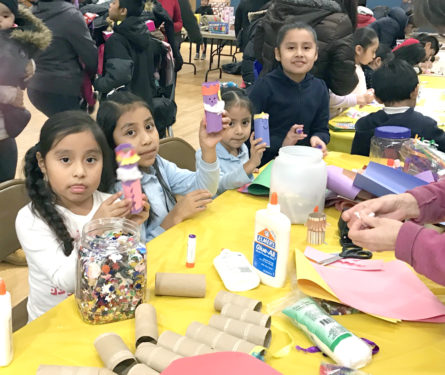 El Día de los Reyes, the Feast of the Epiphany Latin American style, was celebrated in full glory at St. Brendan’s Church, Midwood. To help them better understand the feast day, the children participated in crafts project depicting the three kings. More than 150 children took photos with the kings, picked out a gift (and lots of books) and enjoyed snacks and activities. The children were creative in designing their own crowns with recycled toilet and wrapping paper rolls.

Catholic Charities of Brooklyn and Queens (CCBQ) helped make the celebration special. The organization helped sponsor the event and donated $4,000 in TD bank cards in $25 increments to the people of the parish. 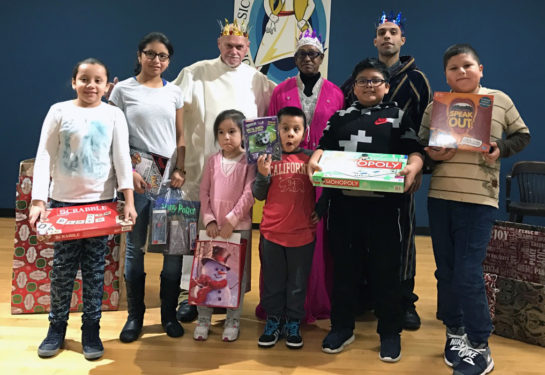 If the pain of a past abortion is keeping you from moving forward in life, help is available. Forgiven and Set Free is a program for women who have had an abortion and are seeking spiritual healing. The next 10-week session begins Feb. 12. For more details, call 347-702-2352. All calls are confidential. 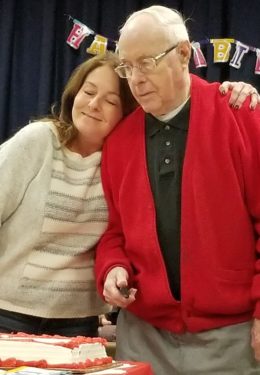 The Golden Age Club at Our Lady of Mercy Church in Forest Hills honored Deacon Edward Albert Smolinski, of the first ordained class of deacons in the Diocese of Brooklyn and Queens in 1977. A 90th birthday celebration was held in the Parish Hall Jan. 3, in appreciation of his 40 years of dedication and service to the Church and community.

A total of 65 people came out in the bitter cold to attend the party, including his youngest daughter, Donna Stacchini, and some of his dearest and oldest friends. Golden Age President, Pauline Szabatos, introduced the guest of honor and cited his numerous family and professional accomplishments. Pastor, Msgr. John McGuirl crowned the good deacon as King for the Day.

In the business world, Deacon Smolinsky had an admirable career. He was an accountant, a lawyer, a business executive and the comptroller for Grow Chemical Company. He authored several books on corpo- rate law and finance.

“I got lucky professionally,” the deacon said.

When asked what influenced him to become a deacon, he said that he wanted to do something for the Church and to give back.

His first attempt was to become an usher at Our Lady of Mercy Church. However, there was a waiting list to be an usher, and Smolinski was anxious to do something. He looked into becoming a Eucharistic Minister, and surprisingly, was told these positions were only for women. His third attempt to be of serv- ice, led him to three years of study to become a deacon.

At age 50, he was ordained and has served at Our Lady of Mercy ever since. He baptized all five of his grandchildren and officiated the wedding vows for his youngest daughter, Donna. Despite the fact that the retire- ment age for deacons is 75, he continued serving the parish in any way that he could. Now, at 90 Deacon Smolinski is taking retirement seriously.

Ninety-three students from Catholic schools in Brooklyn and Queens were honored at the Tri- State Italian American Congress Scholarship Awards ceremony Nov. 16 at Our Lady of Mt. Carmel, Williamsburg. Bishop Nicholas DiMarzio presided as the awards were presented.

Several members of the Tri- State Italian American Congress were in attendance for the award ceremony.

This year, the Tri-State Italian American Congress awarded $100,000 in scholarships to 93 students attending Catholic ele- mentary schools and academies in Brooklyn and Queens. Award monies are given directly to the schools and academies to be applied to the awardee’s tuition for the current school year.

School/academy principals identified eligible students based on their Italian lineage and financial need.

Families submitted applica- tions, and final decisions were made by the diocesan Office for Catholic Schools Support Services.