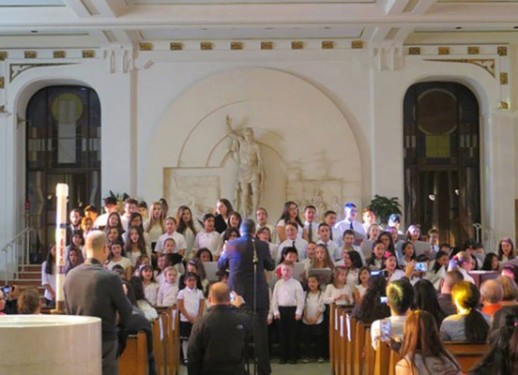 The program also included the Harp Ensemble from Xaverian H.S., Bay Ridge, directed by Robert Randazzo, and the St. Francis Preparatory School Chamber Choir, Fresh Meadows, directed by David Kobayashi. The selections from each of the choirs demonstrated how music enhances liturgies, and the opportunity youngsters have to enter into the spirit of worship as they assume an active role in parish and school music ministries.