Ninth in a series 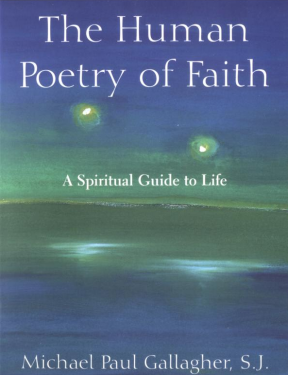 EVERY FALL SEMESTER for the last 20 years I have taught a course on the Catholic novel at St. John’s University. The course’s title is “Philosophy and Literature,” but I have given it the subtitle: “Meaning, Mystery and Metaphysics in the Catholic Novel.”

One reason that I created the course was that in my own education, reading Catholic novels was a transformative experience. I wanted students at St. John’s to have that experience as well. Another reason was that someone I knew who had been an English major at a Catholic college had not only never read a novel by Graham Greene or Evelyn Waugh, but also had not even heard of these outstanding Catholic novelists.

A third reason was that when I tried to persuade a friend, who was teaching courses on Hemingway, F. Scott Fitzgerald and William Faulkner at a prestigious Catholic high school that he should teach a course on the Catholic novel, he showed no interest.

I mentioned my idea to a few other people who taught literature at various schools, but I think they thought Catholic novels would be too narrow and parochial. That surprised me because I think the opposite: Catholic novels present a profoundly deep understanding of human nature.

In “The Human Poetry of Faith: A Spiritual Guide to Life” (New York: Paulist Press, 2001, pp. 142, $12.95) by Father Michael Paul Gallagher, S.J., there are excellent comments on a classic Catholic novel that I teach in my class, George Bernanos’ “The Diary of a Country Priest.” The next time I teach the course I am going to have the students read what Father Gallagher writes about Bernanos’ novel.

The most dramatic scene in “The Diary of a Country Priest” is the one in which the priest visits the Countess who has been mourning over the death of her young son. She has refused to forgive God and has closed in on herself so much that she no longer has any interest in her husband or daughter. She tells the young priest that she hates God. The priest warns her that her hatred may separate her from her son for all eternity. In solidarity with her pain, the priest begins to weep. Almost by accident the priest has broken through her armor.

“The priest dares to speak to her of Christ: ‘You know that our God came to be among us.’ Clutching the medallion of her dead son, the Countess asks him to repeat what he had said earlier about hell.

‘Hell is not to love any more. As long as we remain in this life we can still deceive ourselves, imagining that we love by our own strength, that we can love without God. But we are like madmen stretching out our hands to grasp the moon mirrored in water. I’m sorry. I express it badly.’

The scene ends with the Countess praying the Our Father, even though she resists the words ‘Thy will be done on earth.’ He tells her to surrender everything to God, her sorrows and even her pride. …

That evening he receives a letter from her. ‘I have lived in the most terrible loneliness… I am not resigned. I’m happy. I don’t want anything … I hope again.’ And a few hours later she died. Bernanos strips away her masks of pride only to bring her to a recovery of joy.” (p. 37)

Great Catholic novels depict scenes like this one. They reveal the mystery of the human person and the mystery of God in the uniquely powerful way that great literature can. Great Catholic novels have a special power to do what Father Gallagher is trying to do with his book, namely help people to expand and deepen their imaginations so that the Good News of Christ may be welcomed as speaking to our most profound needs.

I don’t believe that our culture encourages us to think deeply about who we are, about what it means to be created by God’s love and given a mission to fulfill while on this earth. In fact, I believe that our culture distracts us from reflecting on what is important. If that is true, then we need all the help we can get to understand ourselves better and see what Christ’s presence should mean in our lives. A book like Father Gallagher’s can be a great help.