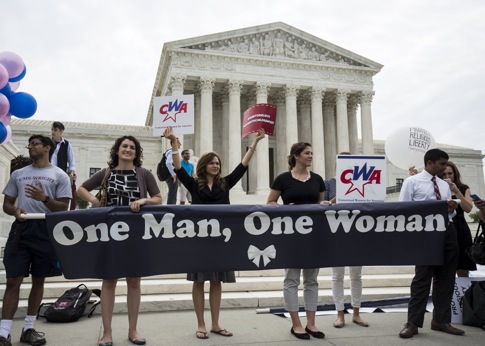 Supporters of traditional marriage rally in front of the U.S. Supreme Court in Washington June 26, shortly before the justices handed down a 5-4 ruling that states must license same-sex marriages and must recognize same-sex marriages performed in other states. The ruling set off a series of protests and celebrations. In Kentucky, a county clerk, Kim Davis, was jailed for refusing to abide by the decision.