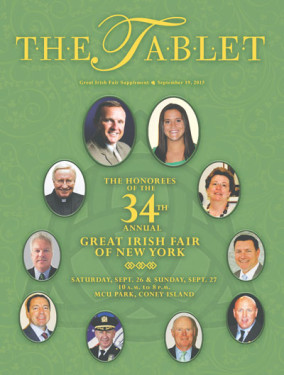 The 34th annual Great Irish Fair of New York, a family-friendly event celebrating Irish-American faith, heritage and culture, which is presented by The Irish American Building Society Charities, Inc., will take place the weekend of Sept. 26-27. The fairgrounds, located on the grounds of MCU Park in Coney Island, are open from 10 a.m. to 8 p.m. both days, rain or shine.

Stay up-to-date on everything related to the 2015 Great Irish Fair: