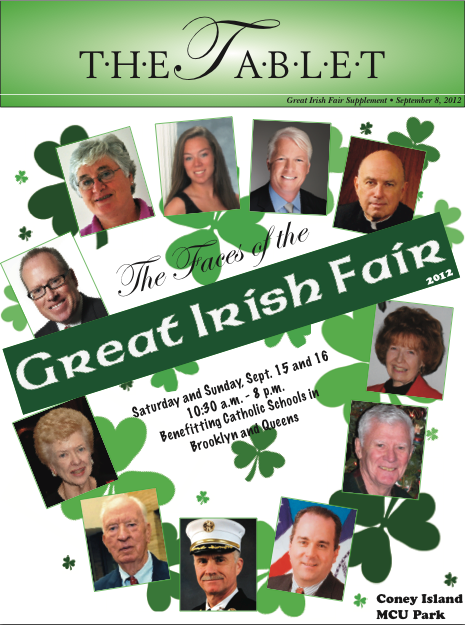 Here’s a look at The Tablet’s annual Great Irish Fair special pullout section that appeared in the Sept. 8 issue of the newspaper. Click on an individual story to read more. Below is a list of important times and locations for the fair as well as a breakdown of the musical performances and activities. The Great Irish Fair takes place Sept. 15 and 16 at MCU Park in Coney Island.

Meet the honores of the 2012 Great Irish Fair.

Scenes from The Great irish Fair 2011

Take a look back at some of the scenes from last’ year Great Irish Fair.

Check out a map of how this year’s fair is set up.

Find out what’s going on at this year’s fair.

Entertainment at the Fair

A schedule of the musical performances at this year’s fair.

An Event For The Entire Family

and so much more…  for more information