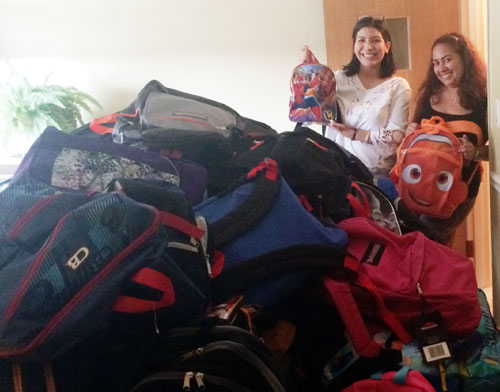 Members of the Jornada Movement in Brooklyn and Queens spent the summer collecting bookbags and school supplies for Operation Backpack. They donated over 100 backpacks that will be distributed to homeless students in local public schools. Above, Lucia Morales and Sally Flores, both members of the Jornadista Care Ministry, with the collected items. (Photo courtesy Father James Kuroly)

Spend a weekend with Pope Francis’ encyclical “Laudato Si’” and the wisdom of Father Thomas Berry, C.P., at Immaculate Conception Church, Jamaica, Sept. 9-10. Sponsored by the Passionist Community in Jamaica, the two-day event begins Friday at 7:30 p.m. with a free showing of “Journey of the Universe,” an award-winning film on the scientific and spiritual development of the universe from the beginning to today’s climate change crisis.

On Saturday, the daylong conference, “Care of the Earth and Climate Change,” runs from 9 a.m. to 4 p.m. Day includes presentations by “Journey of the Universe” executive producers, Mary Evelyn Tucker and John Grim; panels and workshops; a prayer service led by Immaculate Conception Catholic Academy students, and a reception and award presentation with Father Robert Joerger, C.P.

The cost of the conference is $10, and includes coffee, lunch and materials. Registration is required. Email sgjdunn@gmail.com or call 718-739-6502.

Congratulations to Claire DiBartolo on being named the new parish advocate for people with disabilities and the deaf at Our Lady of Mercy, Forest Hills.

Next month, the nation will mark the 15th anniversary of the Sept. 11 terrorist attacks on American soil. In remembrance of those who lost their lives, the choir at St. Matthias parish, Ridgewood, will present a 4 p.m. concert that day, featuring Gabriel Faure’s Requiem. All are welcome. 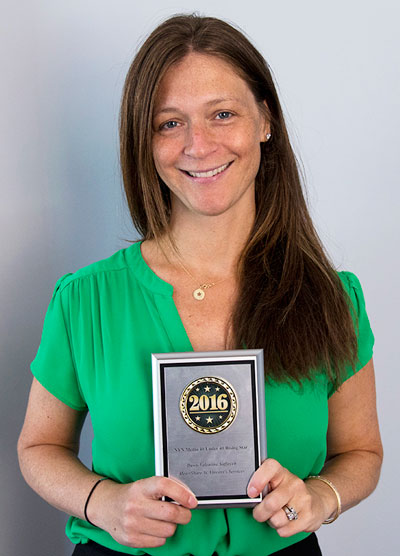 New York Nonprofit Media recently named her one of “New York’s rising stars in the nonprofit world under the age of 40.”

When St. Vincent’s Services affiliated with HeartShare in 2014, Saffayeh was responsible for creating a new, unified culture focused on outcomes while achieving fiscal stability.

As a result, HSVS earned accreditation from the international, independent Council on Accreditation this year.

She previously served as deputy commissioner of policy, planning and measurement at the NYC Administration for Children’s Services.