Each team member was assigned a current Senator or Representative and spent weeks researching the views of that politician and their respective party. From there, the students researched current hot topics, ranging from nanotechnology to environmental issues. During the course of the three days, the four students became these politicians and drafted mock legislation. They pushed to get their legislation passed, while learning about current political issues and political processes.

The simulation was an overwhelming success. The students held their own with 1,500 of the best and brightest across the nation.

One of the aims of this group of motivated students is fundraising. They have been tasked with putting together a portfolio and coming up with ideas to offset the cost of the three trips to be taken next year. The members are working hard to contact local politicians for sponsorships and putting together a proposal for fundraising events during the school year. 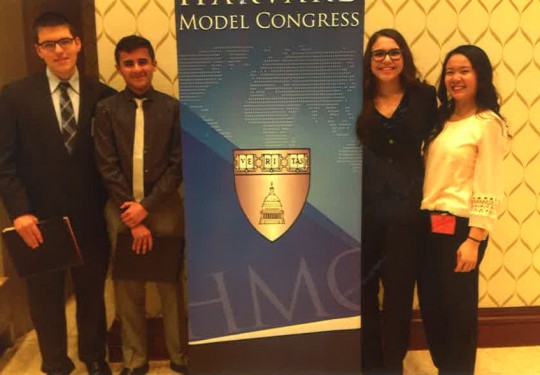