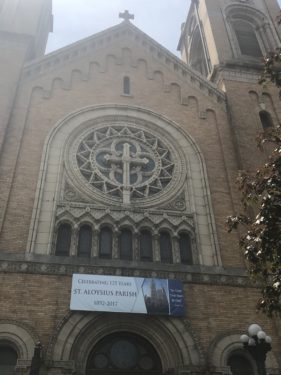 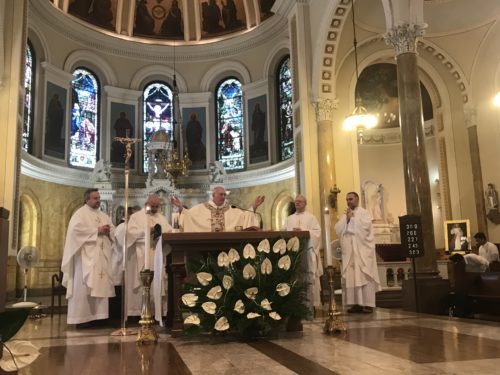 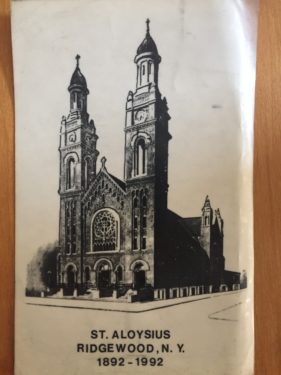 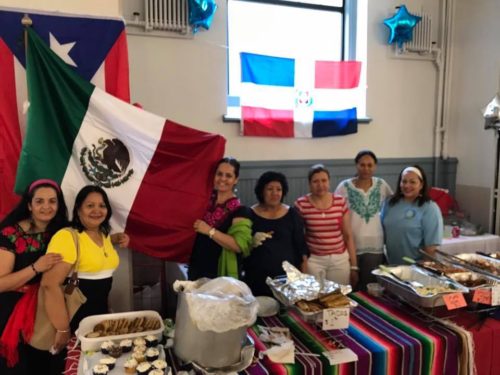 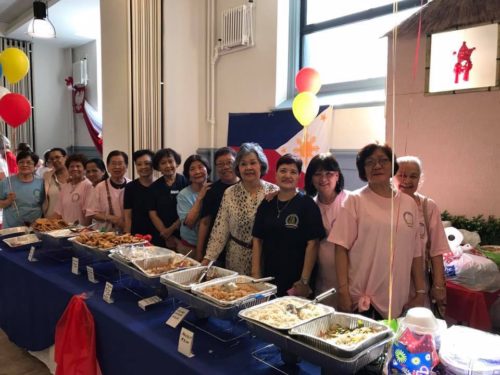 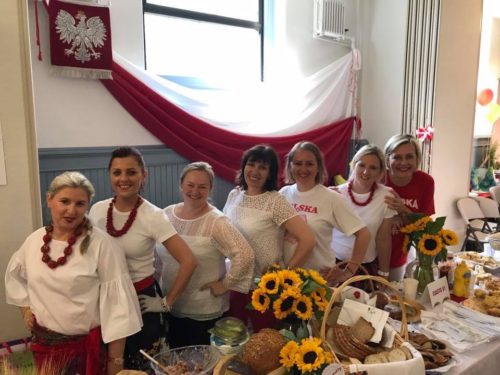 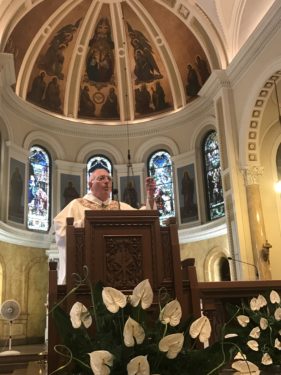 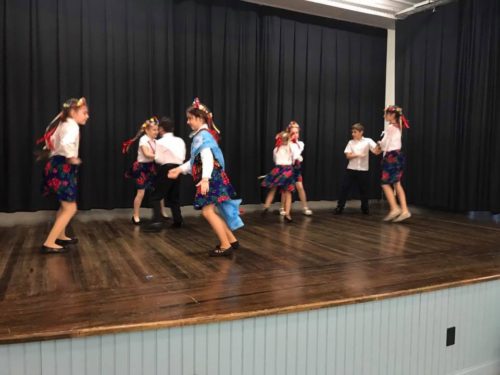 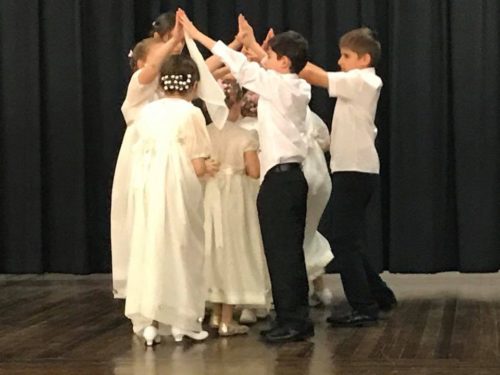 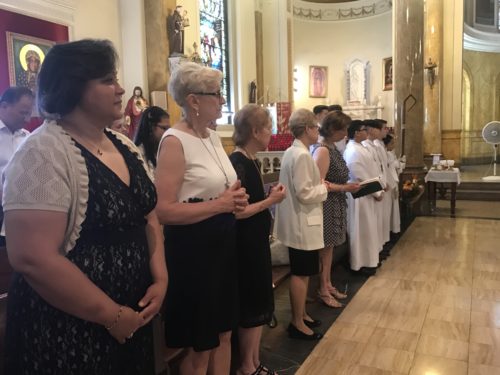 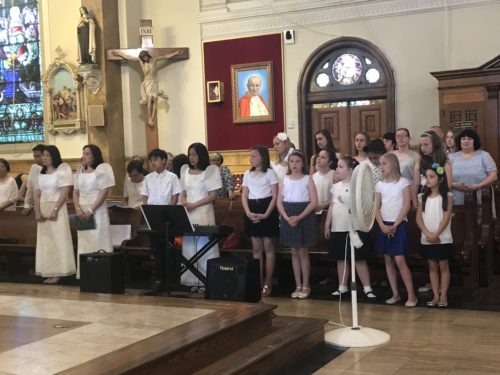 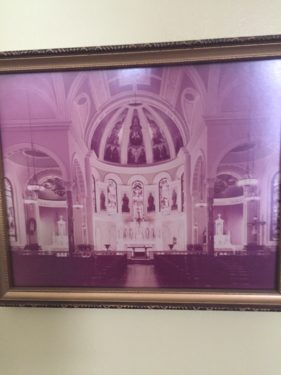 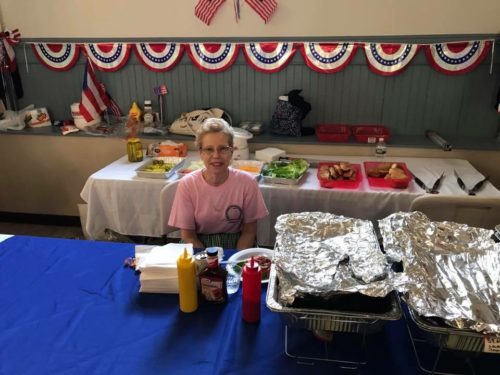 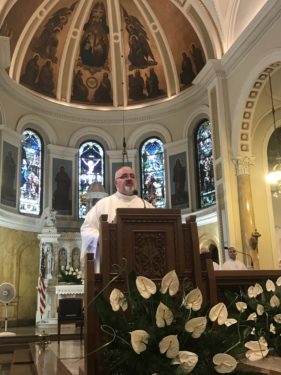 As the mother church of Ridgewood celebrated its 125th anniversary, Bishop Nicholas DiMarzio compared the parish to the Holy Trinity.

“Even in God there is diversity,” he said during his homily at St. Aloysius Church. He was the main celebrant of the anniversary Mass that coincided with Trinity Sunday. God is made up of three distinct persons that add up to one, he explained. Similarly the Church is one, made up of many people and cultures.

“The Church is the home of God’s people,” he said. “The challenge is how to do you get everyone to know everyone, to respect and love each other.”

Msgr. John Hauptmann, St. Aloysius’ founding pastor, believed the answer lay with the youth. He believed it was the younger generations that could bring the entire community closer to God and so dedicated the parish to the patron of youth.

The parish in what was then known as Wyckoff Heights arose out of a need to serve the Catholic German immigrants, known as Gottscheer, that came to the area in the late 19th century to escape the political unrest in their home territories. A group of laymen, with the permission of the diocese, bought 14 lots from the Schoonmaker Farm to build the future parish.

Just six days after Bishop Charles E. McDonnell blessed the original church on June 5, 1893, the parochial school opened for 84 students under the care of the Sisters of St. Dominic. A commercial girls’ high school was opened in 1914.

Having overseen the completion of the parish complex and serving as pastor for 41 years, Msgr. Hauptmann died in office on March 3, 1933.

Current parishioner Theresa Concert said her mother, who was in the school at the time, told her of the funeral for the founding pastor. The pastor was so loved and his funeral was so crowded that people climbed rooftops to see his coffin and the children’s choir was reported to have sung like angels during the farewell.

Concert followed in her mother’s footsteps and also attended the parochial school, where she said the Dominican Sisters challenged her to do great things, academically and spiritually. She said they encouraged the students to open their horizons and strive for things they did not imagine possible. Concert admires her former teachers for leading by example. She learned from them what it meant to be a strong Catholic woman.

She took that formation to Wall Street. It was in her adulthood that she faced such foreign concepts as the idea that women were not as good mathematicians as men. Although she did find some difficulties in navigating a male dominated industry, she had the confidence and strong sense of self that the Dominican Sisters honed in her. This allowed her to rise in notoriety and build a successful career.

It was the example and training of the Dominican Sisters that also helped her in her second career, public school teacher. Although she was unable to preach doctrine, she was able to preach through example, just as she has seen the Dominican Sisters do for her. She also encouraged her students to expand their horizons, hoping to pass on the gift the Sisters bestowed upon her.

Although the parish school is now closed, and the area is served by Notre Dame Catholic Academy, Concert said it continues to be a good example and a source of spiritual nourishment for the community. With changing demographics, parish attendance has dropped. Many young professionals with no religious affiliation have moved into the area.

However, Concert said she sees a genuine search for the spiritual in her new neighbors. She has seen this during her yoga class and through the infusion of art and culture in the neighborhood. Concert said neighborhood displays of the Catholic faith, such as the Corpus Christi processions, are important to attract who do not attend church.

“It is not only that we are here for the church but also to serve the community and bring some good spirit to our neighborhood of Ridgewood,” said the current pastor, Father George Poltorak, S.A.C., pastor. The parish is currently under the care of the Polish Pallottine Fathers, that are members of the Annunciation Province in Poland.

Although the parish is run by a Polish religious order, the Pallottine Fathers take great care to offer spiritual nourishment to all the different cultural groups of the parish, including its Spanish-speaking, English-speaking and Filipino members. The parish celebrates various feasts such as Our Lady of Guadalupe and Our Lady of Altagracia that allows parishioners to worship according to their cultural backgrounds.

Father Poltorak also said that it is important to him to bring the entire parish together for feasts such as the Immaculate Conception so that a sense of unity could be fostered.

The charge of educating the parish youth now falls on the parochial faith formation program, which currently has tracks in English, Polish and Spanish. There is also a supplementary Polish School that offers religious and Polish language and culture studies.

Niurka Velazquez, who directs the Spanish track, said the religious education program hopes to encourage students to believe in God and to follow in the example Jesus set forth. She said she hopes the program can foster a sense of importance of weekly church attendance that may then spread to the adults of the parish.

The Brooklyn Diocese entrusted care of St. Aloysius to the Society for the Catholic Apostolate. Father George Poltorak was appointed pastor 2005.

One thought on “St. Aloysius Celebrates 125 Years in Ridgewood”