Students at St. Francis of Assisi Academy individually invited the religious leaders in their lives to come enjoy breakfast with them at school.

Recognizing the important role clergy play in the lives of their students, the Prospect Lefferts Gardens school hosted its first ever Pastor Breakfast on the day before Thanksgiving.

Principal Danielle Gonzalez welcomed the clergy at the cafeteria door and the men then took seats with the students who had invited them. They shared a simple Dunkin Donuts breakfast and talked with the children.

“We are so thankful to you for coming and for being the spiritual guides to our children,” Gonzalez said addressing the room at breakfast. “I just wanted to let you know that the children here pray for you every day.”

Seventh grader Rosemary Baffour-Awauh said she was nervous at first to hand the invitation to Rev. Dr. Moses Biney at Bethel Presbyterian Reformed Church, Bay Ridge. She said she wanted to do so because she wanted to be more active in her church, just like her cousin.

She said she was so excited and happy when he accepted, but then a slight anxiety came back when she waited in line with her schoolmates to join the clergy for the breakfast. Seeing him at her school made her so happy that she said she now feels like she can bring to him other matters that are important to her.

Rev. Dr. Biney said he was delighted to spend the morning with Rosemary and some of her classmates. He said he was surprised to hear that Rosemary said she is not very active in her church.

“Her presence is felt,” he said. She actively participates in Sunday services and discussions.

The breakfast marked the first time Rev. Dr. Biney came to St. Francis Academy. He said he was happy to accept the invitation because he thinks it important to meet the educators who play an important part in the lives of his parishioners and to see the environment where the children learn. This way, he said, if the children that attend St. Francis come to speak to him about school he can better understand where they are coming from.

“It is important to support them, so the children know what they are doing is important,” he said.

Father Sajdak said he thought the breakfast was a great idea because it is a way to get to know the children better, “to let them better express themselves so we know what we can do to get them closer to Christ.”

Father Sajdak shared his breakfast with third grader Kevin Colon who was excited for the opportunity to speak with the priest “because he can tell me how to be a priest when I grow up.”

When asked what was the most interesting thing he learned about Father Sajdak, Kevin exclaimed: “He has been a priest since 1971!”

After breakfast the children gave the priests a tour of their school and introduced them to their teachers and classmates. 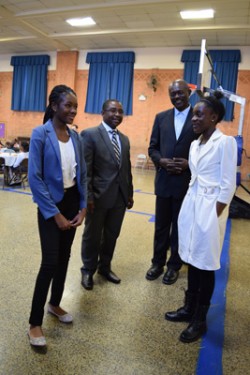 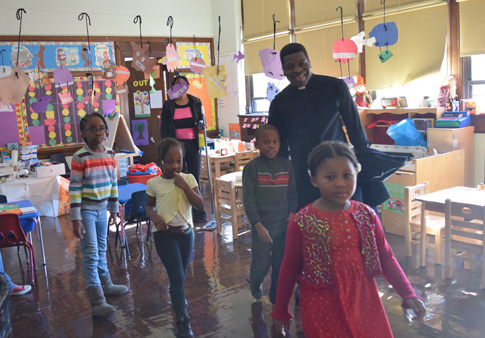 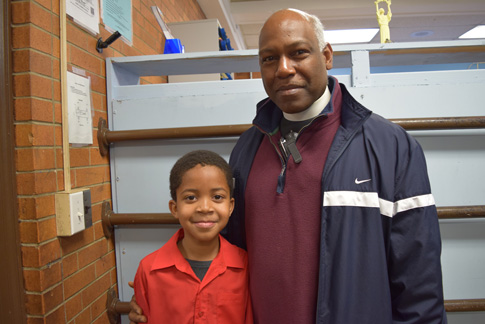 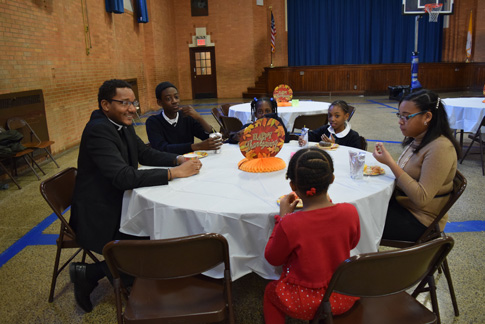