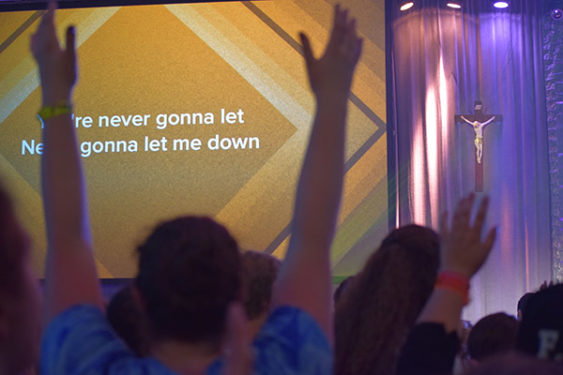 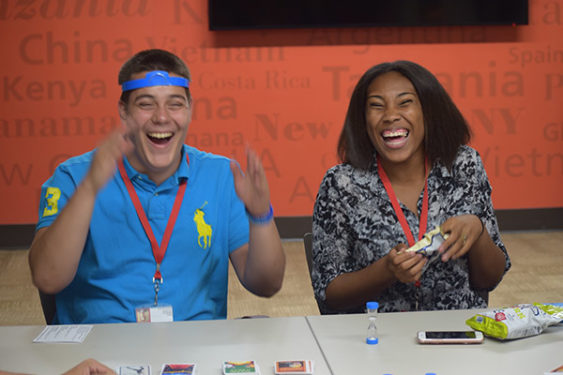 ELMHURST — With her demanding job as a public relations manager in Manhattan, Mary Cirincione juggles client meetings and business planning events with a monthly three-hour commute between New York City and upstate New York to visit her newborn nephew.

She has little spare time, and yet for Cirincione and other young professionals from Brooklyn and Queens, the idea of getting away from the daily grind to attend a Catholic retreat was important.

“Emotionally, I was drained, exhausted all the way around,” Cirincione said. “I knew I needed time to just break away and that’s what I needed — time away from others and time with myself and God.”

So when Mother Maria Amador, P.C.M., opened the doors of her convent in Elmhurst to young professionals for a one-day retreat on a weekend in September, the choice to go was a no-brainer.

But blocking out time — even for just a couple of hours on a Saturday — was still challenging for the retreatants.

“It was super-hard to find the time and mental space to block for this retreat,” Cirincione said. Nevertheless, she committed to the retreat, and the young woman, who attends Mass at both Epiphany and the Church of Our Savior parishes in Manhattan, made sure she made it to the convent in Queens.

While time spent at a Catholic-based retreat won’t yield a material reward, a Pew Research study this year suggests that people who are active in religious congregations tend to be happier and more civically engaged than religiously unaffiliated adults and inactive members of religious groups.

The study found, for example, that regular participation in a religious community is linked to a higher rate of voting in elections and joining a community group or volunteering.

“What I had expected was to get lost in prayer,” Cirincione said. “What happened was that I entered this space of semi-awake, soft, thoughtful prayer. I sat in the sun and closed my eyes, alternating prayer with rest. I didn’t touch the journal I had brought, but I felt like I rested with God and God knew that was what I needed to prepare me for what was to be an intense week.”

The young professionals carved out time during a simple, guided retreat in order to meditate, reflect, write down their thoughts in a journal and spend quiet time in prayer. After lunch, they participated in Eucharistic adoration.

After spending a day with the sisters from the Preachers of Christ and Mary, the group walked to St. Bartholomew Parish next door for the Sunday Vigil Mass. The sun was still bright as if time had stopped for a moment. What they experienced that day seemed to stick with them.

“I’m looking forward to the next one and plan to come without expectations or plans and let things unfold as they should,” Cirincione concluded.