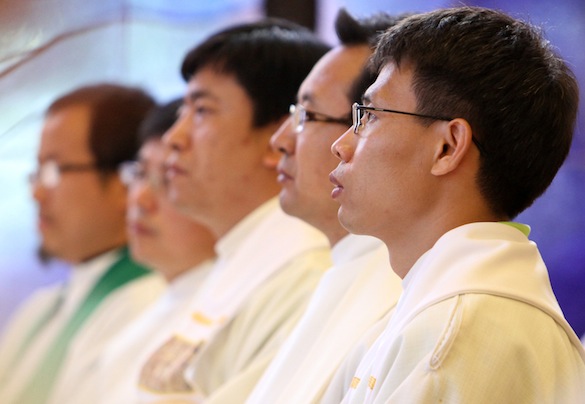 STONY BROOK, N.Y. (CNS) – What are the prospects of the world witnessing a papal motorcade driving through the streets of Beijing in the near future?

Not very good, say experts who closely follow the church in China.

“As greatly as the Chinese people and all of us would hope for this pastoral opportunity for Pope Francis, the likelihood of it occurring in the near-term future is not high,” said Maryknoll Sister Janet Carroll, founding executive director of the U.S. Catholic China Bureau, an organization created in collaboration with the U.S. bishops in 1989 to serve the church in China and support fraternal dialogue.

“The fact that there have been no diplomatic relations between China and the Vatican for more than 60 years, a lot of preliminaries would have to take place in order for [a papal trip] to happen. And these would all take time,” she said.

Richard Madsen, a sociology professor at the University of California, San Diego, who has studied the history of religion in China, said he is not hopeful that Pope Francis will step foot in the world’s most populous nation.

“I would like to see it happen, but I’m skeptical,” he said. “It would be wonderful, but I’m doubtful it would happen anytime soon.”

A simple response by Pope Francis to a reporter’s question aboard the plane from South Korea to Rome Aug. 18 has fueled speculation about a papal trip to China. During an informal Q-and-A session with journalists, the pope said he would go to the nation “tomorrow” if the opportunity presented itself.

For the above scenario to unfold, several nearly insurmountable issues would first need to be addressed, experts said. Topping the checklist is the re-establishment of a diplomatic relationship between the China and the Holy See. The two entities have not formally recognized each another since the Chinese government expelled Archbishop Antonio Riberi in 1951, two years after the Communist Revolution.

“There is need for reconciliation and mutual respect on both the side of the church and that of the Chinese Communist Party,” said Jesuit Father Michael Agliardo, a sociology professor at Loyola University, Chicago, and a board member of the U.S. Catholic China Bureau. “I believe this pope is aware of that and has tried to reach out.”

An adviser on China to the Holy See mission to the U.N. and Association of Southeast Asian Nations states from 1979 to 1987, Sister Janet is well versed in the nuances of diplomacy. She said it’s possible that informal conversations between the Vatican and China are already taking place.

“It’s typical in diplomacy that many things happen that nobody hears about,” she said. “There could be things going on that we don’t know about. Once it’s public, both entities have to stand on their national pride. They can’t indicate that they’re caving in or giving in or compromising, although they may be doing that behind the scenes.”

Madsen mentioned that the Holy See is the only European entity that maintains full diplomatic relations with Taiwan, which China views as a renegade province.

The Vatican has long made it clear that it would grant recognition to China and downgrade its ties with Taiwan, in return for guarantees of religious freedom, including the pope’s ability to choose Chinese Catholic bishops without state interference.

But, Madsen said: “The determination of the Chinese government to tighten restrictions on religion of all kinds has gotten stronger in the last few years, not weaker. I don’t think [China] would budge on that.”

China, which sometimes has viewed the Vatican as trying to meddle in its internal affairs, has ordained some bishops without Vatican approval. This creates angst for Vatican-approved bishops who sometimes are forced to participate in the ordinations.

“The church in China is fraught with confusion over authority,” said Father Agliardo, who has taught sociology at the Chinese National Seminary in Beijing.

“Local Chinese officials, sometimes well-meaning, have pushed to have [bishop’s posts] filled, and this has created further problems concerning the legitimacy of the local ordinary,” he said.

“In view of these circumstances, the Holy See would not schedule a (papal) visit to China that simply lent sanction to arrangements that have created such pain and division within the Chinese Catholic community.”