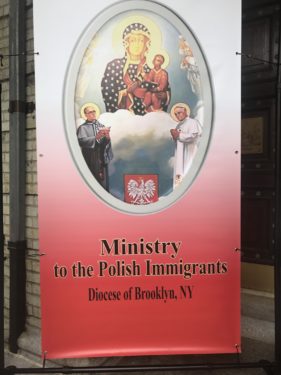 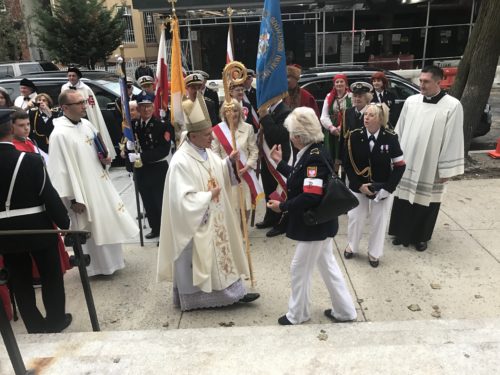 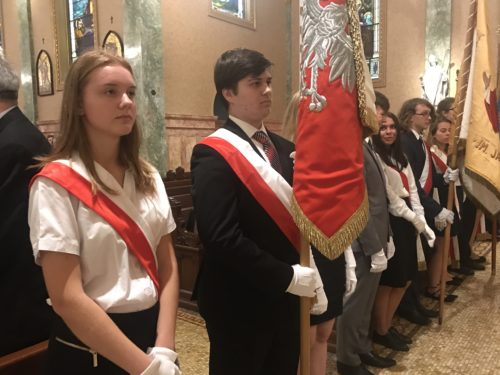 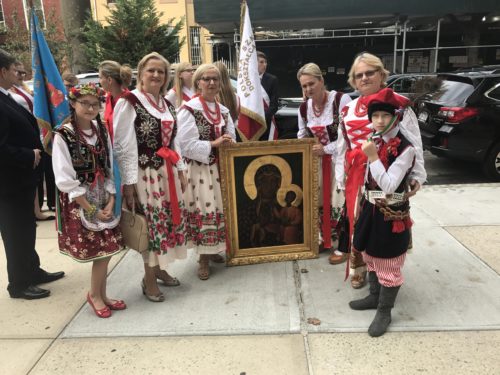 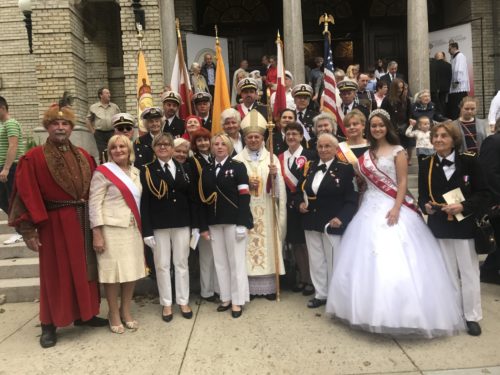 At the annual Polish Heritage Mass in St. Joseph’s Co-Cathedral, bishops, priests and lay people honored the Mother of God, as the Queen of Poland, on the 300th anniversary of her crowning.

“Polish history cannot be understood without God and without the Mother of God,” said visiting Archbishop Mieczyslaw Mokrzycki.

Crowned the Queen of the Crown of Poland by King Jan Casimir in 1656, the image was recognized again in 1717 by Pope Clement XI. This marked the first papal crowning of an image of Mary outside of Italy.

“Our Lady of Czestochowa cares for us from the cradle,” said Archbishop Mokrzycki, who serves as the archbishop of Lviv, Ukraine, and has served as a secretary to both St. Pope John Paul II and Pope Benedict XVI.

He said he admires Polish immigrants in America because whenever he visits here he is witness to the fact that they have not only come for a better life, but also to enrich their new homeland with the Mother of God as their guide. Poles in America, he said, stay true to their traditions, culture and language.

“I have the feeling that I am home,” he told the congregation.

However, he warned, that honoring Our Lady of Czestochowa is not a competition among nations. Mary’s life was marked by poverty and terrible suffering cumulating at her heart’s piercing on Golgotha.

“Does Poland lack poverty and suffering and examples of Golgotha?” he asked the congregation.

The war, he said, is against evil. He mentioned the great suffering in Ukraine, where homes, hospitals, schools and places of work have been destroyed, where the living envy the dead and where hope becomes a casualty of war.

In the face of such evil, it is up to every son and daughter of Mary to fulfill his or her personal duty. He challenged the congregation to not bring pain upon the Mother of God with ungratefulness.

“She reminds us to do all that her Son commands,” he said. “No one else can say our unique words, nor sing our unique song, nor complete our unique mission.”

The Mother of God is not a political figure, the archbishop said, but a guide and support to those entrusted in bringing about God’s kingdom.

“We crown the Mother of God, no longer with golden crowns,” said Father Grzegorz Stasiak, the diocesan coordinator of ministry to Polish immigrants, “but with our life of evangelization… We make Mary a crown of Mercy.”

Bishop Nicholas DiMarzio, who concelebrated along with Auxiliary Bishops Witold Mroziewski and Octavio Cisneros, thanked the Polish people for their great contributions to the Church and then asked of them for a further sacrifice.

Nearly all of the 49 Polish priests ministering in the diocese found their calling in their native Poland.

“We cannot continue to rely on Poland to send us priests to minister to you,” he told the congregation after explaining to them that he had declared this to be the Year of Vocations in the diocese. “We have to pray for priests to come from your community and your families.” He then led the congregation in a prayer for vocations.

Malgorzata Szura, a parishioner of St. Stanislaus Kostka in Greenpoint, said she was grateful to be able to attend the Eucharistic celebration with her family.

She said it is crucial for her children to learn the traditions, language and culture of Poland so that they may pass it down to future generations. Her children, Marcel, 8, and Michelle, 12, attend Saturday Polish school and she does her best to upkeep Polish traditions in her home.

Last year, the family was able to make a pilgrimage to the Shrine in Czestochowa, Poland, where she was delighted that her son wanted to go around the image of the Madonna on his knees, as is the custom. He was so impressed, he did it twice.

Although her children were born in the U.S., Szura said, it is no less important for them to stay true to their roots.