The surprise October snowstorm last Saturday did not stop parishioners of St. Rita parish, East New York, from attending their International Festival in outfits representing their countries of origin.

Over 22 nations were represented in the celebration, which began with a Mass and continued with a festival of cultural food and performances.

Pauline Baker and her daughter, Shadae, came to the festival dressed to represent their Jamaican roots.

She said the celebration allows her daughter to learn more about herself and of her community.

“I want her to see the other cultures,” she said. “People may be different because they come from different countries and different cultures, but we are one in God’s eyes and that’s why we celebrate this Mass.”

Barbara Friedman, who represented Israel, said there is strong unity among the entire parish. Even though she does not speak Spanish, the cultural language of most of the parishioners, Friedman said there is always someone who is willing to translate and people are patient when explaining themselves.

“All the communities support each other so that we can keep the church going,” she said. “This is one church, one family, because there is one God.”

The diversity also has fun elements, Friedman said. She said she greatly enjoys the cultural food served at parochial events.

After the Mass, parishioners quickly made their way through the snow and into the youth center building to share foods from different cultures.

Annemarie Ronacher, who was part of the planning committee, said this fundraiser has many positive outcomes, one of which is bringing the parish even closer together.

Another outcome she mentioned is that the food and performance attract people from the neighborhood who may not normally attend Mass. She said all the planning is worth it if even one person joins the parish as a result of the festival.

Father Luis F. Laverde, pastor, and Colombia native, said this festival must also serve as a way to bring all the immigrant communities in the parish together in the culture of their adopted home. He said a major part of the American culture is that people are so accepting of different cultures and traditions.

“We have to be American with our words and our actions, without forgetting about our past and about our cultures,” he told the congregation during his homily.

This sentiment is a common one in the parish.  At the beginning of the Mass, representatives of different cultures processed down the aisle holding their native countries’ flags.  At the end of the line of march, a young boy dressed in a traditional Latin American outfit walked waving a little U.S. flag.  The congregation received him with lively cheers and applause. 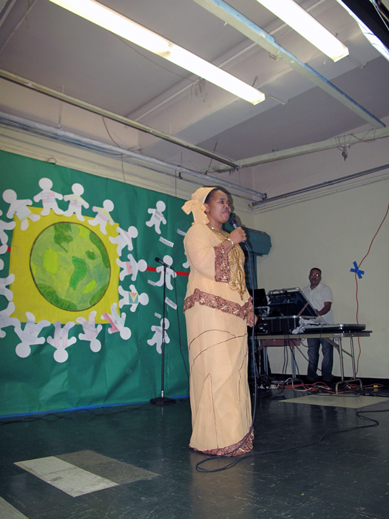 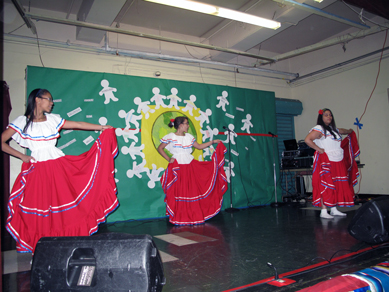 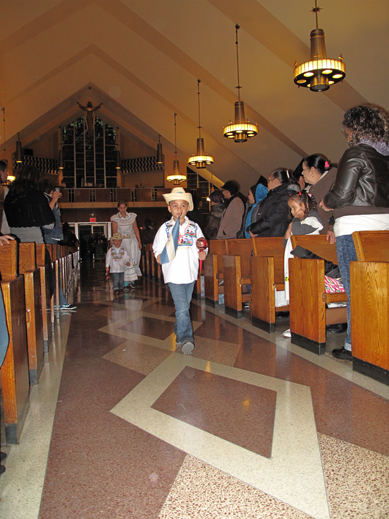 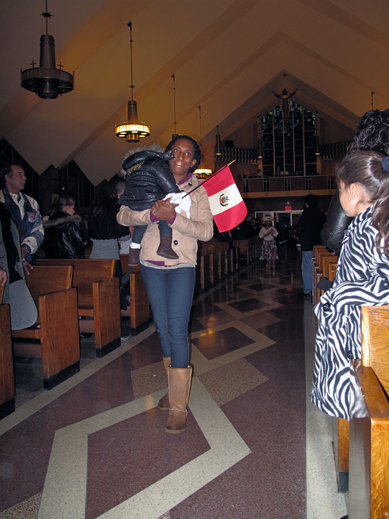 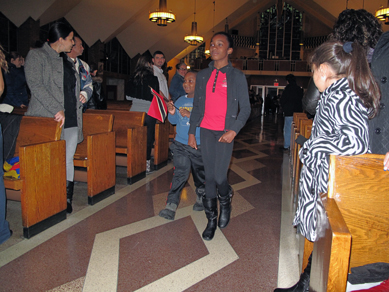 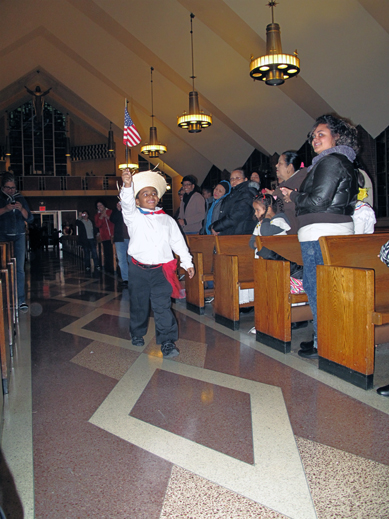 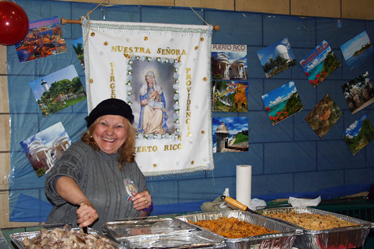 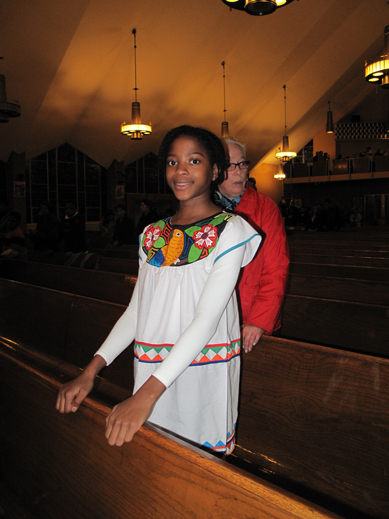 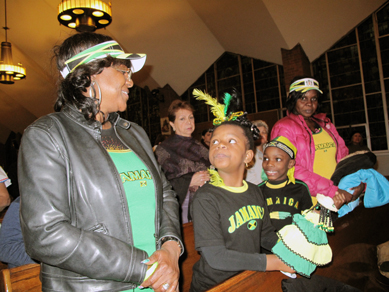 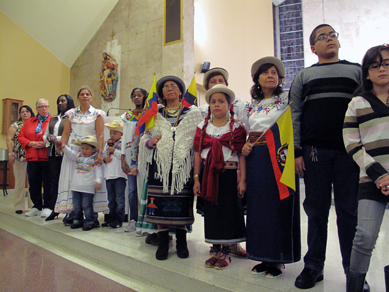 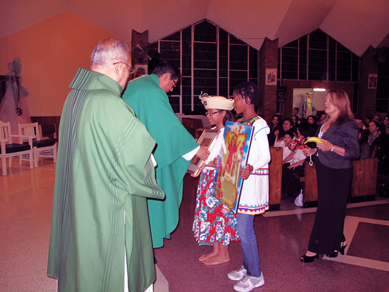