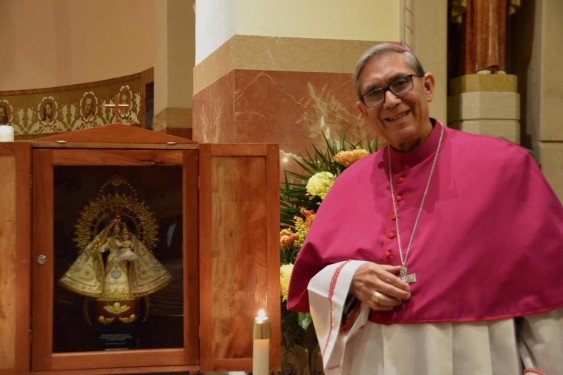 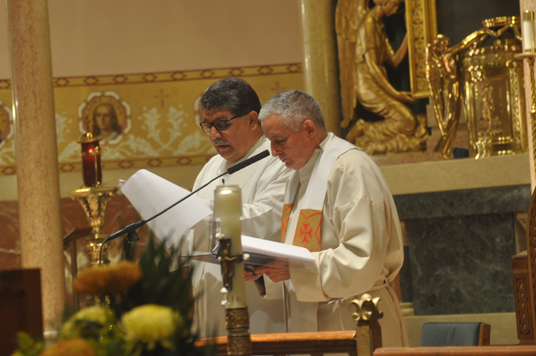 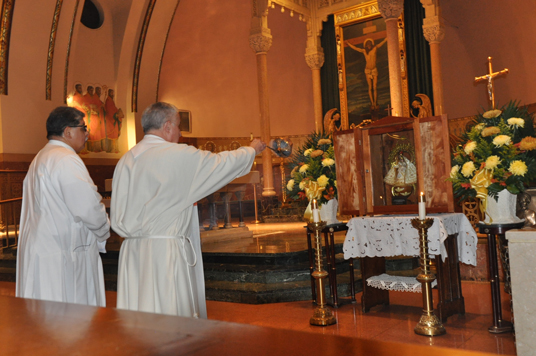 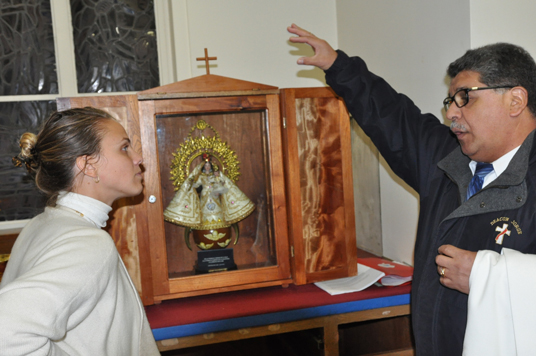 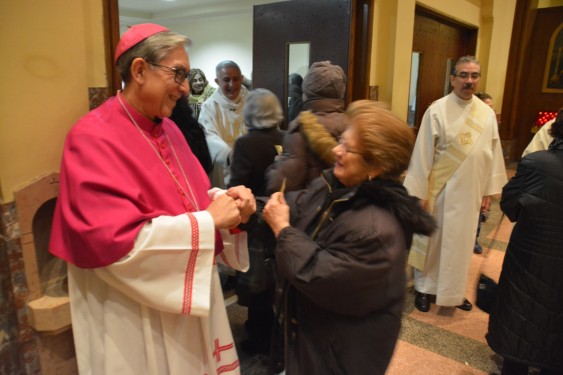 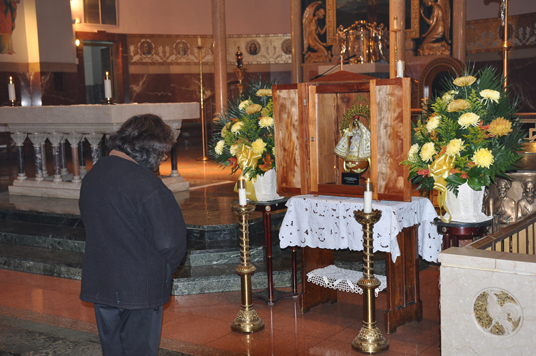 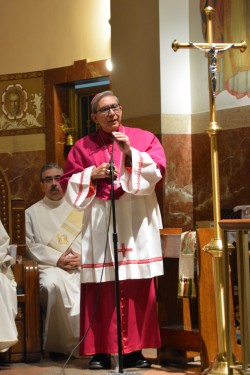 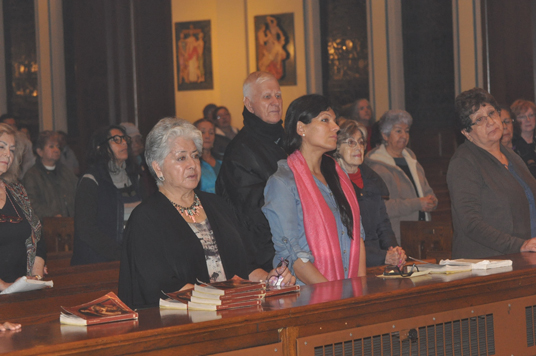 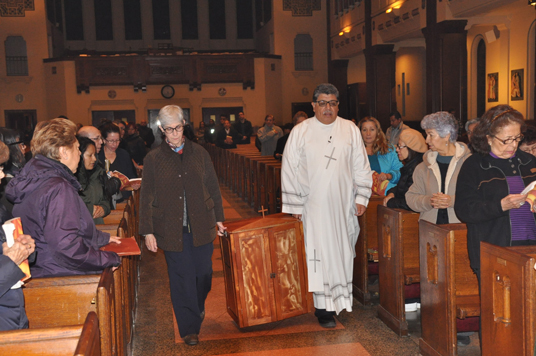 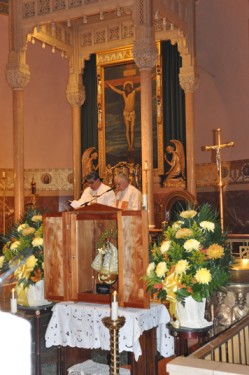 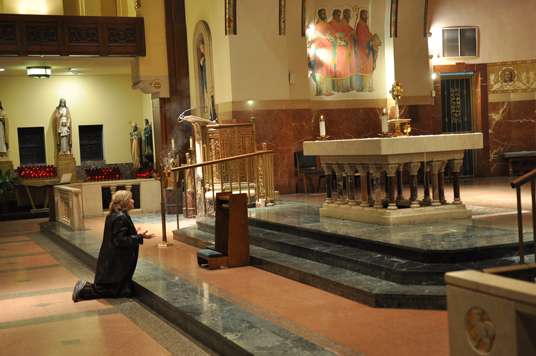 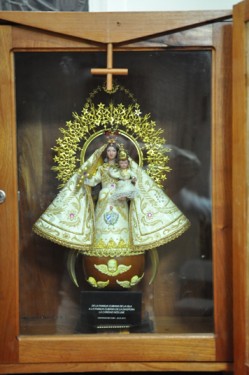 A replica of the patroness of Cuba brought to the United States by Pope Francis will complete its tour of Queens churches this weekend.

The pilgrim statue of Virgen de la Caridad, Our Lady of Charity, will be venerated at St. Michael’s Church, Flushing, from Sunday, Nov. 13 to Saturday, Nov. 19, and at Blessed Sacrament Church, Jackson Heights, Sunday, Nov. 20, to Thursday, Nov. 24. 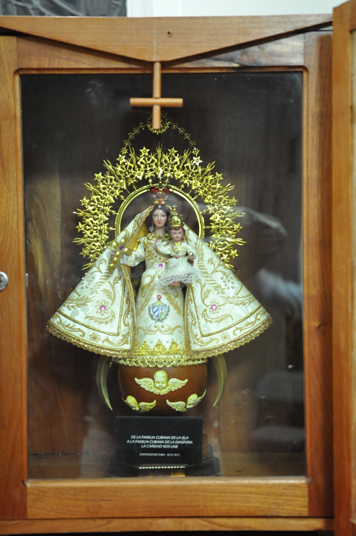 The image will leave Blessed Sacrament after the 10:30 a.m. Thanksgiving Day Mass as it heads to the Diocese of Las Vegas, Nev.

Deacon Jorge Castillo, the custodian of the statue while it is here in the diocese, says that the statue is traveling “to see Latin people in the diaspora, especially Cubans.” She previously was in Washington, D.C.

Pope Francis received this statue from the people of Cuba during his visit last year and he brought it to the World Meeting of Families in Philadelphia. Auxiliary Bishop Octavio Cisneros, who was born in Cuba, arranged for the visit here.

From Nov. 10 to 19, it was on display at St. Joan of Arc Church, Jackson Heights, where it was welcomed by Msgr. Otto Garcia, pastor and a native-born Cuban.

“Even though we leave the island, she is always with us,” said Msgr. Garcia. “The Holy Father has been explaining this message of mercy over and over. The message belongs to the whole world.

“It’s about forgiveness, mercy and faithfulness. The Holy Father has been communicating that message to the entire Church.”

Among those at the welcoming ceremony at St. Joan of Arc was Teresita Perez, who left Cuba as a 10-year-old girl in 1960. She proudly displayed a small statue of Our Lady of Charity, which was the only thing she took with her when she escaped Communist rule on the island.

Devotion to the Virgin is “a way to unify Cubans all over the world,” she said. “I’m very proud that she’s here with us.”

Pérez, who works at St. Joan of Arc parish, added, “My brother Raúl and Bishop Octavio became friends when they were in first grade in Cuba, many years ago. We lived close by and Bishop Cisneros used to come to our house to play with us when the three of us were little children. It’s great to see him here tonight.”

Bishop Cisneros presided at a Mass on the second day of the visit to St. Joan of Arc.
He spoke at the end of the Mass, saying “This statue of Our Lady of Charity which is visiting us was sent by the Cuban family in the Island to the Cuban family in exile. Father Israel said it, Msgr. García said it, and I want to repeat it: ‘Charity unites us, Our Lady unites us.’ On a very personal note, I want to thank all of you for all your prayers to Our Lady of Charity, our ‘Cachita.’”

Father Israel Pérez, a parochial vicar at Most Precious Blood parish, Brooklyn, gave a brief conference before the Mass about the devotion of Our Lady of Charity among Cubans.

“I remember how emotional it was for me when the statue of Our Lady of Charity visited Los Pinos parish, in Havana, several years ago, when I was a pastor there. But tonight has been a very special night here,” he said.

Emilio Cueto, a Cuban lawyer and writer, and author of “La Virgen de la Caridad del Cobre en el alma del pueblo cubano” (“Our Lady of El Cobre in the Souls of the Cuban People,” a 560-page study of the iconography of Our Lady of Charity) attended the Mass and explained, “I live in Washington and came here just to see Our Lady of Charity arrive in Brooklyn. I was also in at the Mass in Cuba when a Cuban family gave this statue to the Holy Father so he could bring it to a Cuban family in the United States. And now the Virgin is visiting the Cuban communities in the U.S. Someone has to keep a record of this pilgrimage of Our Lady of Charity. I had to be here tonight.”

The prayer intentions at the Mass included political prisoners on the island and for Cuban freedom.

At the conclusion of the liturgy, Msgr. García invited the congregation to sing the Cuban national anthem.

Contributing to this story were Ed Wilkinson and Jorge Dominguez.