As the universal church celebrated the feast of St. Martin of Tours, patron of soldiers, on Friday, Nov. 11 and the United States celebrated Veterans Day, parishioners of SS. Simon and Jude, Gravesend, came together at Mass to offer thanks for those who have served their country.

“It’s very important to honor our veterans because they fought for us,” said Marina Vargas. “We have to give thanks this way: to go to Mass and pray for their souls.” 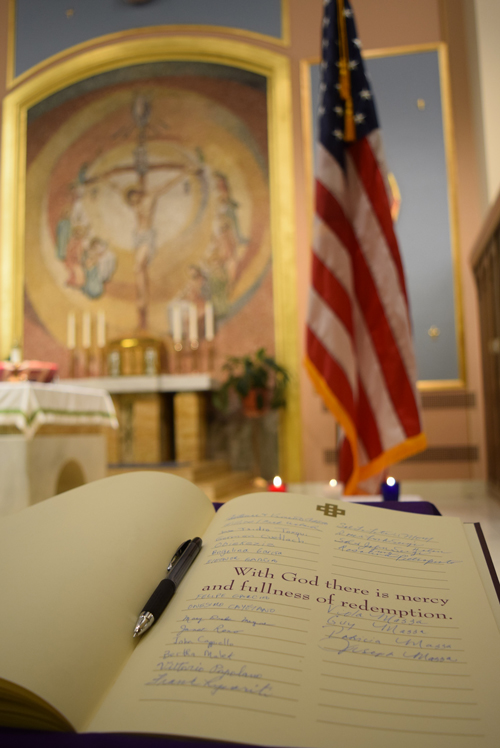 “We have to support the veterans; otherwise, who will?” said Yolanda Trombetta. “Prayers are powerful, with the help of God many things can get done.”

Alex Parziale said he did not join the military and fight among many of his fellows during the Vietnam War because he was the sole provider for his family, and as such received an exemption. He wants to honor the men and women who served their country in a way that he could not.

“I’m honoring God for giving us these men and women,” he said shortly before Mass started. “I honor them by honoring God.”

Anna Russo said praying for veterans is an integral part of her life. Her first cousin, Frank Lipariti, died from a Kamikaze attack during World War II.

Sara Nespoli, the parish director of faith formation, was the one who suggested that Veterans Day be celebrated with a Mass in the evening this year. She wanted to give families an opportunity to thank the veterans together. Being Italian, she said she wanted to make sure she offered all those in attendance something to eat. Veterans received preference when it came time for cake and desserts, and then everyone else was welcome to join them. 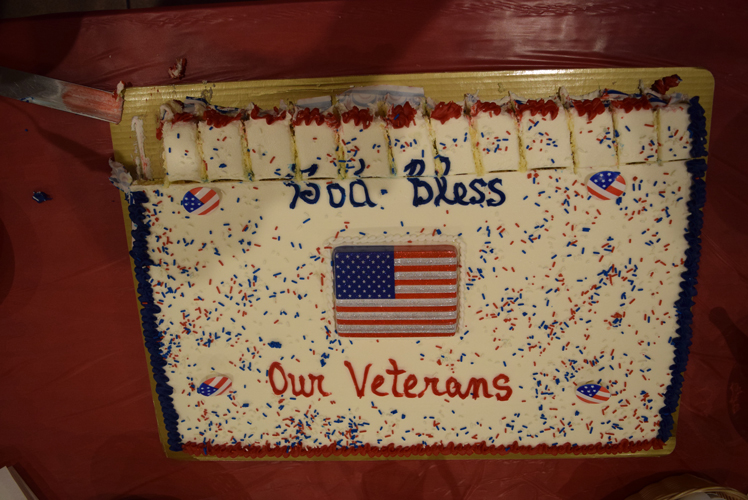 Nespoli said gratitude to veterans is something she learned in school and wanted to share with the children of the religious education program. So, the children learned a bit more about the men and women who served in the armed forces and wrote letters of appreciation.
“Thank you, Hero, for all your service,” a letter from Madeline Zempoal Lecah said. “Thank you for putting you lives at risk for us. We are so thankful for that! Not many people would be brave enough to do that for us! May God be with you always and forever.”

1st Sgt. Sergio Gallardo, who served in the U.S. Marine Corps from 1976 to 1996, said he felt honored, appreciated and a little humbled by the affair. He said he doesn’t feel worthy of such praise because for him it was an honor to serve. However, he did bring high schoolers from his JROTC squad to the Mass to help them feel like part of the community. The youth marched up to the altar before the start of the Mass in full uniform. 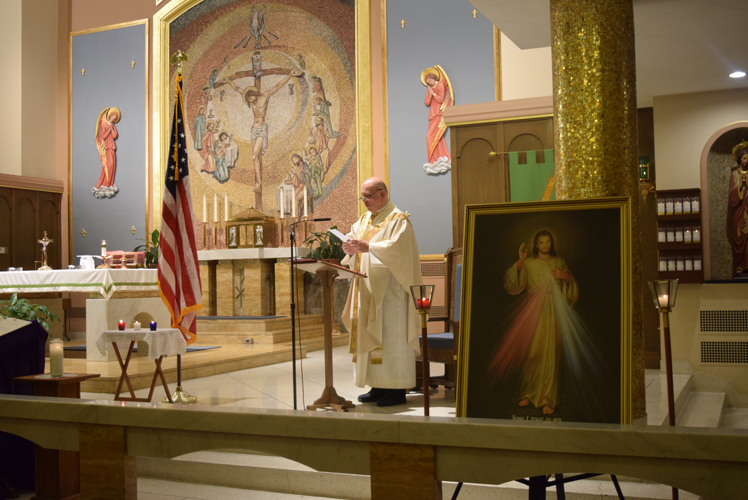 During his homily, Father Fred Marano, pastor, reminded the congregation that the Church on earth is the Church Militant.

“When we are in battle against evil, we are like soldiers,” he said. “We must fight against the forces that would silence us” armed with prayer.

In this way, St. Martin of Tours is an important role model not just for soldiers, but for all Christians, Father Marano said. He was the first saint to be canonized in the Church who was not a martyr, exemplifying a life dedicated in the service of Christ.