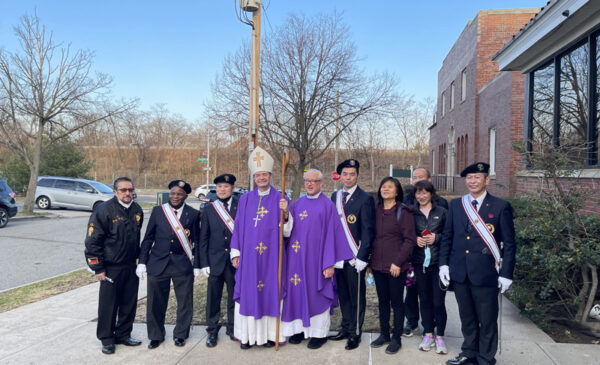 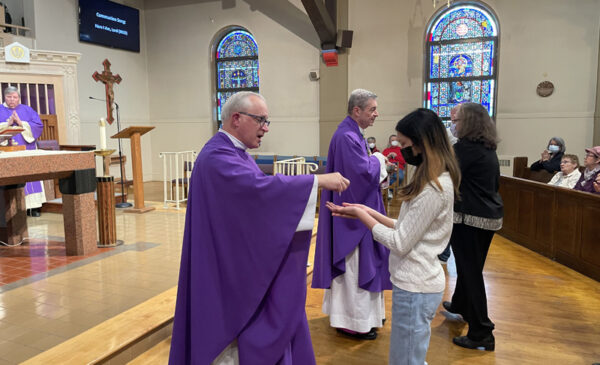 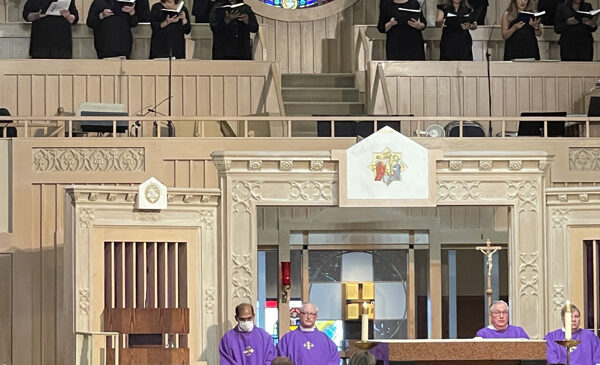 ‘We’re on this journey together as a people of God,’ Says Father Kachurka

BELLEROSE — The new pastor of the Church of St. Gregory the Great, brought in to help the parish heal following the removal of the previous pastor, began his tenure with a promise to be a true partner to his parishioners.

“This day is not about me being installed as pastor. It’s about all of us in our journey together,” Father Edward Kachurka told parishioners at his installation Mass at the church in Bellerose on Sunday, March 20.

Father Kachurka, who had been serving as pastor of Mary’s Nativity-St. Ann Parish in Flushing, was appointed by Bishop Robert Brennan to become pastor of the Church of St. Gregory the Great after Father John O’Connor was removed from the parish, and from ministry, in January following misconduct allegations that were deemed credible by the Diocesan Review Board (DRB).

The DRB was investigating claims contained in a Child Victims Act (CVA) lawsuit filed in August 2020 when it uncovered new evidence relating to an accusation of inappropriate internet contact that Father O’Connor had with minors in March 2000.

The DRB recommended to Bishop Brennan that Father O’Connor be removed from ministry and the bishop accepted the recommendation — a decision which means Father O’Connor is prohibited from celebrating Mass publicly, performing public ministerial duties, and living in an ecclesiastical residence.

Father O’Connor had been the director of the Liturgy Office for the Diocese of Brooklyn — a position he also lost.

With the arrival of Father Kachurka, the Church of St. Gregory the Great now begins a new chapter.

Bishop Brennan celebrated the March 20 installation Mass. Several of Father Kachurka’s fellow priests were also on hand, as were members of his family. At one point, the pastor shed tears while introducing his family to the congregation.

In his remarks, Father Kachurka made it clear how he sees his new role.

“I intend to be your shepherd, but at the same time I want you to realize while I’m standing up here preaching, or celebrating the Eucharist at this altar, you’re administering to me,” he told the parishioners.

“We’re on this journey together as a people of God. I look forward to many years of working together as a family,” Father Kachurka added.

Bishop Brennan, who recalled that he and Father Kachurka were ordained into the priesthood the same year, 1989, said he approached his friend about the assignment at St. Gregory the Great knowing that it was a lot to ask.

Father Kachurka responded by saying that was willing to go where Bishop Brennan needed him.

“And I appreciate that a whole lot,” Bishop Brennan said.

Father Kachurka is eager to work with parishioners to build a new chapter at the church.