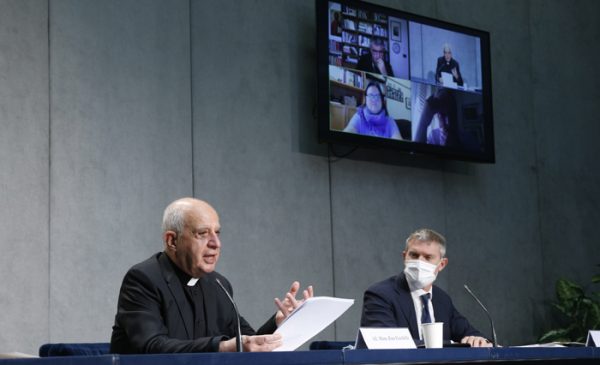 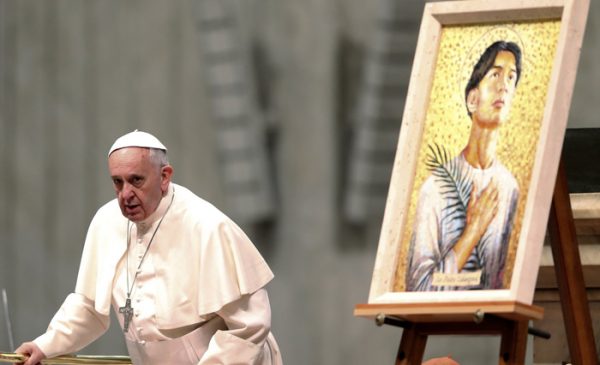 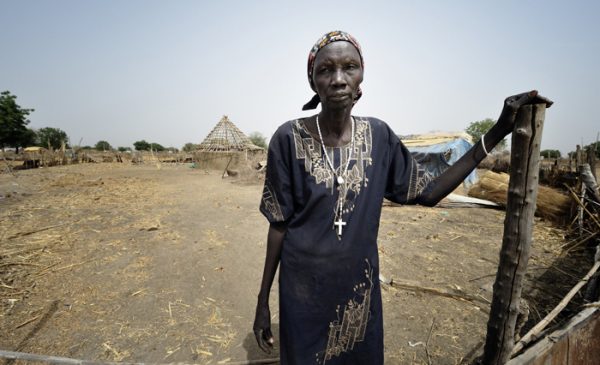 MANHATTAN — The U.S. Bishops Conference chairman of evangelization and catechesis is calling the Vatican’s recently instituted ministry of the catechist a “beautiful thing” to try to evangelize an increasingly secularized nation.

“This is a way to highlight that we really need to take catechesis seriously because we need people who are officially trained and commissioned to do this important work,” Auxiliary Bishop Andrew Cozzens of St. Paul and Minneapolis told The Tablet. “This is the next and a very important step in making sure our catechists are well-formed and equipped and well commissioned to do the important work they have to do.”

Pope Francis instituted the new ministry on Tuesday, May 11, in the form of an apostolic letter titled Antiquum Ministerium (“Ancient Ministry”).

The document allows lay men and women “of deep faith and human maturity” and that are “active participants in the life of the Christian community” to be instituted as catechists in their local diocese. The pontiff said the Congregation for Divine Worship and the Discipline of the Sacraments would soon publish the Rite of Institution for the ministry.

Pope Francis also invited national bishops’ conferences to “render effective” the new ministry and to determine “the necessary process of formation and the normative criteria for admission.”

Bishop Cozzens said his committee would discuss the document and guidance for bishops to implement the new ministry at the bishops’ June meeting. He doesn’t have a timetable for when something will be implemented, adding they’ll take their time “to make sure we do it well.”

“We’re going to try and do our best to assist bishops to make sure that that relationship (with the catechists) is established well to carry out the work that’s needed,” said Bishop Cozzens, noting the importance of the complementary relationship between the bishops and laity.

“This document highlights that this call [to catechist ministry] flows from baptism, and when we get the complementarity right between the clergy and the religious and the laity, the Church is able to be fully herself,” he continued. “To me, this is not about encroachment of roles or anything like that. This is about allowing the Church to become fully herself by properly recognizing a vocation in the Church that’s been lived since the beginning.”

Those who work in faith formation and evangelization at the diocesan level also applaud the document and look forward to its implementation in the states.

Father Paul Soper, the secretary for evangelization and discipleship for the Archdiocese of Boston, called it the “continued implementation of the second Vatican council.”

Father Soper said the document helped formalize the “present reality” of the layperson’s role in catechesis.

“It is abundantly clear to us that the Holy Spirit has given these gifts of teaching, of formation, of catechesis broadly among the laypeople of the Church, and we’re just acknowledging that,” Father Soper told The Tablet.

Patrick Krisak, the director of faith formation and missionary discipleship for the Archdiocese of Boston, said one of the benefits of laymen and women being instituted as a catechist is that they can serve as a bridge between the clergy and laity.

“It’s helpful for the laypeople among the parishes at large to have people who are involved in catechesis at the parish and diocesan level who are in their same state in life, and can call them to holiness from within a similar example of a similar state,” he told The Tablet.

Kevin Foy, the Archdiocese of Chicago director of lifelong formation, said the document is “recognition that the Church exists to make Christ known in people’s everyday realities and the laity live those everyday realities and so, of course, they need to be lifted up and supported and encouraged to do just that.”

Bishop Thomas Paprocki of Springfield in Illinois, who has a doctoral degree in canon law from the Pontifical Gregorian University, told The Tablet the document is a follow-up to extending the role of acolytes and readers to women, which Pope Francis did in January.

“This is another step of saying that there’s another ministry in the Church that is very important,” Bishop Paprocki said. “Lector and acolyte are more associated with the liturgy, while the ministry of catechist is associated with evangelization.”

In a conversation with The Tablet, Jemima Rosario Sullivan, a professor of catechetics at the Catholic University of America, called the document “providential” for the U.S., particularly given the rise in religious disaffiliation and decline in church membership from the younger generations.

She said it puts the ministry of the catechist back at the forefront of the Church.

“It seems to be saying the ministry of the catechist is not an isolated activity that takes place on the margins or kind of peripheries of church or parish life, but it’s really at the heart of the Church’s evangelizing mission,” Sullivan said.