While the Roman Catholic Diocese of Brooklyn and Queens was granted six Holy Doors in this Jubilee Year of Mercy, there actually exists a seventh set of Holy Doors within the boundaries of the diocese at the Cathedral of Our Lady of Lebanon in Brooklyn Heights.

Located at Remsen and Henry streets, the cathedral is the mother church of the Eparchy of St. Maron of Brooklyn, an Eastern Catholic diocese serving Maronites all along the East Coast.

Nearly two-dozen pilgrims from as far as Florida, Illinois and Pennsylvania journeyed to the Brooklyn cathedral for the chance to pass through its Holy Doors and attend the Mass of the Chrism on Wednesday afternoon, March 16. Maronite Bishop Gregory J. Mansour presided.

Alternating between Arabic and English, the bishop consecrated the oil of chrism that will be used to administer sacraments in diocesan parishes in the coming year, and blessed the oils of the sick and the catechumens.

Although the Chrism Mass is traditionally celebrated during Holy Week, it was held earlier due to the scope of the Maronite diocese, which includes 16 states, and the distance clergy must travel to attend the Mass. Nine priests, three deacons and a subdeacon were present.

Following the liturgy, the bishop, clergy and congregation shared a traditional Lenten meal, including fish, pumpkin kibbeh and cabbage salad, and the Holy Doors were opened for passage for visitors and locals alike.

Reflecting on the Year of Mercy, Bishop Mansour described it as “a sweet caress from the Almighty.”

“It’s a grace,” he said. “It helps us repent of our sins when we know our God is merciful.”

The bishop says he has already seen an increase in mercy in the lives of parishioners who have had deep problems and concerns gradually diminish since the Year of Mercy began.

“The doors are so powerful,” said Tessa Kocan, a Roman Catholic visiting from Chicago, Ill. She works as a consultant for the eparchy, and was excited to be in Brooklyn. “It’s a great gift the Church has given us.”

The idea of making a pilgrimage, a deliberate effort to seek out the doors and an encounter with God, is what most appeals to her about this Jubilee Year. “It’s a tangible action you can do to experience God’s mercy,” she said.

She admired the cathedral’s mahogany Holy Doors, which lead from the vestibule to the main worship space. The set originally stood in steel magnate Charles M. Schwab’s Manhattan mansion.

Our Lady of Lebanon parishioner Leila Vogl was delighted to welcome Kocan and other pilgrims who came to experience the doors.

Walking through the doorway, she said, “It’s like the Holy Spirit comes up on you. You feel the Spirit right away.”

Vogl feels the Year of Mercy is “a beautiful year from the pope,” a wonderful way to “gather people together to pray to God and praise Him.”

More than 150 parishioners and clergy gathered for the ceremonial opening of the doors on the feast of the Immaculate Conception last December. During Lent, parish children walked through the doors on the day of their first reconciliation, as did 60 parishioners who joined in an evening of recollection on the theme of encountering mercy.

Msgr. James A. Root, cathedral rector, noted that the doors are open every day, weather permitting, so everyone has the opportunity to experience the graces they hold.

Eight members of St. Maron Maronite Church in Philadelphia, Pa., sought those graces as they stepped through the doorway with their pastor, Father Vincent Farhat, after the Chrism Mass.

Barbara Dahdah had visited the Holy Doors at the Shrine of Our Lady of Czestochowa in Doylestown, Pa., but experiencing the doors of her own diocesan cathedral touched her heart.

She described this Year of Mercy as a calling to “grace, spirituality” and an “awareness” of God and others. It is a reminder, she said, to “be kind and compassionate to everyone I come across.”

Taking one of the prayer cards imprinted with Pope Francis’ Jubilee of Mercy prayer, she read it quietly and then asked Msgr. Root to hear her confession so she could meet the requirements for a plenary indulgence.

The opportunity for confession is available at the cathedral anytime people wish to avail themselves of the sacrament, Bishop Mansour said. During Holy Week, the bishop and priests were on hand to hear confessions before and after every service.

“I think the ‘Year of Mercy’ needs to be the ‘Lifetime of Mercy,’” noted Father Farhat. “We can never have enough mercy, and we can never show enough mercy and forgiveness to others. Hopefully, this (jubilee) year will help people to do more of that.”

A major highlight of the Jubilee Year will be when the cathedral hosts the relics of St. Sharbel, April 9-10. Two days of devotions, a youth rally and nocturnal adoration are planned. It will begin with the relics being incensed at the Jubilee Doors by Bishop Mansour.

Msgr. Root said the Lebanese saint, who is beloved among both Christians and Muslims, and has a strong following in Mexico, could be seen as a “saint of mercy” for all of the miraculous healings that have been attributed to his intercession.

And being able to venerate the monk’s relics on U.S. soil is a blessing for Lebanese-born parishioners like Zahia Abi-Habib in this Holy Year.

“It’s a year to be thankful to God for everything He’s given to us,” she said. 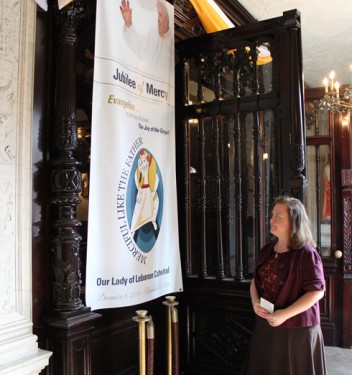 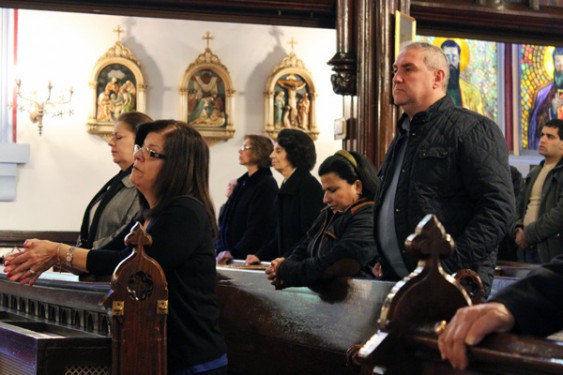 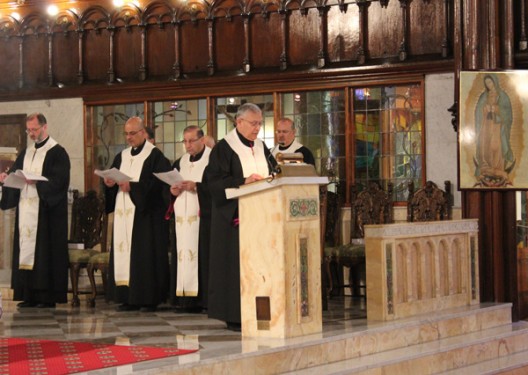 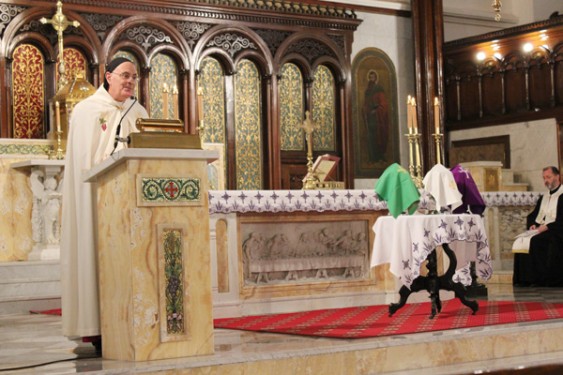 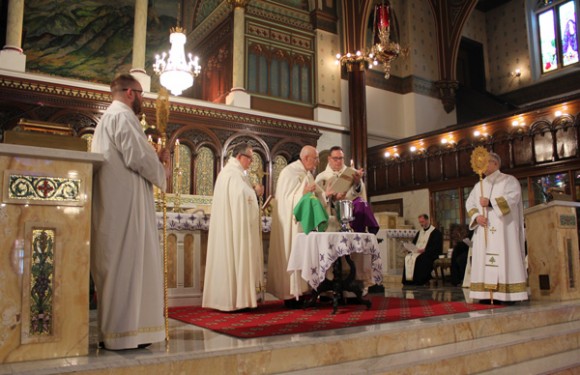 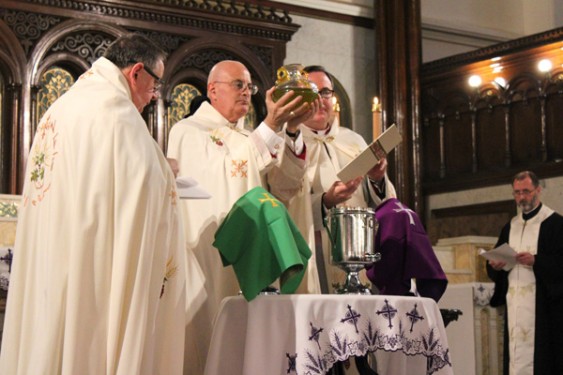 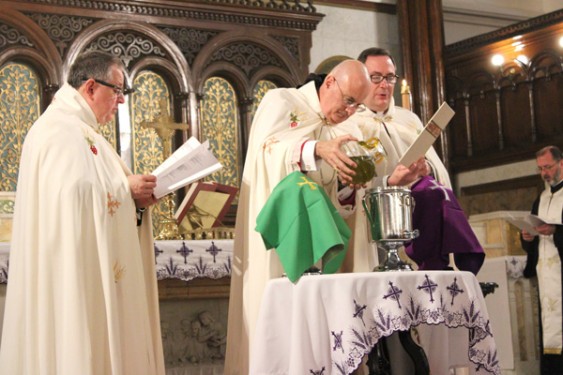 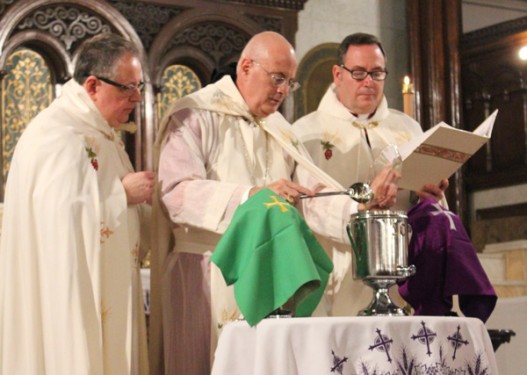 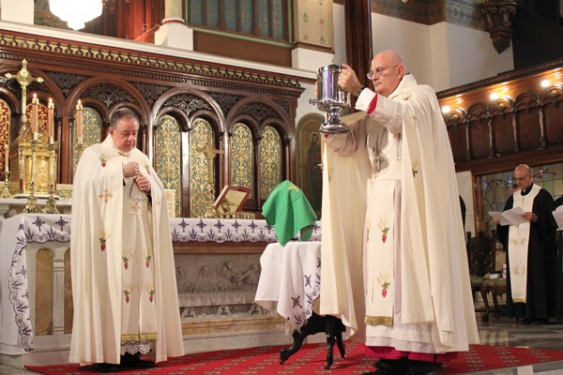 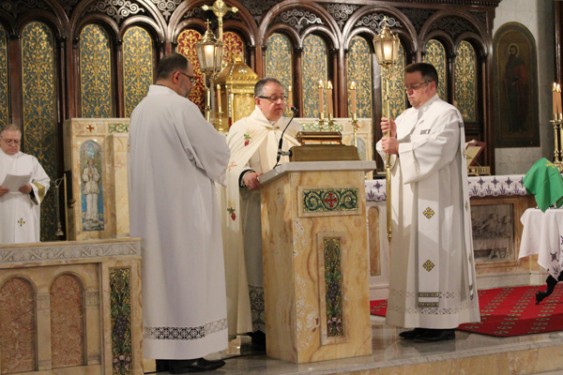 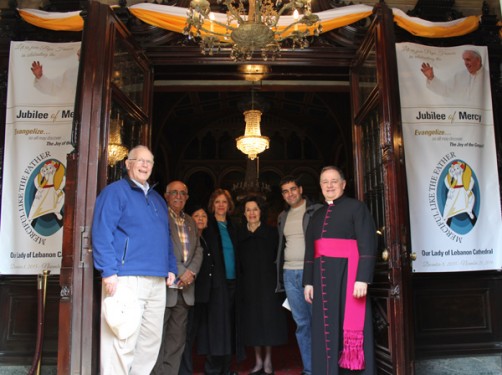 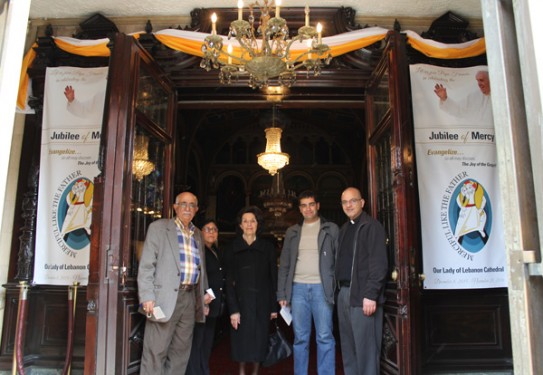