WINDSOR TERRACE — Months ago, 11-year-old Romeo Cox in Italy secretly hatched a plan to somehow visit his grandmother Rosemary in England. Romeo and his granny hadn’t seen each other in a year and a half when the coronavirus pandemic struck. So, he repeatedly asked his parents if he could walk to see her because he missed her. After much persuasion and good behavior, Romeo’s parents agreed to the idea, making sure that all health and safety protocols would be followed throughout the journey.

“At the time [of quarantine lockdown], there weren’t any planes or cars, and you couldn’t use fuel to travel. You had to be in your home,” Romeo explained to Currents News’ anchor Christine Persichette. “So I decided to do walking — something without using petrol to also help the climate.”

When travel and lockdown restrictions relaxed in Italy in late June, Romeo and his father Phil began to plot their trip formally. The route they chose, according to Romeo, followed many stretches of the Via Francigena — a route that pilgrims traveled for centuries to get from Canterbury, England to Rome, Italy.

Over 93 days, Romeo and his dad walked, cycled, and sailed their way through Italy, Switzerland, France, and England. They left their hometown of Palermo, Sicily, on June 25, walking and cycling into the mountains toward Messina. Later, they sailed to mainland Italy. In Tuscany, they were assisted by a donkey named Pedro, who carried their rucksacks as they walked. Romeo said the experience was almost like traveling from town to town in medieval times. They started their days at 4:30 am, usually walking about 12 miles a day.

Though Romeo and his dad sometimes spent their nights sleeping under the stars, they also witnessed and experienced goodwill from strangers, who opened their homes and businesses to them. Local priests and nuns invited the father and son to rest in their Catholic churches and convents for the night. In Italy, they stopped in the San Basilio neighborhood, Novara di Sicilia, the St. Francis Convent in Tuscany, and San Biagio parish in Minturno. They also visited the Cathedral of Notre-Dame in Reims, France, taking in its architectural beauty and 13th-century stained glass windows.

Romeo elaborated on how their kindness was greatly appreciated, especially when he and his dad were physically exhausted.

“In Italy, especially, it was very stressful with the weather, and the darkness at night was just awful with mosquitoes,” Romeo said. “They accommodated us, gave us food and water, and let us sleep inside.”

In late September, the duo made it to their old hometown of Hackney, where friends and locals greeted them with a welcome banner and desserts. Before they could see Granny Rosemary at her house, Romeo and his dad had to quarantine for two weeks. Rosemary and Romeo finally reunited on Oct. 4 with the biggest, tightest hug imaginable.

“I’m proud of him,” Phil Cox told 7NEWS Sydney on Oct. 3. “As adults, we can often learn quite a lot from just the simplicity and directness of children.”

Fundraising Along the Way

The summer-long trip had a two-fold purpose. Not only would Romeo see his granny again, but he also raised money for the Refugee Education Across Conflicts Trust (REACT).

When Romeo and his parents moved to Sicily two years ago, Romeo felt lost because he didn’t know the language, geography, or anybody who lived there. But a group of migrant children quickly befriended him. One child in particular — Randolph, who is originally from Ghana — taught Romeo the streets of Palermo and some of the local Sicilian dialect.

“They just invited me in as if it was my home,” Romeo told Currents News. “I want to give back by giving them an education because, during the lockdown, I saw how many kids didn’t get the chance to study online.”

As of Nov. 3, they had raised nearly $25,000. The money will go towards purchasing 50 tablets and Wifi devices for young refugees and local disadvantaged children and funding a drop-in and community center in Palermo.

To donate to Romeo’s cause, visit justgiving.com/fundraising/romeosbigjourney. 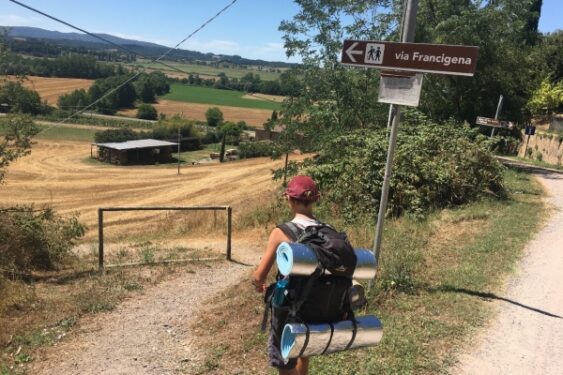 Romeo's big journey followed many stretches of the Via Francigena, which was a route that pilgrims often traveled to get from Canterbury, England to Rome, Italy. (Photos: Courtesy of Romeo Cox) 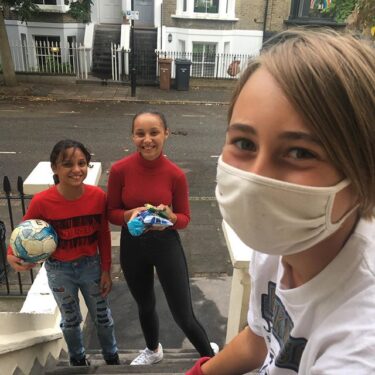 While quarantining in Hackney, London, Romeo's neighbors Olivia and Elizabeth stopped by to give him biscuits and a soccer ball to kick around in his bedroom. 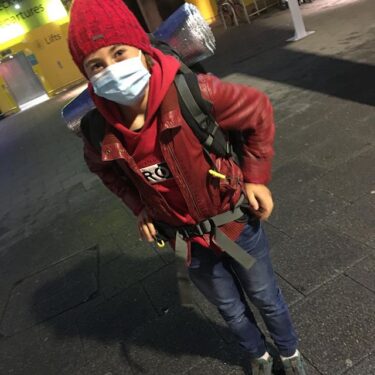 After 93 days on the road and giving his grandma Rosemary the biggest hug ever, Romeo returns to his hometown of Palermo, Italy. 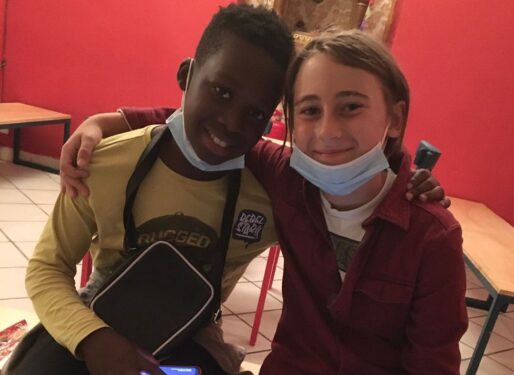 On Oct. 7, Romeo finally reunited with his best friend Randolph, who partially inspired his summer-long journey.