America will fall in love with Pope Francis when he visits in September.

That is the prediction of Austen Ivereigh, author of “The Great Reformer: Francis and the Making of a Radical Pope,” who was the main speaker at the Brooklyn Diocese’s celebration of World Communications Day on May 13.

The day-long conference held at the Brooklyn Marriott centered around the upcoming visit by the Holy Father. Ivereigh was presented the diocese’s St. Francis De Sales Distinguished Communicator Award. The conference was organized by the DeSales Media Group, the parent company of The Tablet and NET-TV, the newspaper and television station of the diocese. 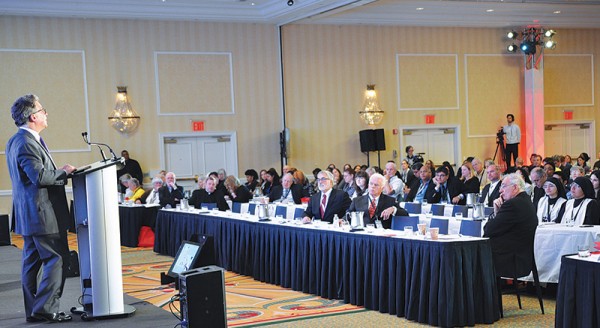 Austen Ivereigh, author of “The Great Reformer,” a biography of Pope Francis, was the keynote speaker. 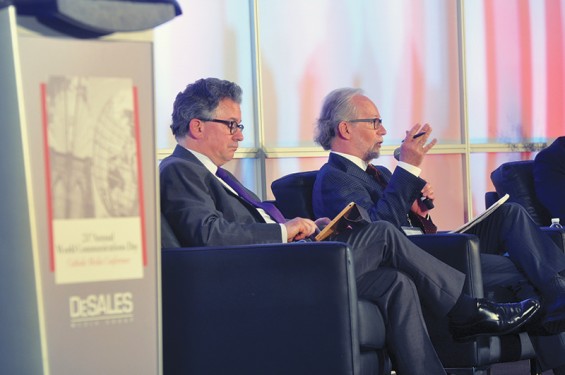 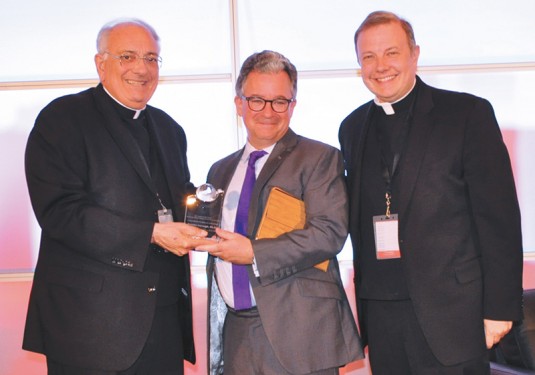 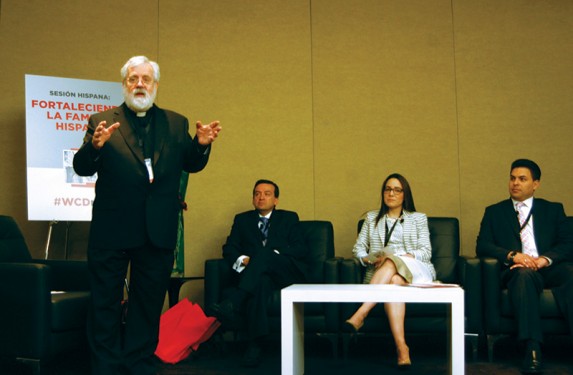 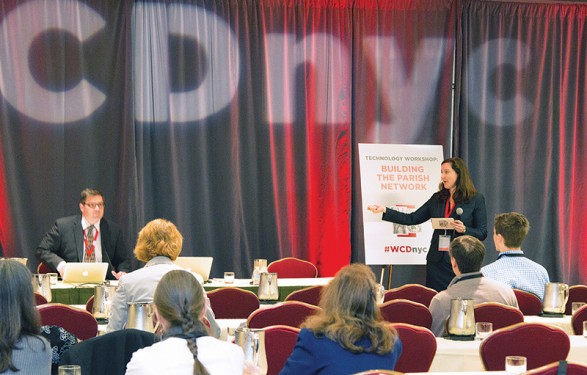 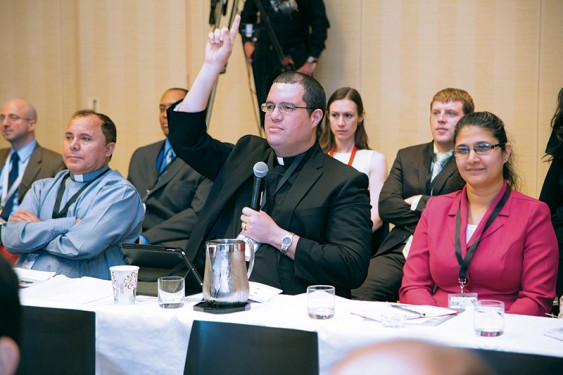 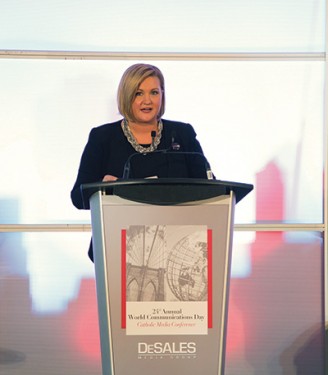 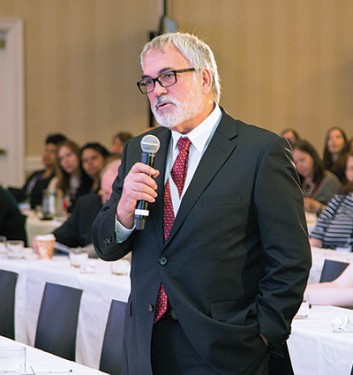 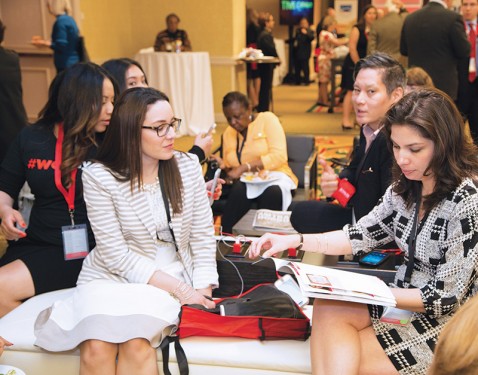 DeSales staffers chatted among themselves.

“I think he’s going to give an incredibly robust speech to Congress,” Ivereigh said. “It’s going to be absolutely fascinating.

“He’s going to tell the politicians – connect with ordinary people, serve the common good, serve the most vulnerable in society.

“To the U.N., he’ll be talking about climate control and that will be very powerful. He will have different message for the various audiences.”

Saying that “we are living in exciting times,” Ivereigh explained that Pope Francis is “appealing in ways that no pope has been in years.” Yet, he claimed, this pope is difficult to explain. He said that Pope Francis is leading a Church revolution that goes to the very roots of its structures and practices.

He said it is easy to misunderstand Francis’ reform. The pope finds new ways to express the teachings of the Church, but he is not changing doctrine as many seem to think. He rejects a Church of wealth, power and ego, and instead emphasizes a Church of and for the poor.

Pope of the Peripheries

Francis is emphasizing change that comes from the peripheries of the Church, so he has established a council of eight cardinals from around the world to restructure the central Curia in Rome.

Everything he does and says is consistent with the Catholic tradition and has a pastoral purpose that is based on the mercy of God.

“He teaches an old-fashioned religion in new terms that sound different,” said the British-born author.

“For Francis, mercy is the key to evangelization,” said Ivereigh.

He also said that “Francis is a Gospel radical who wants to purify the Church from spiritual worldliness.” He is calling for honesty, integrity and transparency when preaching the Gospel. He also believes in a “messy” Church in which everyone has their say and the Holy Spirit is allowed to act.

As part of the conference program, veteran Vatican correspondents shared their experiences of covering papal trips.

John Thavis, former head of the Catholic News Service at the Vatican, said that there is a new style of communicating in Rome. Sometimes, the Vatican media office doesn’t even know what the pope will say because he strays from prepared texts.

Thavis says he wonders what the long-term effect of the Francis papacy will be because “I don’t see people out there in the parishes willing to take up and run with the papal message. Bishops and priests are waiting and watching what is happening. They seem to asking ‘What does he want us to do?’”

Thavis recommends that people put aside their pre-conceived notions of the pope during the upcoming trip and simply listen and watch what actually happens.

“I’ve seen popes come into their own on some of these trips,” he said.

Another panel of diocesan information directors presented some of the preparations that are taking place for the visit.

Joseph Zwilling, director of communications for the Archdiocese of New York, said “There is a tremendous excitement for this trip. This pope has captured the imagination of the world. He will get a warm reception here. We’re expecting tremendous crowds.”

The directors explained that smaller venues are being used for papal Masses so as not to overshadow the Conference on Families in Philadelphia, which is the main purpose of the papal pilgrimage.

Video From Currents on NET TV