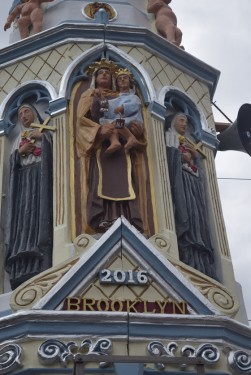 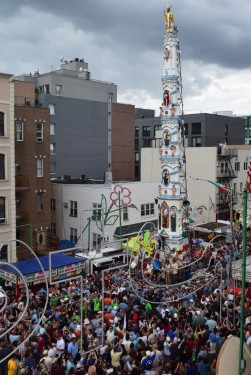 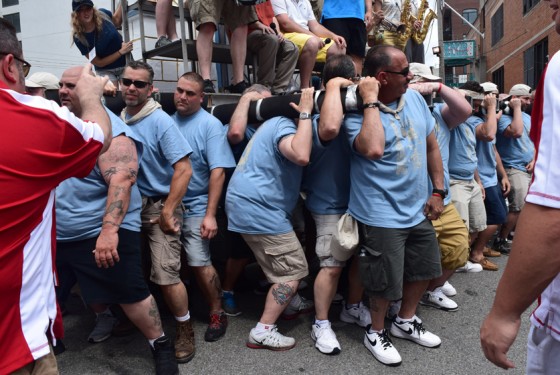 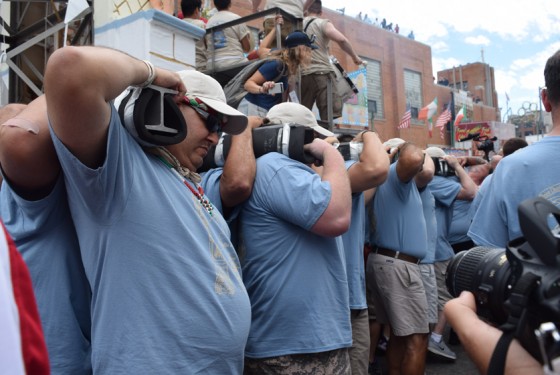 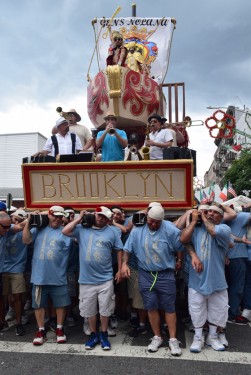 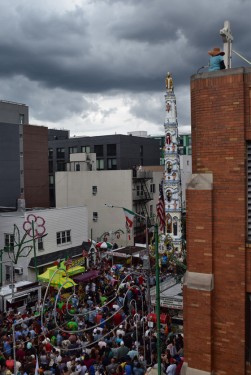 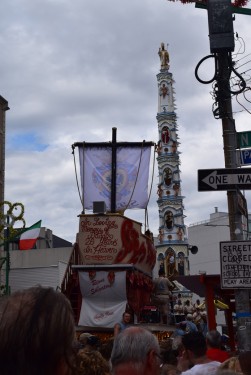 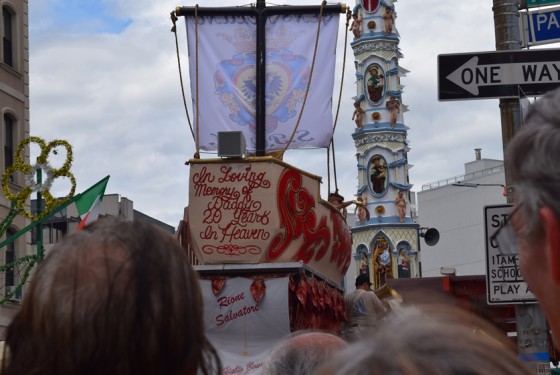 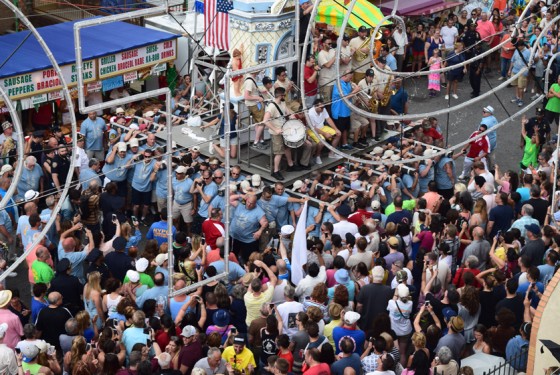 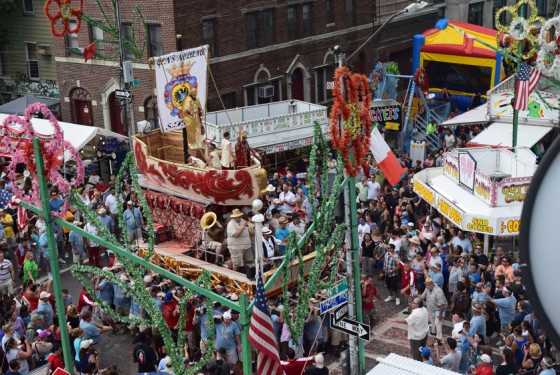 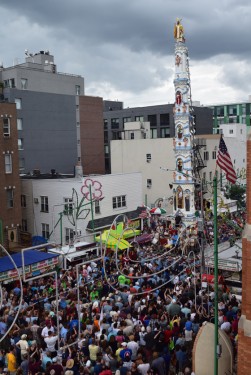 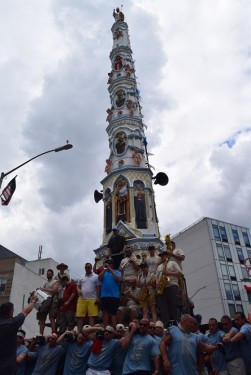 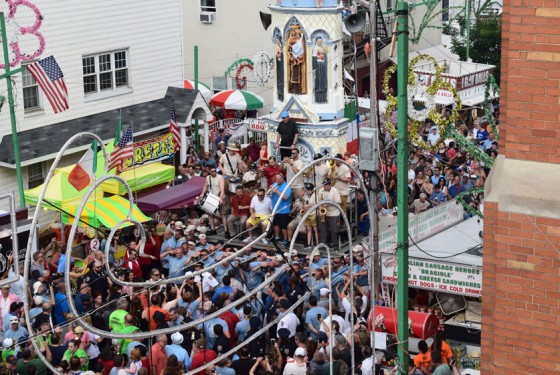 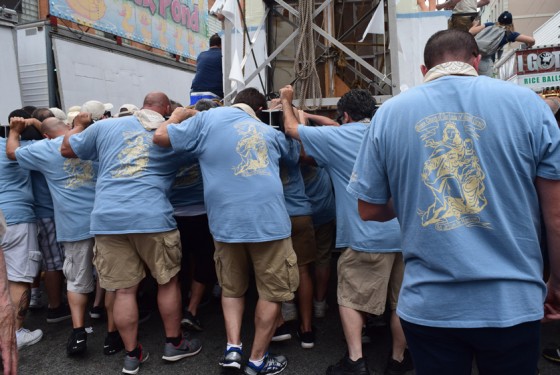 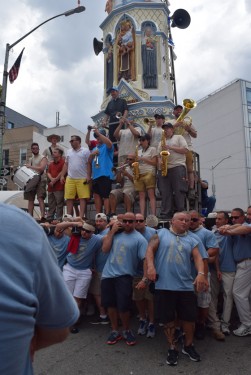 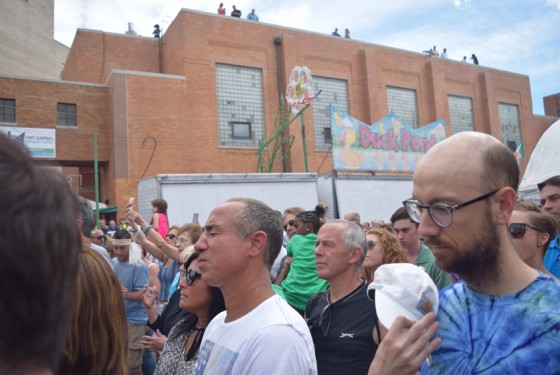 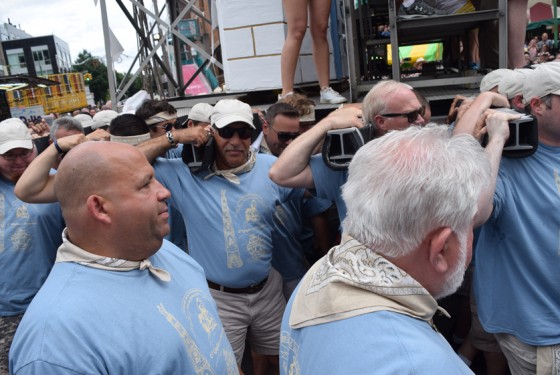 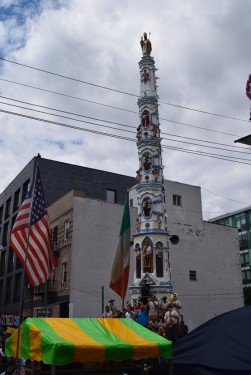 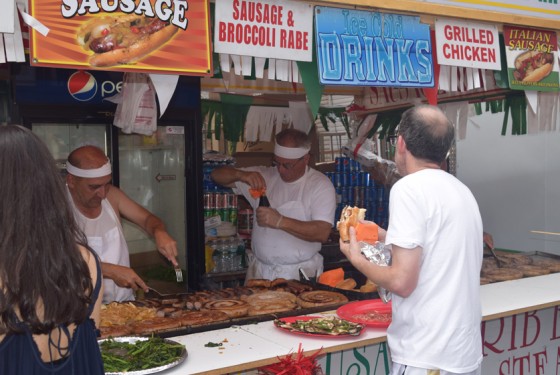 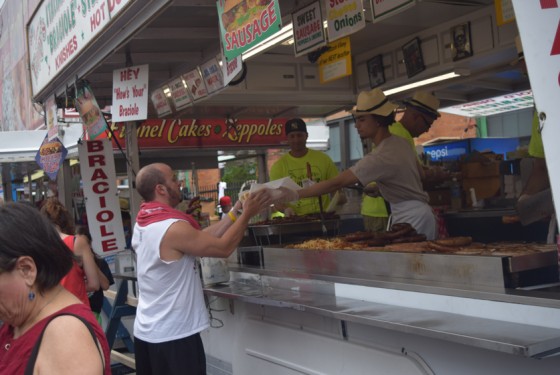 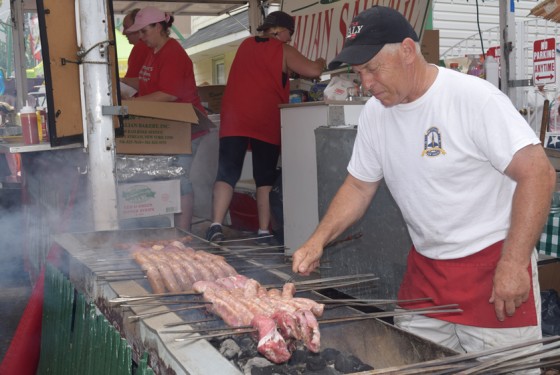 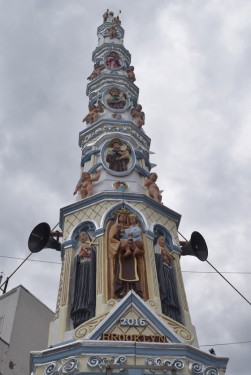 For the 129th year, the Italian community of Our Lady of Mt. Carmel, Williamsburg, reenacted a fourth-century pageant commemorating the return of the Bishop of Nola, St. Paulinus, from captivity. The saint had offered himself as a hostage in return for the town’s children who had been taken into slavery to North Africa. His release from Moorish slavery was cause for a great festival, which started the tradition throughout southern Italy. St. Paulinus was returned to his people by boat, a Moorish galleon with a Saracen crew. On the shores of Nola, the joyous townspeople held raised lilies in their hands as a sign of homage to San Paolino. The Lily, or Giglio as it is called in Italian, has been transformed into a 72-foot-tall tower weighing 4 tons and colorfully adorned with flowers and angels and topped with a statue of San Paolino. Both structures are staffed with full orchestra and singers providing entertainment. Three hundred and fifty Italian-American men lift the Giglio and boat, in a dance toward each other on the streets in front of the parish under the direction of a single man called in Italian the “Capo Paranza” or “Capo.” Photos (C) Antonina Zielinska, TheTablet

See Bishop Nicholas DiMarzio’s thoughts on the feast, which in Williamsburg lasts for two weeks, and the devotion to Our Lady of Mt. Carmel: here

2 thoughts on “Italian Feast Honors St. Paulinus and Our Lady of Mount Carmel”