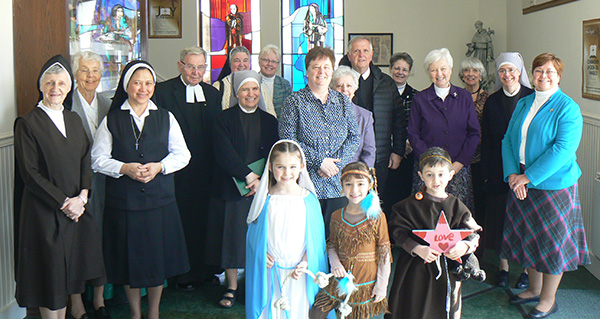 To celebrate the Year of Consecrated Life, Ave Maria Catholic Academy and Our Lady of Grace parish, Howard Beach, held a Consecrated Life Vocations Fair on March 22. Fourteen religious communities attended, including the Franciscan Friars of the Renewal, Servants of the Lord and Virgin of Matara, Caritas Christi Secular Institute and The De La Salle Christian Brothers. The event began with noon Mass. Some students dressed as their favorite saints. Everyone processed to the school hall after Mass where colorful displays for each community had been created by each class.

The focal point was a large “Post It Prayer” Cross which contained a prayer from each of the 400 OLG religious education students and 200 AMCA students, as well as hundreds of parishioners. The formal presentation was emceed by Sister Maryann Lopiccolo, S.C., diocesan delegate for religious. The event wrapped up with AMCA’s Catholic Identity Team’s announcement of the establishment of the Ursuline Award in honor of the Ursuline Sisters of Tildonk who staffed Our Lady of Grace School for 75 years. The award includes a monetary gift and will be given to a graduating AMCA student who embodies the Ursulines’ charism of service. 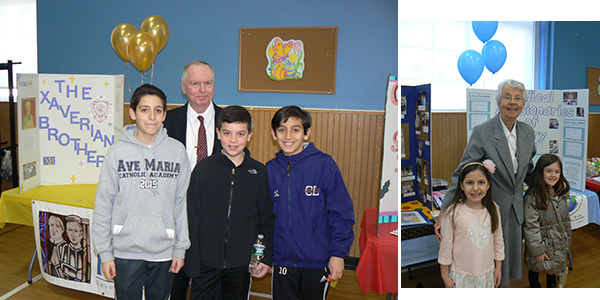