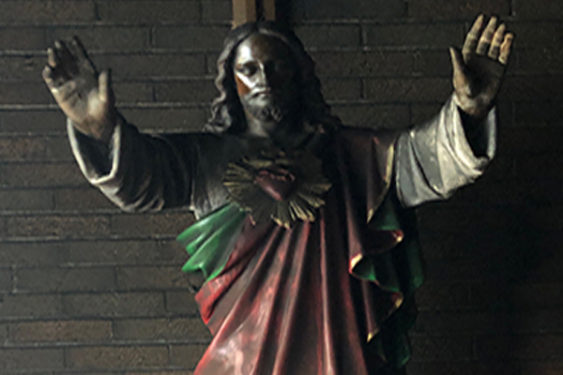 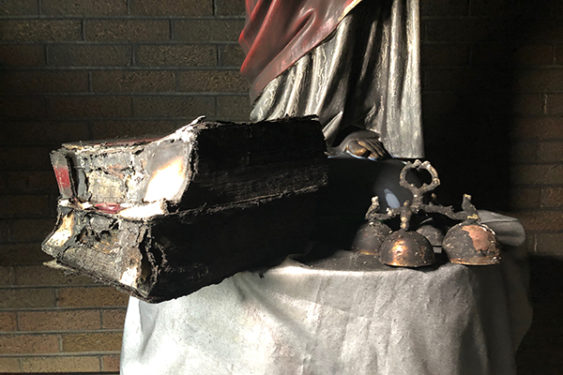 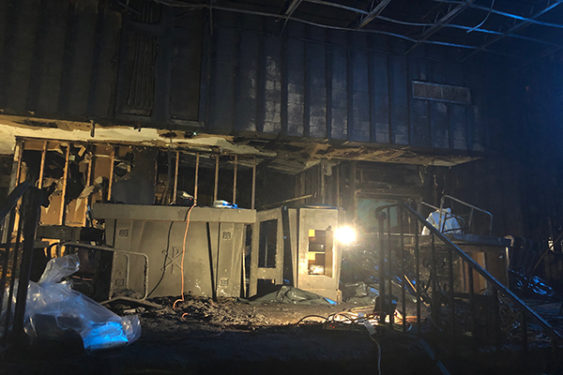 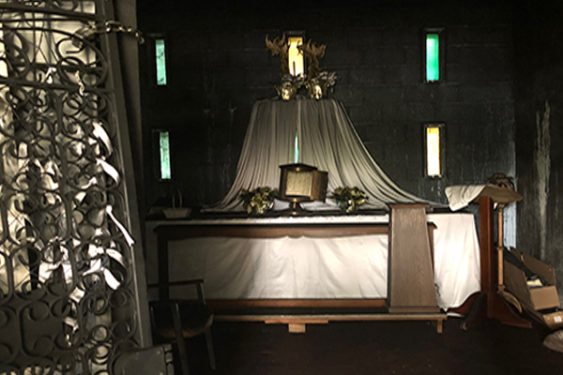 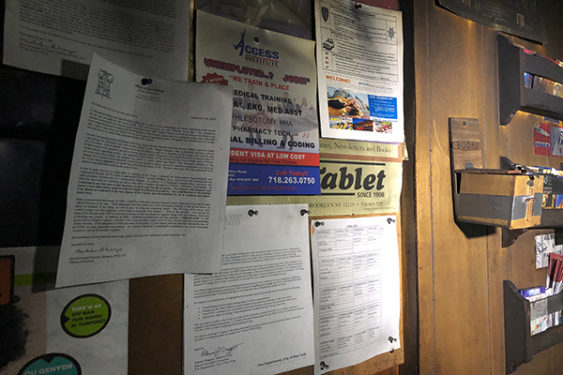 When Fiano Jackman returned to Rosedale on the evening of June 16 from a two-week mission trip to the Holy Land and the Vatican, she discovered awful news: A fire had struck her beloved St Pius X parish just before 5 p.m. on that day.

“This place is my home — it’s been a big part of my life, ever since I first came here [from Haiti],” she told The Tablet after a morning Mass on June 17 in the basement of the parish’s rectory. “This is a close-knit community.”

The FDNY received a report of a fire at 4:55 p.m. on June 16, and 25 units and more than 100 FDNY firefighters were on the scene minutes later, according to FDNY spokesman Frank Dwyer. The blaze was brought under control at 5:53 p.m.

Video footage obtained by CBS News showed smoke coming from the back of the building around the time of the call. Photos from the scene also show heavy damage inside the building. No one was inside, according to reports, and no official cause has been determined at the time of this report.

Two firefighters sustained minor injuries, according to Dwyer, and no other injuries were reported.

“The Diocese of Brooklyn is deeply saddened by the devastating fire that ripped through St. Pius X in Rosedale,” Adriana Rodriguez,  spokeswoman for the diocese, said in a statement. “We are grateful no one was injured during this fire and extend our appreciation to the FDNY firefighters who courageously battled this blaze.”

FDNY officials said the cause of the fire is under investigation.

Father Jean-Miguel Auguste, who has been pastor of St. Pius X for seven years, was coming home from the Vatican mission trip with 52 of his parishioners — including Fiano Jackman — when he heard the news.

“And then coming back home, I was on the plane when somebody sent me a text that said, your church was on fire this afternoon. I was quiet in the airplane, and I started to pray — I prayed to Padre Pio, to St. Pius, on behalf of our community.”

He arrived back at the parish at 10:15 p.m. to find police and concerned neighbors and parishioners waiting for him.

“Some of them have been living and attending Mass here for more than 60 years. This was the only community they had,” Father Auguste said.

Father Auguste also said that everything in the sanctuary and sacristy was destroyed in the fire, including the book to celebrate Mass.

Five priests, including Father Piasta, also came to help address the immediate needs of the parish on the day after the fire.

“They all came to support me, to cry with me, to cheer me up, to say, ‘Hey brother, we are with you,’” said Father Auguste, through hopeful tears. “This is what the Church is about. We’re going to stick together, we’re going to pray together, and we’re going to make it.”

Father Tom Pettei , episcopal vicar for Queens, said he drove from upstate New York the day after the fire, with supplies and support.

“It’s a traumatic event, to have a fire in your parish, in a place where people have worshipped for many years — so it’s a pretty traumatic event for both the people and the priests,” Father Pettei said.

“In this particular fire, the sanctuary is really not usable at all, so it’s a question of what has to be restored and what would be involved after initial investigation and clean-up. In the meantime, we are just focused on keeping the community together to celebrate Mass.

“The miracle is that nobody was hurt … but the church is about the community itself, not so much the building.”

The fire at St. Pius X comes just over two months after a fire destroyed much of the historic Notre Dame Cathedral in Paris, raising the question of the state of old churches, including the 107-year-old Co-Cathedral of St. Joseph on Dean Street. The local fire department (Engine 219) has reviewed building plans of St. Joseph’s, but did not have a formal inspection, according to  Matthew McKeon-Slattery, deputy director of external affairs for DeSales Media Group.

Meanwhile, St. Pius X plans to continue with its scheduled Masses and activities. Daily Mass will be celebrated in the basement of the rectory and weekend Masses will be held next door in the cafeteria at Success Academy (formerly St. Pius X Elementary School).

Funerals, baptisms and weddings will be rescheduled to sister parishes, including St. Clare, Rosedale, and St. Mary Magdalene, Springfield Gardens.

“Diocesan officials are still assessing the damage and a worship plan for parishioners who attend Mass at St. Pius X every day will be developed,” Rodriguez, the diocesan spokeswoman, said.

On weekends, about a thousand parishioners attend Mass, celebrated in three languages: English, Creole and Spanish. The parish also has many Haitian-Americans.

“This is what makes the parish [of St. Pius X] special,” Father Auguste said. “It’s not because we had a wonderful, beautiful, spacious building. That has never been the case. But we have people — we have the music, the liturgy, the services, the sacraments, and the way we perform them.

“We come from Brooklyn, Rhode Island, Far Rockaway, from everywhere to congregate, and it’s not because our church is the most beautiful. It’s about the interior, the spiritual nourishment that people receive here.  No matter what, it will come and come.”